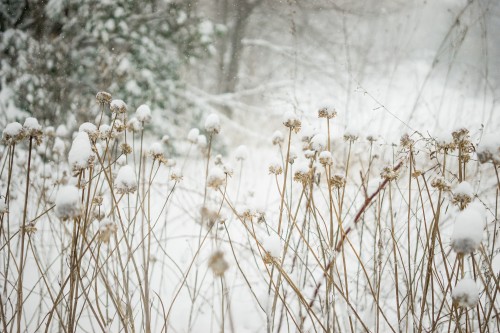 I love taking and seeing photos of snow. As the east coast is enjoying right now, big snowstorms produce a blizzard of images across whatever social networks you use. As I tap through these photos this morning, I have some probably obvious thoughts as to why we take and post and like snow photos.

The Snow Day is exceptional and is thus picture worthy because we tend to document what is out of the ordinary and thus interesting and novel. The photo of snow says look how different things are right now. An image of your car so fully under it all suggests how much the normal flow is disrupted. Look what is happening to me. Look at what I witnessed.

In this way, the snow photo is participating in a larger news event, because east coast weather always seems to be an event worth caring about, which is never not funny to this midwesterner. Thus, we get the time-lapse style photo sets of the accumulation. There’s something to keeping track of the snow’s growth. How high can it go? There’s almost obsessive sports-like statistical attention paid to its progress, the hourly updated predictions down to the inch, the constant updates down to the tenth of an inch, the charting of how close we are to whatever record. The snow is progress, each extra bit making it all somehow more successful, more special, newsy, exceptional, and photographable.

Such a thick snow blanket over your world is a dramatic change of scenery, a shift in perception, and thus provides novelty worth a snap. Everyday surroundings that usually seem to have been already exhausted of their photographic potential are breathed new productive life. By making the mundane exceptional, the snow photo sits happily on any network, from the experience trophy in the Instagram scene to the spaces in between on a Snapchat stream.

And snow photos themselves look good. The white wash makes the image simple and more striking by removing extra elements from the frame. The bright snow provides instant contrast, making any subject pop. The flurries in the wind provide movement and texture and depth. The snow itself falls and is blown into beautiful and unpredictable designs and arrangements, wrapped around the contours of objects so smoothly and lifelike. And some snow photos appear almost black-and-white even when shot in color. Snow is its own photo filter.

Anyone in the snow photo is made more interesting, too. Snow implies effort and adventure, sometimes hardship and discomfort, but most of the images posted right now suggest fun. Snow is itself almost comical when it is too much. For some, snow means time off of work, off of adulthood. It can remind of childhood. So snow photos are often of play, throwing snowballs and diving in. Kids and dogs look especially happy. We get to walk, or ski, down the middle of the street. Rules suspended, we photos of people enjoying the snow dressed in costumes.

Providing extra motivation to take photos right now is that this snow is ephemeral. Like photos of a newly served plate of food, you need to document it now or never. Snow around here is quite temporary: This week’s forecast is for temperatures well above freezing. So, take and share and enjoy snow photos now. It’s not just that snow melts but that it slushes and gets dirty and refreezes into a mess that’s soon soiled and jagged. The elegant formations get shoveled and plowed into piles. The snow becomes more work than play. The novelty and documentary potential gets used up, the snow gets less photogenic, less likeable.