The Family of Things – vulnerability and the unexpected 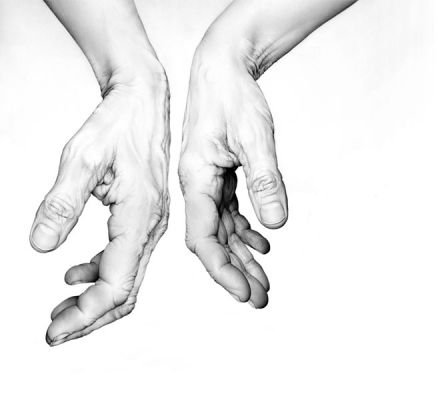 There are two primary things that background this, that are probably necessary to know.

The first is that this past year has been extraordinarily hard for me. The second is that it’s been very difficult to talk openly about.

I’ve always tried to be honest online – about what I’m going through, about what I’m wrestling with, and especially about mental illness, which I think is much less of a forbidden topic of conversation than it used to be but which I also think can still stand to be discussed more than it is, and especially in what we would probably call professional settings.

I’ve done this because I value vulnerability – or I want to. I feel like it’s something to aspire to, in no small part because I absolutely suck at pretending that everything is fine if I have to do so for more than five minutes at a stretch. It’s going to be awkward and uncomfortable no matter what I do, so generally I go with what I regard as the lesser of two evils. When I think I can.

And there’s also that I hope vulnerability might eventually help me.

But it turns out that I’m even worse at everything – pretending and talking openly about my shit – when things genuinely get rough.

So this past year things genuinely got rough, and for the most part, in most places, I clammed up. Because I didn’t know what else to do. I didn’t actually hide the fact that things weren’t going so great, but I didn’t do a whole lot of talking in a public way about the specifics and the uglier parts of what I was feeling regarding everything. I just didn’t want to go into it, in significant part because I was terrified of what people might think.

Things are better now. Sort of. And part of what I’m doing as an effort to make them better is to un-clam, to break myself open from the inside out and be – literally – painfully honest about stuff. At least a lot of stuff. Or to try. It remains incredibly difficult.

Getting going on this post, for example, was much harder than once it would have been.

I made a post a few days ago on my author blog. Just clenched everything and threw it all out there, and left it for people to do whatever they wanted with it. I don’t know that I felt better after doing do, but I certainly didn’t feel worse. A few people on Twitter and Facebook told me that they were really feeling what I was talking about. That was nice. Then I sort of moved on and left it alone.

Then a day or so ago it ended up in a WordPress recommendation Twitter account, and my inbox hasn’t stopped exploding since.

I don’t even know how many people have commented to say, essentially, me too and I really needed to read this. I haven’t tried to keep count. I haven’t honestly looked at the page. I think I’m a little afraid to and I’m not completely sure why. I do know that it’s a lot. I’ve been getting message after message that amounts to what I was talking about in the post itself: people in pain looking for connection. I knew they were out there; part of why I wrote the post in the first place was to state my belief that a fair number of us aren’t doing so hot and don’t know how to talk about it to anyone. But I didn’t expect to hear from so many of them.

It wasn’t until that happened that I realized something strange (though I don’t think it’s surprising): I wrote about looking for connection in vulnerability and the sharing of pain, and I didn’t expect to connect. Not like this.

Which got me mulling over vulnerability itself, and this kind of writing and the context in which we shoot it out into the world.

There isn’t only one kind of vulnerability, is the thing. There’s intimate person-to-person vulnerability, direct communication with a particular someone or someones about what’s going on in your head and heart. By no means does this have to be taking place face-to-face; what really matters – as far as I’m concerned and as far as my own experience goes – is that you’re speaking to someone, and that person is actively listening to you, and both of you know it.

In other words, you’re having something at least vaguely resembling a conversation.

Then there’s the kind of vulnerability I engaged in when I wrote the post. Which was directionless, openly broadcasted vulnerability. There were specific people I had in mind when I wrote it, sure. Some of them talked to me about it. But I wasn’t writing to them. I was writing to everyone and everything, writing to an undifferentiated public, some of whom were people I knew but the vast majority of whom are not. I wrote it, left it there, walked away, and on some level I think I never expected anything else to happen.

What happened is that the latter form of vulnerability began to slide into the former, and I didn’t know it was coming. And it was jarring. It was a little disturbing.

It’s a lot overwhelming. I’m still working up to responding to most of it.

I don’t think I’m saying anything that isn’t pretty self-evident. I don’t think there’s anything piercingly insightful here, or new or surprising. Yet I was surprised. It didn’t occur to me that one of these things could become the other; it didn’t even occur to me that there was a difference. I wasn’t thinking about it at all.

I believe it’s worth thinking about. Because I was writing about loneliness and connection, making myself available for it, and people reached out. Strangers, but also not. Because none of us are okay.

And that’s a deep thing to be united by.

Here’s the point (maybe, assuming I have one): The conversation about disconnection and loneliness regarding digital technology is old and tired and boring and I don’t think any of us want to have it ever again. But disconnection and loneliness can be more piercingly, viscerally felt in these digital spaces, and they can be confronted in an immediate, nuanced, and difficult way that I don’t think any other arena allows for. The ways in which we’re lonely and why. What exactly we’re afraid of. What hurts. How we want to get well. How we want to reach out and hope that there might be someone reaching back. And how we might not expect that when it happens, because private and public are after all not binary categories and connection means a hopeless number of different things.

Like I said, no piercing insights, and I’m not coming away from this with any answers of any kind. What I’m coming away with is the knowledge that a complicated thing is even more complicated than I thought, and there’s a lot more to be afraid of.

But I think there’s also a lot more to reach out for.