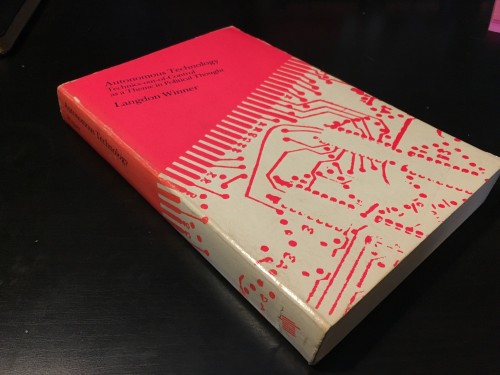 Even some of Silicon Valley’s biggest boosters will cop to the fact that they think technology can solve social problems and that big decisions should be left to meritocracy, not democracy. More subtly, it really does seem we are much more comfortable talking about new inventions more than new governmental structures. We’ve seen self driving cars and pocketable computers go from science fiction to everyday annoyance within less than a decade and yet when was the last time you heard of a revolutionary new democratic decision-making tool? The Shakers of 19th century New England operated on consensus so General Assemblies don’t count.

So-prevalent-they-are-invisible suppositions are rarely young and this one can be traced back to Plato who famously called for philosopher kings. The more modern vision of the technocratic ideal starts to reveal itself during the French revolution. It’s also easy to put the Republican primary in this tradition, where political acumen is less favorable than business experience. Here is Langdon Winner, in his 1977 book Autonomous Technology talking about the origins of technocratic western thought:

In many instances utopian and historical speculations have been combined. The demise of a political system is seen as an opportunity for the building of a technological society ruled by a technically competetnt aristocracy. This was the outlook of Henri Comte de Saint-Simon at a time when the ancien regime was being dismantled and a new system constsructed in its place. Saint Simon’s criticism of the French Revoltuion was that its efforts were overly poltical and did not take into account the realities of the new mode of social organization taking shape at the same time. “The men who brought about the Revoltuion,” he observed, “the men who directed it, and the men who, since 1789 and up to the present day, have guided the nation, have committed a great political mistake. They have all sought to improve the governmental machine, wehreas the y should have subordinated it and put administration in the first place.” True progress was located in the development of the new instruments of technology and techniques of governmental administration. This required, Saint-Simon argued, a system of expert management by industrialists, scientists, and technicians.
The precise form of the proposed government was one that now seems very traditional indeed. Saint-Simon placed the members of his technical elite in a parliment with three houses: the Chamber of Inventions, The Chambers of Review, and Chamber of Deputies. The Chamboer of Inventions, composed of two hundred engineers and a scattering of poets, painters, architects, and musicians, would decide the basic plan for all of France. The Chamber of Review, made up of mathematicians and pure scientists, would judge programs devised by the Chamber of Inventions and serve as a control over its policies. Completing the arrangement of checks and balances, the Chamber of Deputies, composed of practicing industrialists, would serve as an executive body to implent the plan. Notably absent from Saint-Simon’s scheme is any trace of equality or electoral democracy. The members of the parliment were to be chosen according to professional competence alone and not elected by the populace at large. The ascendance of scientific and industrial classes could take place only at the expense of a total neutralization of the political role of the majority of men and women, benighted souls, who did not possess higher knowledge and skill. “A scientist, my friends, is a man who predicts,” Saint-Simon announces. “It is because science has the means of prediction that it is useful, and makes scientists superior to all other men.”