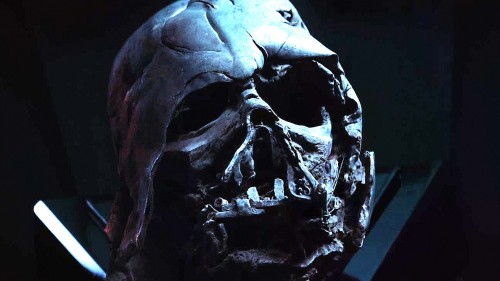 I have not seen the new Star Wars but ambient levels of Star Wars have reached such a peak that I feel eminently qualified to review it without actually seeing the film or even reading a plot synopsis. In all honesty I probably will not watch it until I can assure that I will see a high definition version for free through whatever means comes to my disposal. What I have seen, the cross-promotions, the essays, and the toys, tells me everything I need to know to assess it as a piece of culture. Star Wars is not a movie, it is a platform for media and a financial vehicle. Star Wars has plot like America has elections. It’s almost a formality, the official pomp heralding in a new wave of characters, theories, and controversies. If we black box the film itself and instead look at all of the culture that spews out from its unknown (to me) depths, I think we get a much more cohesive (I’d even go so far as to say honest) assessment of the entire event.

R2-D2 and Chewbacca are the best characters a movie executive could ever ask for. Not only are Star War’s non-speaking characters the best characters in terms of personality, they are also the easiest to merchandize and the cheapest to keep around. Puppets and computer-generated characters do not require residuals or a nice trailer. They do not age out of their characters. BAHH-WEEP-DRROOP does not have to be translated for international markets. Talking characters have catch phrases that have to stick every time without being too corny, you have to pay the actor to do voice work, and if you are going to make a toy or a video game that has these catch phrases in the actor’s voice then you have to install the more expensive voice box in the doll or record more complex audio into your video game.

Of course recording and playing back audio in video games and in toys has become much more sophisticated since the last trilogy came out, so studios have a little more wiggle room now. Instead of a series of beeps, you could have a computerized voice playable by nearly anyone. Judging from the trailer, a few promotional videos, and some tweets, I know there is a new robot character called BB-8 that is comprised of an R2-D2 dome-head thing on top of a matching yoga ball. This is excellent. Such a robot design is both fun to watch and, once turned into a toy, is both technically impressive and takes advantage of the gyroscopic balancing technology that is so hot right now. It should come as no surprise that Disney Chairman and CEO Bob Iger personally “found the technology” that makes it possible to have a physical robot instead of pure CGI creation. Presumably this technology has also made it into the dozens of licensed toys of BB-8 as well.

One of the biggest stories about the new Star Wars movie when it was still in production was that Abrams had chosen to use props and puppets instead of completely relying on CGI. Abrams told the Guardian that this decision made “the film have a tangible, sort of authentic quality that you believed that these things were actually happening in a real space.” The decision to use props may do this but it also invests the R&D necessary to make tangible toys that look and function like what you see on screen. If BB-8 were all CGI there would be no miniature BB-8 that you control with your iPhone.

The perfect Star Wars movie would be a movie comprised solely of non-speaking characters who would shepherd the audience from one evocative experience to the next. The non-speaking characters utter their own leitmotif: they produce the sounds that connote their role and present state of being. They are ruthlessly efficient in telling audiences how to react and they do not demand or expect exposition of any kind. They are something for the camera and plot to focus on: the only thing keeping the most mainstream movie canon ever conceived firmly within the realm of the accessible and not spiraling out into some Jodorowsky-esque series of thematically connected scenes. The perfect Star Wars movie would require no sets and no characters; only a series of visually striking images scientifically chosen to elicit emotion in the shape of the standard five act story arc. Science and law permitting, a future Star Wars trilogy will come in the form of a psychoactive drug.

None of which, I should say explicitly, is an indictment of the franchise or the universe. To dislike Star Wars because it is all emotion and no contemplation would be like calling a roller coaster bad public transportation. Judging Star Wars on its own terms means evaluating how easy it is to ignore the Industrial so that you might feel the Light and Magic. Such a balancing act necessitates heightened ambient levels of acceptance into the universe. Just like Christmas, observers of Star Wars have to wade slowly into the world not because a sudden jump would be jarring, but because the movie is but a launch point for a kind of frenetic Star Wars celebration that spans media and time.

Abrams and crew have been masterful on this front by releasing the movie on Christmas (somehow the first feature-length Star Wars movie to do so) and foregoing the invariably terrible co-released video game. Instead, Star Wars is sprinkled throughout Disney’s properties and the pre-existing Star Wars gaming universe. They have to be perfect at crafting these stable and porous universes because stories have to be agnostic to media these days. Despite Star Wars’ box office success Disney stock is still falling due in no small part, according to Matthew Yglesias, to ESPN and the larger decline of cable. Instead of relying on the stable forms of comic book or sports cable channel, Disney is buying entire universes like Star Wars and Marvel with the intention of distributing them through whatever way humans are consuming media these days.

All indications also point to the fact that this Star Wars also hit the right note when it comes to the secondary market of media that reviews, critiques, and generally responds to media. Unlike the “Is it feminist?” conversations that surrounded Mad Max: Fury Road earlier this year, The Force Awakens has been at the center of a much more nuanced conversation about whether or not she is a Mary Sue and all of the increased expectations audiences put on female leads. As Robin James wrote on the blog in July, “Something cannot ‘be’ feminist. It can assist or impede our ongoing reproduction of patriarchy–it can do things.”

What’s difficult to ascertain is whether there is something inherent in the movie that encouraged this fractionally better conversation or if the state of the discourse has improved. It is most accurate to say a little of both are at play given that the making of movies and the digitally mediated discussions of movies do not occur in separate bubbles. The decision to cast a black man and a white woman at all would have nearly doubled the representation of those demographics in the franchise already, but casting them as the lead was (unfortunately) a risk that seems to have awarded more mainstream praise than derision. It may be the height of cynicism to claim that The Force Awakens has the lead actors that it does because of a desire to successfully navigate ensuing commentary, but as Jia Tolentino has boldly argued this might be the biggest possible win given the state of mainstream feminist discourse. This may have more to do with how far a larger dominant discourse is willing to “let in” feminism and anti-racism, we get discussions of representation and no more, the point remains the same: Star Wars is future-proofing itself for a new decade where women and people of color must be more than tokens. It also doesn’t hurt that installing lead actors of color or women has been shown to actually increase box office earnings, not lower them.

It feels obscene to talk about representation in film this way but the people behind Star Wars, a franchise that defines the state of the art of not just movie making but of universe creation, certainly have a fiduciary responsibility to think in this manner. The fact that it is just the right thing to do is a bonus.

Star Wars: The Force Awakens is a movie that excels in all of the important metrics that a business must succeed at. It is a successful investment vehicle dressed up as a blockbuster movie. If there is any misstep it is that the seams are starting to show: there may not be enough light and magic to hide just how industrial this process is. Even AdWeek has called the co-branding push for this movie “unprecedented” (see: Star Wars themed oranges) and while I do not think anyone is laboring under the assumption that Star Wars is anything other than a money-making venture, one has to be careful when building business transaction upon a media object that is unremittingly nostalgic. The whole thing is in danger of becoming profane. If the marketing continues unabated there is the slimmest chance that viewers might look back at the movie and realize that they have mapped their emotions onto a heartless and contrived thing. A generic action movie dressed up in Jedi robes and Storm Trooper helmets.

Do you realize that your critique of the film (which you have not seen) doubles as a critique of the fans? Fans actively prosume said media content--generating and giving meaning to what you describe as a contrived, generic action movie, rather than passively receiving and accepting the production's commercial intentionality (a point which is now commonplace among media scholars).

I'm OK with it being a critique of the fans, including myself. I had low expectations when I went to see it. It exceeded my low expectations, which isn't saying much. I don't see it as anything more than what David has identified it as. It's a cash cow, and that's about it. This is even more true in the hands of the Disney empire.