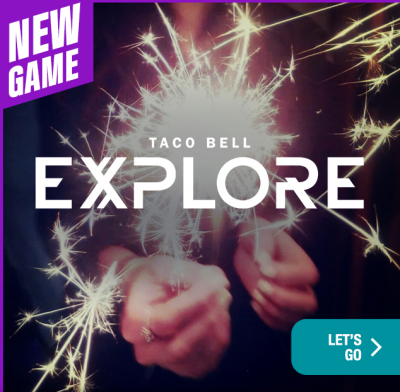 The other day I went to Taco Bell for the first time in a long time. As we pulled away from the drive thru window I noticed that something was off, but I couldn’t put my finger on it. Then I looked down at my lap. The bag. This was not a Taco Bell bag, this was more like a fancy Bloomingdale’s bag; it was a thick, heavy brown paper that was dramatically different from the thin, flimsy plastic that Taco Bell has used for as long as I can remember. My first thought was “my cats are gonna love this.” My second was “why does this bag say Live the VIP life?” 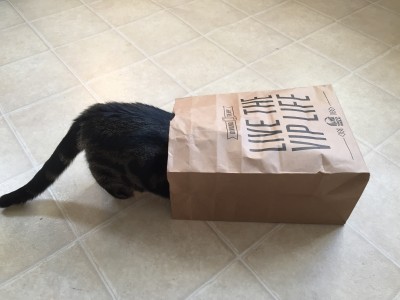 Intrigued, I did what the bag told me to do. I downloaded the app. The bag promised me that the app would give me access to many features wonderful to behold. So, I did what so many of us do all the time; I traded my personal information for the promise of free stuff and customer perks, though I did so as a curious media studies researcher more so than a frequent Taco Bell consumer. I am particularly interested in class analysis and this bag/app combo had it all: promises of exclusivity, VIP status, and of course, “Living Más.” Who doesn’t want to live más?

What greeted me in the app was more than I could have hoped. The app is a combination of colloquial, friendly greeting and “lifestyle” imagery. Hip young white people enjoying their life and hanging out with their friends while not-so-subtly consuming Taco Bell products. They are sitting under palm trees, wearing shabby chic jeans, holding iPhones, and eating Dorito tacos while hanging from some sort of bungee cord/harness thing. 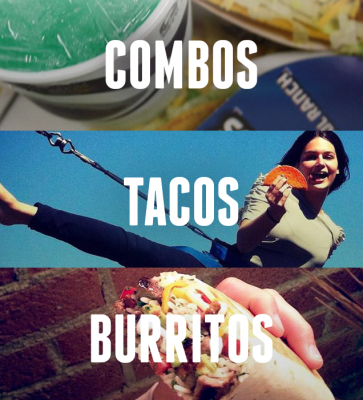 In case you thought I was joking.

There is also a game that you can play. It’s called #playyourlife. It “rewards you when you Live Más.” You can (obviously) connect the app with your social media networks and “live your life and post about it” with the hashtag. Taco Bell will reward you with puzzle pieces that can earn you “free food, swag or cool experiences.” The FAQ asks and answers the question “Why did you create this crazy new game?” by saying “… we think you’re pretty rad and we want to reward our fans who inspire us everyday.” No mention of the free advertising and user data Taco Bell receives from social media posts, but seeing as we’re all friends here I’m sure that’s just a fortunate perk and secondary to the totally awesome fun you and Taco Bell will have sharing experiences and sweet, sweet swag.

They also have a tricky way of getting around the question of tracking you by saying “we have a Live Más algorithm, and you never know what you might do to trigger it. We would tell you the super secret formula, but then this wouldn’t be a game.” To the question “How can I earn puzzle pieces by connecting my social networks?” T-Bell says (this is worth quoting in full):

“First, connect with us so we can recognize you for being awesome. Then do what you’re already doing. Live your life and share it. You probably already post about your adventures in everyday life, right? Then you’re already halfway there. Update that status, like a few pages and don’t forget your check-ins. Oh yeah, Instagram posts, tweets, and retweets can all earn you pieces too. You’ll never know exactly what actions you take on your social networks might trigger a piece, but that’s part of the fun!”

This not only has the advantage of concealing what T-Bell does with your information but also encourages you to post as often as humanly possible to increase your odds of being picked up by the algorithm and getting puzzle pieces that will eventually get you rewards.

I could go on all day, but lets get to some analysis. In short, if you want to be a VIP you should download the Taco Bell app. Doing so means you have great taste, and you’re a savvy consumer who knows a good deal when you see one. All you have to do to “earn” the rewards that you “deserve” is what you’re already doing: being your rad, adventurous self while sharing your exciting experiences on your social media platforms. You just have to add an extra hashtag and Taco Bell will track you down and bestow upon you the rewards of living más. Also, Taco Bell does all of this because they love you (to an extent that borders on creepy) and just wants to give you free stuff for being so cool.

Taco Bell is tapping in to a zeitgeist that is popular for corporate entities looking to appeal to a young, hip customer base. The “lifestyle” aesthetic of neoliberal late capitalism commodifies individualism, and identity maintenance through products and social media presence is a valuable tool for commercial entities. Taco Bell is more than willing to trade a few burritos for something that is difficult to buy—a seemingly authentic integration into the everyday lives of their consumer base. And that’s the key; social media interaction is embedded in everyday life for the consumers Taco Bell is targeting here. If they can get you to think about and share Taco Bell in your everyday life, then hopefully Taco Bell 1) becomes a part of your everyday life as well and 2) becomes a part of everyday life for your social media network. The images of young white people holding tacos and having adventures capitalizes on an aesthetic that is central to both advertising and identity maintenance—the (sub)urban lifestyle of taste-makers with disposable income.

Probably not the sort of authenticity TB was hoping for. Used with permission from Tweeter.

What’s more interesting is Taco Bell’s reputation for cheap, edible food that is best consumed when you are stoned out of your mind or have been drinking all night. It is also accused of having deleterious effects on the digestive system. It is both beloved and feared for whatever it is that they do to their ground beef. But never, in my experience, has it been characterized as the fast food of adventurous VIPs. More typically it is the go-to late night snack for intoxicated college kids on a budget.

Taco Bell didn’t choose this reputation as an advertising strategy, for reasons that don’t need to be explained here. But whether or not it’s been successful is a question to ponder. I checked Twitter and Instagram for #playyourlife. It isn’t exactly a flourishing tag. And the few posts that I did see usually had nothing to do with Taco Bell, though whether the users were connected to the app is impossible tell without further ethnographic analysis and interviews. It’s interesting that the #playyourlife hashtag doesn’t explicitly have anything to do with the brand. There are two possible explanations for this: it’s a marketing oversight that isn’t having the desired effect, or it was deliberately vague to encourage greater use among customers who don’t want to turn their social media accounts into billboards. I suspect the latter is true, in which case Taco Bell isn’t necessarily interested in free advertising as I suggested earlier. Rather, they may just be interested in keeping track of the customers willing to trade a peek into their digital selves for free stuff. For some, it’s a small price to pay for living más.