Complicating the Digital Divide: Technological Innovation in a Small Town 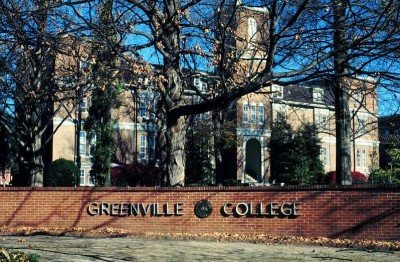 Small towns move at the rate of horse and buggy rather than high speed internet, and therefore tend to reside on the wrong side of the digital divide. However, digital divides are not fixed or homogeneous, and small towns can surprise you. This is made clear through the case of Greenville College.

In the late 90’s, the trend in network infrastructure on college campuses was to wire dorms and buildings with broadband. However, Infrastructure like that costs loads in installation and upkeep. Pulling wire across a campus and through old dorms is intensive and expensive work. The upkeep of this type of infrastructure is too costly for a small institution like Greenville, and the city certainly didn’t have much in place. So GC adapted.  Rather than installing an expensive infrastructure and then installing wireless access points later, they skipped the heavy infrastructure altogether and jumped right to wireless.

According to an article in the St. Louis Post Dispatch, Greenville College was the first campus in the US to install wireless Internet.[1] In a brief conversation with the IT director, Paul Younker, he adds that Greenville was the first campus with high speed (2mb) wireless internet with a single T1 line as the backbone. In 1999, employing a large enterprise-level wireless network was a big deal. 53 Wireless APs scattered across campus changed the way GC used their campus and connected to the outside world, and made the school an ironic innovator in higher-ed tech. The decision to go wireless, according to Younker, was based on the cost of infrastructure. For the money they would spend installing a port in every room, wireless could be installed throughout the entire campus.

This Greenville College case demonstrates that technological innovation doesn’t always happen in the most obvious places­­–If we were to follow common assumptions about the digital divide, we might assume that the first wireless network on a college campus might happen somewhere with an already existing and strong network infrastructure. Certainly it would happen somewhere with multiple stoplights.  However, there was no internet infrastructure in the dorms at GC and only minimal infrastructure elsewhere on campus. Even more, at the time when wireless was installed at GC, the infrastructure of the entire town was rather questionable. This eschews a purely hierarchical model of technology adoption. It wasn’t the most privileged who implemented a wireless network first, it was those who had relatively less privilege, access and capital. It was those who had a need.

Yet, Greenville’s leap over the digital divide has not been entirely smooth.  Younker recounts that the first broadcasting SSID across campus was called “Moses.” The name had multiple meanings. It reflected the liberation that wireless internet brought (“Let my people go” ) and also, the speed of the network— checking your email was sometimes sort of like wandering through the desert for 40 years. It wasn’t until recently (2014) that Greenville College got a substantially better internet connection through the Illinois Century Network, an initiative designed to bring high speed internet to educational institutions throughout rural Illinois. Before 2014, wireless internet, as nice as that is, was still bogged down by an abysmal infrastructure of T1 lines and small town internet providers.

The digital divide in small towns is real, but not beyond negotiation. Greenville, being on the losing end of that divide, was required to innovate and think creatively with infrastructure. In that moment of innovation, we see the assumptions about small towns and their technology shaken a bit as this place with sparse infrastructure surpassed its privileged counterparts. Paying close attention to rural spaces gives a different and more varied picture of the way technology and culture function together, in sometimes surprising ways.

Matt Bernico (@The_Intermezzo) is a Ph.D. Candidate at the European Graduate School in Saas-Fee CH. He also teaches at Greenville College in Greenville Illinois. His research interests are Media Studies, Speculative Realism and Political theory.