Mitigating trauma without “trigger warnings”: A move towards audience intention 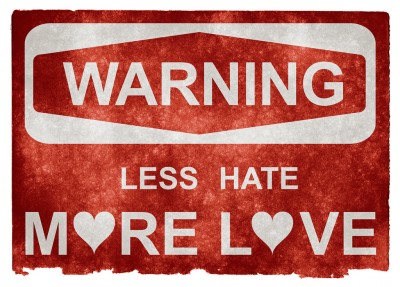 I am sick of talking about trigger warnings. I think a lot of people are. The last few months have seen heated debates and seemingly obligatory position statements streaming through RSS and social media feeds.  I even found a piece that I had completely forgotten I wrote until I tried to save this document under the same name (“trigger warning”). Some of these pieces are deeply compelling and the debates have been invaluable in bringing psychological vulnerability into public discourse and positioning mental health as a collective responsibility. But at this point, we’ve reached a critical mass. Nobody is going to change anyone else’s mind. Trigger warning has reached buzzword status. So let’s stop talking about trigger warnings. Seriously. However, let’s absolutely not stop talking about what trigger warnings are meant to address: the way that content can set off intense emotional and psychological responses and the importance of managing this in a context of constant data streams.

I’m going to creep out on a limb and assume we all agree that people who have experienced trauma should not have to endure further emotional hardship in the midst of a class session nor while scrolling through their friends’ status updates. Avoiding such situations is an important task, one that trigger warnings take as their goal.  Trigger warnings, however, are ill equipped for the job.

Warning people of potential triggers is a great idea. But trigger warnings do way more than this. They warn of sensitive material, as per their primary function, but also, they pick a fight.

Language is living. The meaning of a term is subject to the contexts in which people use it. The trigger debates have charged trigger warnings with a keen divisiveness. Trigger warnings not only warn, but also state that delivering warnings in this specifically explicit way is something writers, teachers, and speakers should do. Clearly, this is not a position with which everyone agrees, and claimants on both sides shade their arguments with a strong moral tint. Posting a trigger warning is therefore a political decision, one that tells a contingent of consumers to go screw.

It is perhaps tempting to shrug off concern for those audiences so vehemently against trigger warnings that the inclusion of one is taken as a personal affront. I implore you to resist the urge to shrug. Alienating audiences with opposing worldviews is exclusionary, unproductive, rude, and ultimately, unfortunate. It takes a potential conversation and turns it into a self-congratulatory monologue. This may be okay on a personal Facebook page, but less so in widespread public media and especially, classrooms.

The logic of trigger warnings is that trauma can be mitigated if content producers prepare consumers for the inclusion of sensitive material. This supposes that the producer can identify what’s sensitive and thereby determine what requires warning. That is, trigger warnings presume that we can predict each other’s trauma. Avoiding psychological harm then depends upon accurate prediction. It’s essentially a bet that hinges on mindreading. If we take seriously what trigger warnings are intended for, this is a pretty risky bet.

Of course there are topics that make their sensitivity known—sexual assault, intimate partner violence, images of war etc. But lots of potentially sensitive topics aren’t so obvious. I have a student who tells me she feels anxious and angry whenever she steps into an ice cream parlor as the smell of baking cones brings back terrible memories of a negative work experience. It produces discomfort rather than real psychological trauma for her, but what if her bad work experience went beyond an annoying boss and ice cream really did invoke a more serious reaction? Extrapolate this example to the myriad contexts in which people encounter jarring life events. A granular approach would provide trigger warnings for increasingly more topics, but this is a slippery slope that quickly becomes a losing battle. The content would be lost among the warnings, and potentially harmful content would still slip by.

I suggest we do so with an orientation towards audience intentionality among content producers, content distributors, and platform designers. Let the audience intentionally decide what to consume and on what terms. Don’t make consumption compulsory.

Content producers and distributors include published authors, social media prosumers, and classroom teachers. These are the people who make the content and spread it around. For them, I offer a very simple suggestion: use informative titles, thoughtful subtitles, and precise keywords. David Banks mentions the title approach as one he’s taken in lieu of trigger warnings. It’s a simple and elegant response to the trauma problem. Rather than “trigger warned content,” the content is just accurately framed. The reader can prepare without being warned, per say. Clever titles are, well, clever, but leave the reader unprepared and vulnerable to surprise. I’ve used clever titles. I’m now going to stop.  Check out the title of this piece. Nothing fancy, but you knew what you were in for when you clicked the link. Goal accomplished. Not to mention, using clear titles with precise keywords helps with search engine optimization and in a flooded attention economy, that’s nothing to sneeze at. Search Engine Optimization, which is also known as SEO, is the process of increasing the volume and quality of traffic to a website from search engines via organic or search results. The higher your company’s website ranks on Search Engine Result Page (SERP), the more searchers will visit your site. As a marketing strategy for increasing site’s relevance, Outreach Warriors SEO consultants consider how search algorithms work and what people search for. A SEO process may involve a site’s coding and structure, content and copywriting, site presentation, as well as fixing other problems that will prevent search engines from indexing your company website. If your company’s website is not indexed by search engines, there will be no chance at all for your site to get high visibility rankings on search engines. Therefore, it is extremely important for businesses to take note of SEO and make sure that their websites are properly indexed by search engines.

The term “SEO” can also refer to “Search Engine Optimizer”. This is an industry term that refers to agencies and consultants that carry out search engine optimization process on behalf of their clients, and by employees who perform SEO services in-house. Every agency and consultant has their own SEO methodology; therefore they may use different methods to achieve high organic rankings for websites. In most cases, in order to have effective SEO, it may require changes to the HTML source code of a site, SEO tactics will be incorporated into website development and design. That is why almost all credible SEO agencies like Search Combat and consultants will first look at the design and back-end architecture of a website before starting any SEO process. This will ensure that SEO is carried out effectively.

To the platform designers— stop it already with the autoplay. Design platforms with the assumption that users do not want to consume everything that those in their networks produce. People are excellent curators. They will click the link if they want to consume. Give people the opportunity to click and the equal opportunity to scroll by.  This is all the more effective if producers and distributors clearly label their content.

Trigger warnings are earnest in their purpose, but don’t hold up as a useful tool of social stewardship. People know themselves and given enough information, can make self-protective decisions quite effectively. Trigger warnings are a paternalistic and divisive alternative to handing over consumptive decisions in subtler and simpler ways. Perhaps the best way we can care for one another is by helping and trusting each person to care for hirself.