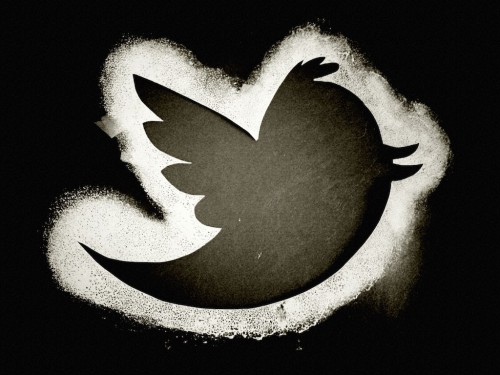 The case of sociologist Zandria Robinson, formerly of the University of Memphis and now teaching at Rhodes College, has a lot to say about the affordances of Twitter. But more than this, it says a lot about the intersection of communication technologies and relations of power.

Quickly, conservative bloggers and journalists reposted the content [i] with biting commentary on the partisan problem of higher education. This came in the wake of criticism for earlier social media posts in which Robinson discredited white students’ racist assumptions about black students’ (supposedly easier) acceptance into graduate school. On Tuesday, the University of Memphis, Robinson’s (now former) employer, tweeted that she was no longer affiliated with the University[ii].

Robinson’s case, and those like it, highlight the unique position held by Twitter as both an important platform for political speech and a precarious platform through which speakers can find themselves censured. Twitter grants users voice, but only a little, only sips at a time. These sips, so easy to produce, are highly susceptible to de-contextualization and misinterpretation, and yet, they remain largely public, easily sharable, and harbor serious consequences for those who author them. While this may have embarrassing outcomes for some public figures, for those speaking from the margins, the affordances of Twitter can be produce devastating results.

Twitter’s abbreviated message structure, by limiting text to 140 characters, places a lot of the communicative onus upon readers. Readers get the one-liner, and have to know enough to interpret the content in context. The margins are, by definition, unfamiliar to the mainstream. Messages from the margins are therefore particularly susceptible to misinterpretation, while marginal voices are particularly vulnerable to formal and informal punishment.

As a sociologist who has read critical race theory and learned from critical race theorists, Robinson’s tweets, for me, were impassioned statements of well-established and well-founded lines of thought. For the uninitiated, however, they were jarring. The average nice white ladies of the world don’t understand that “whiteness is most certainly and inevitably terror” refers to a history of white-on-black interpersonal and institutional violence, degrading media portrayals, over-policing and under-protection of black communities, hypersexualization of black women, and fear mongering aimed at black men. And of course they don’t, that’s one of the key points of critical race theory: cultural logics render power-hierarchies invisible while perpetuating race-based opportunity structures that privilege whites. While my scholarly training let me fill in the substance behind Robinson’s tweets, this was not the case for all readers. Ultimately, Robinson has a new job.

Robinson’s message came from the margins. Readers were unable to do the work of interpretation and like so many marginal voices, Robinson’s required an account, an explanation, a (likely exhausting) conversation, in order for it to penetrate those who do not already understand. This is an unjust and unfair reality. People who experience oppression are burdened with the labor of teaching those who oppress. This labor, these conversations, they did not happen on Twitter. They could not have happened on Twitter. In short, even as Twitter gives voice, its affordances disproportionately distribute the efficacy and consequences of speech.

Robinson is not a radical, nor were her words unfounded. They were read, however, by eyes untrained, through a medium ill prepared to teach people what they’ve worked so hard to never learn.

[i]No link. I don’t want to drive traffic their way. You’ll have to Google.

[ii] Robinson apparently says she was not fired, but neither she nor the University have released further details. Regardless, she has a new job and I’m pretty certain that the timing is not coincidental.

*Editors Note: Robinson has since posted a response in which she explains her decision to leave the University of Memphis*

If something requires a masters degree to understand, its probably best left within the ivory towers of academia and not with the serfs and peasants.

The underlying problem is that one "requires a masters degree" to understand race relations. It's not that we can't articulate complex ideas through Twitter (for instance, the complex ideas of freedom, free market, love, and empathy come across easily in 140 characters or less), it's that Twitter does not facilitate discourse that challenges (power laden) cultural logics. However, it does put those who try to challenge these logics at risk of formal and informal censure.