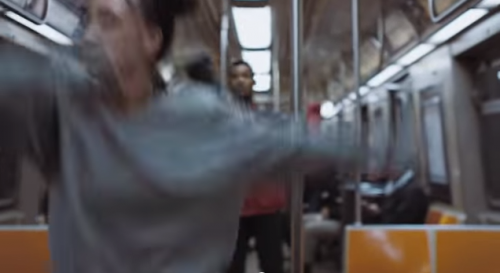 Yesterday Apple announced something many of us were expecting: a streaming service to rival Spotify and possibly expand/destroy the services provided by recently acquired Beats Music. At first glance the recently announced service seems to be not much more than an also-ran for streaming: Apple Music lets you stream the iTunes catalog, make playlists, and provide a radio service for a reasonable monthly subscription. Unlike other services however, Apple is claiming to keep some of the human-curated playlists that gave Robin James’ 80 gig iPod classic a run for its money.

At the center of this “we’re not just Spotify” pitch are not only ad-free stations with real DJs playing music available to a global audience, but a kind of global radio brand that is something much more than Spotify’s pre-made playlists. The inaugural station “Beats 1” will be available in 100 countries when the service launches at the end of this month and even though, at time of writing, most of the world has known about this service for all of half an hour there’s still a lot gleam from the introductory demo. Apple is interested in not only shedding its U2 Dad Rock Albatross (someone photoshop a literal visual representation of that please), it wants to do so by establishing itself as the arbiter of global pop.

Cultural literacy, a term coined by E.D. Hirsch, refers to a sort of comfort with a group or community. Apple is both putting on a display of its own “cultural literacy” by eschewing U2 in favor of artists like Drake and The Weekend, and setting itself up to be a platform for popular music curation. Of course Apple has played a huge part in music since the first iPod but now they will be paying actual human beings to select music that can be heard in 100 countries 24/7.

Internationally synchronized pop music is nothing new, but a single company broadcasting a single playlist of “what is hot right now” is certainly a categorically bigger beast. In some ways it is completely predictable. The DJs that select the music for Beats 1 are in three global cities: LA, New York, and London. Saskia Sassen has convincingly argued [PDF], these cities have much more in common with each other than the countries that surround them. Apple is further solidifying the Global City phenomenon by broadcasting one single common cultural artifact to anyone with a smartphone (Apple Music and Beats 1 will be available on Android as well). Similar efforts with different technologies, like satellite radio, have failed miserably at doing this but perhaps they hewed too closely to traditional radio rather than iTunes playlists.

Practically, I doubt Beats 1, even if it is listened to by millions of people every day for years to come, will have a profound homogenizing effect on the music listening habits of most people. The Internet has made it easy to share a common cultural literacy even without a common language (cat videos) for decades. What’s different is the overtures to professional curation and selection. By definition Beats 1 isn’t creating viral hits, its making old school triple platinum music superstars. This time though, platinum status is instantly global. The music played on Beats 1 has to be appeal to (literally!) billions of potential listeners. The very existence of Beats 1 as a viable business model necessitates the idea that a single song can resonate with that many people. This is made possible through the mutual shaping of global distribution platforms and the shared cultural literacies of people in global cities.

It makes sense then, that in a minute-long product video for Beats 1 the audience is presented with a wide range of human forms and actions spanning what looks to be nearly every continent. It is the kind of multicultural diversity that springs up in university promotional materials: carefully curated but in the service of a sort of orientalism: a single Pharrell track is somehow universally applicable to lives in (what might be) an LA loft, a Pakistani suburb, and a Malay river. This display of vastly different people is not as an invitation for inclusion into any decision-making role, it is a statement on the reach of a single cultural milieu.

We know that this video is about dominance, rather than inclusivity because about halfway through this video we see several young people of color dancing in the middle of what looks like a New York City subway car. It is an energizing and fun scene that only lasts for a moment but is enough to conjure up any pre-existing memories of big city busking. Using public transit as a stage is both the lowest barrier to entry into grabbing a sizeable audience, and the best way to get arrested for practicing an artful craft. The fact that Apple would take that image and wrap it up in their product is the semiotic equivalent of gentrification: packaging up something unique, colorful, and exciting so that it is easily consumable in standardized units for a purchasing public.

Lots of well-known authors including David Harvey and Jane Jacobs have made a similar point about traditional gentrification: that well-financed firms can reverse-engineer the intangible things that make a place desirable –the weirdness of Austin, the painstakingly refined cuisine of New York boroughs– and change it ever-so-slightly so that it is inviting to anyone willing to pay for it. You standardize the form and sand down the rough edges so that Brooklyn becomes a recognizable flavor and Austin a desirable interior design aesthetic. Each vignette in the product video is available to well-heeled consumers the same way the edge of a gentrified neighborhood is: something pretty to look at but not worthy of spending any real time interacting with.

Of course this process mines the marginal for its most valuable parts and leaves the original inventors and innovators high and dry. New York City buskers face some of the harshest law enforcement in recent memory and yet Apple is still able to successfully leverage their image in their efforts to remake their music brand. These buskers are dancing to a relatively safe artist that is not Bono but still one of the handful that could be recognized by an audience as big as Beats 1’s could be. These are all places and times that are literally muted in favor of a track that appeals to the widest possible audience capital can deliver. If the progress of urban gentrification is any kind of bellwether to this business model I’m sure there’ll be lots of subscribers.