How do Smartphones Affect Human Thought? 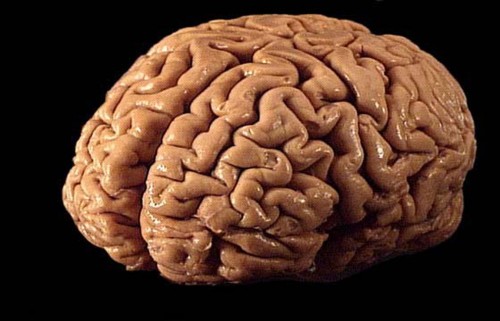 My feeds this week kept popping up with a bothersome headline, stated in a variety of ways: Smartphones are Making Us Stupid, Technology is Making us Lazy, Does Smartphone use Decrease Intelligence?

The University of Waterloo released a paper this week that was originally published in Computers in Human Behavior back in July. Titled The Brain in your Pocket: Evidence that Smartphones are used to Supplant Thinking, the authors find a negative correlation between cognitive functioning and the use of search engines via smartphones.

The authors refer to smartphones as an “extended mind,” and make causal claims about the effects of this technological extension upon the current and futures state of human cognition. Namely, they predict that increased use of smartphones to gather information will indulge the human tendency towards lazy thinking, and we will become increasingly reliant upon devices. That is, the authors predict an outsourcing of critical thought. It’s kind of scary, really.

But before the phone stackers triumphantly proclaim that they told us so! Let’s look more closely at the research and the underlying assumptions of the research question.

The authors base their findings on 3 studies, in which they ask participants to self-report about device usage and then give them a series of tests on both cognitive style and cognitive ability. Cognitive style refers to the tendency to engage in effortful thinking, while cognitive ability refers to the ‘computational power’ a person has available. Participants included Mechanical Turks (Studies 1 and 2) and College Students (Study 3). They find that using search engines via smartphone are negatively correlated with both style and ability.

Here is their hypothesis and rationale:

One potential consequence of the accessibility of Smartphone technology is that the general disinclination and/or inability to engage analytic thinking may now be applicable not only to reliance on intuitive and heuristic thinking, but also to no thinking at all. A straightforward prediction follows from this line of reasoning: There should be a relation between these two forms of cognitive miserliness, such that those more prone to rely on intuitive cognitive heuristics should be more prone to heavy Smartphones use. We tested this prediction in three studies.

Actually, they tested more than intuitiveness, but also ability, yet I digress. This hypothesis implies (though does not state) a research question: How does smartphone usage affect cognitive processes? This is an important question, but one the research was never prepared to answer thoughtfully. Rather, the authors recast this question as a prediction, embedded in a host of assumptions which privilege unmediated thought.

This approach is inherently flawed. It defines cognitive functioning (incorrectly) as a raw internal process, untouched by technology in its purest state. This approach pits the brain against the device, as though tools are foreign intruders upon the natural body. This is simply not the case. Humans defining characteristic is our need for tools. Our brains literally developed with and through technology. This continues to be true. Brains are highly plastic, and new technologies change how cognition works. Our thought processes are, and always have been, mediated.

With a changing technological landscape, this means that cognitive tests quickly become outdated and fail to make sense as ‘objective’ measures of skill and ability. In other words, definitions of high functioning cognition are always in flux.  Therefore, in reading cognitive research that makes evaluative claims, we should critically examine which forms of cognition the study privileges. In turn, authors should make their assumptions clear. In this case, we can discern that the authors define high cognitive functioning as digitally unmediated.

Certainly, it is useful to understand how cognition is changing, and traditional measures are good baselines to track that change. But change does not indicate laziness, stupidity, or, as the authors claim, no thinking at all.  It indicates, instead, the need for new measures.

A more interesting question, for me,  is how are intelligence and thoughtfulness changing? Rather than understand the brain and the device as separate sources of thought, could we instead render them connected nodes within a thought ecology? Such a rendering first, recognizes the increasing presence of digital devices in everyday life, and second, explicitly accounts for the relationship between structural inequalities and definitions of intelligence.

Definitions of intelligence have a long history of privileging the skills and logics of dominant groups. If cognitive function is tied to digital devices, then digital inequality—rather than human deficiency—becomes a key variable in understanding variations. At some level, I think people already understand this. After all, is it not the underlying driver of digital literacy movements?

This was not the study I wanted it to be. It does, however, tell us something interesting. People are changing. Our thought processes are changing. This is a moment of cognitive flux, and mobile digital technologies are key players in the future of thinking.

How do Smartphones Affect Human Thought? - Treat Them Better — March 12, 2015

[…] How do Smartphones Affect Human Thought? […]