Not a REAL Gamer: Identity and conspicuous consumption 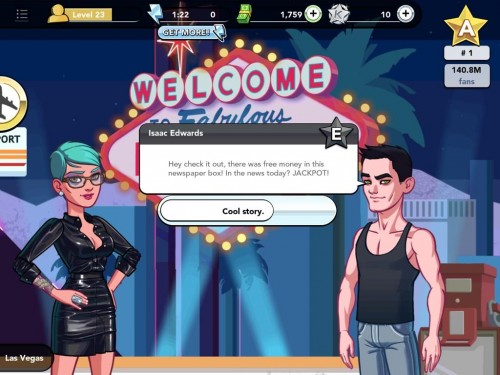 If anything halfway decent can be said to have come out of the embarrassing horror that is GamerGate, it’s that it’s generated some useful – in many cases necessary – discussions. Regarding culture and misogyny and the ways in which spaces are carefully and intentionally made hostile for certain groups of people identified as undesirable, but also in terms of consumer capitalism and the ways in which the game industry essentially created the contemporary definition of “gamer” as an identity to market to after the game industry crash of the mid-1980s (Brendan Keogh has a great summary of exactly how and why this happened).

I keep coming back to the consumer aspect of this. not because I think it’s more important than the extensive abuse and harassment of women and queer people but because something we’ve seen over and over is that some nebulous ideas of the production and reproduction of power and domination become material in our technology. We can see them in what our technology looks like and how it functions, in how we use it and who gets to use it at all. And during a conversation on Twitter – which I meant to Storify and forgot to, oops – it struck me how the ways in which consumption works in the game community are part of the processes that keep marginalized people on the periphery and maintain the primacy of certain kinds of games, thereby reinforcing the definition of what a “gamer” is.

It’s important to bear in mind here that one of the foundational elements of the “gamer” identity as it’s been defined for the last couple of decades is that of an in-group who is deeply focused on the playing, buying, and discussion of games, and that only certain games count as “real” games. The construction and maintenance of the concept of “core” games is how someone has or does not have actual cred as a gamer; if you call yourself one, be prepared to back that up with what you play – what you buy.

And when people who don’t fit this (intensely gendered) vision of “gamer” start claiming the title, you start moving the goal posts. Redraw the lines and redraw them harder. Oh, you play that? And not that? Yeeeeah, no. Women who play and love video games consistently report this kind of skeptical interrogation; what they play is suspect because of who they are, and who they are makes what they play suspect. Or they don’t love it in the right way for the right reasons (witness the phenomenon of the Fake Geek Girl).

What does this have to do with technology? Being a gamer in the sense the word has meant is expensive, you guys. Not outrageous, but sure as hell not cheap. A PS4 currently goes for about $400; an Xbox 360 somewhere between $200 to $400. PC gaming is more expensive still, running potentially into the thousands for the best of the best. Games themselves are pricy, with new titles usually priced between $30 and $60. All this means that even people who love this technology and love these games can find themselves priced out of keeping up with the latest stuff, or having it at all.

This isn’t just about consumption; it’s about conspicuous consumption. How high a priority are games for you? How much do you spend, how much of a premium do you place on getting something as soon as it’s out? These are some of the ways in which the lines are drawn and in which they’re maintained, and it’s about identity expressed as buying things.

So if you don’t have the money – or you arrange your priorities differently because it’s what makes sense – you don’t get to be on the right side of those lines.

Think about how income and wealth inequality intersects with every other kind of social inequality in existence.

The thing about all of this is that it’s in a state of transition. When I talk about being a “gamer” up there, I’m talking about it in terms of what it has meant. But all kinds of people are playing games, and they’re not playing them on PCs and consoles; they’re playing them on smartphones and tablets. Which, although they can also be expensive, tend to be a good bit less expensive when you consider how few game apps actually cost $60.

So suddenly all kinds of people who don’t fit the profile of “gamer” are playing lots of games. A lot of them are women. I mean, a lot of them are women. But they’re playing casual games. They don’t get to count, regardless of how good they are. Indie games, games that buck the AAA formula – games like Depression Quest, just to name one – are not real games. The lines are redrawn, and redrawn again.

A number of people have observed that at the core of this whole ugly mess seems to be a deep-seated anxiety on the part of the people who fit the traditional “gamer” profile regarding their own legitimacy, their very existence. I think this is correct; I think, like all hegemonic groups witnessing the end of their own hegemony, these guys are worried, even frightened. Their identity is becoming increasingly meaningless to everyone who isn’t them. They’re losing their ability to dictate the conversation around games and the playing of them. As Keogh writes:

When it was necessary for corporate interests, a ‘core gamer’ identity of young males was cultivated to buy the products of an industry scrambling to come back from the brink. To be sure, they still are. The large publishers and the major games journalism outlets are still more afraid of upsetting gamers than they are of speaking to a more diverse audience. But both have been bypassed by the emergence of creators and writers beyond the core gaming industry. Which is not to say, necessarily, that we are seeing the end of the gamer identity, but we are seeing what was only ever a small, consumer-focused subculture kicking and screaming itself into the realisation that this is all they ever were, and that videogames as a diverse ecology of cultural forms – commercial, popular, niche, personal – is moving on without them.

No one likes to face the fact that they’re not the special snowflake an industry has spent decades telling them they were. But the rest of us are richer for it.

[…] Not a REAL Gamer: Identity and conspicuous consumption: […]

[…] For full post, see Not a REAL Gamer: Identity and conspicuous consumption » Cyborgology. […]

[…] Not a REAL Gamer: Identity and conspicuous consumption […]

[…] “gamer” community was arguably defined in part by the game industry itself, who created the culture of a market they could then sell things to. That example is a lot more blatant than others, but I think the same processes are at work […]