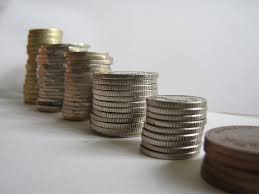 Irwin Altman defines privacy as “the selective control of access to the self” (1977:67).  To maintain privacy is not, necessarily, to avoid disclosure, but to exhibit autonomy and choice over that which is, and it not, exposed. A privacy violation is that which unduly inhibits this control.

What counts as a privacy violation is far from straight forward, and always situation specific.   Nissenbaum’s contextual integrity framework  delineates the relationship between situational expectations and relative control over access to the self. Specifically, Nissenbuam argues that each context contains its own set of privacy norms, or expectations about how much of the self will be accessible. From this perspective, a privacy violation is that which violates privacy norms. Or in other words, privacy is violated when the self is more accessible than one has agreed to. Ostensibly, one could then avoid those contexts in which the self is highly accessible, and cry “violation!” when the self is unduly accessed.

This assumes, however, a freedom of choice that fails to account for the empirical circumstances of the contemporary, highly connected, era.

What if the context is unavoidable, yet the privacy norms are disconcerting? Such is the potential case for mobile phone usage. I say potential because I do not assume that everyone finds the privacy norms surrounding mobile phones unsettling. Those who do, however, may feel a bit stuck. Your phone tracks you. It records what you do, where you go, with whom you communicate. Your data are scraped, sold, and distributed among corporate entities and government agencies. This is the new normal. And yet, the mobile phone—and increasingly the smartphone—are integral parts of everyday life. A recent Pew report shows that about half of all cell phone users would find it “very hard or impossible” to give their devices up. These devices are woven into the logic of contemporary society, and to be without one is at best burdensome, and for some, virtually impossible.

Within this context, then, one can assume a high degree of access to the self, whether desirable or not. This is the key privacy dilemma of the contemporary era, and this creates a need. Specifically, it creates a need to subvert  contextual privacy norms, allowing users to access the technologies, while limiting access to the self. The goods and services that pop up in response to this need create a silent battle between privacy as a right, and privacy as a commodity.

Blackphone is a piece of hardware that advertises privacy for its consumers. Specifically, it is an Android based smartphone for which geo-tracking and data availability are opt-in—rather than opt-out. The default setting is such that users’ data remain private, literally locked in a Swiss vault, rather than dispersed among advertisers and the NSA. This phone sells for $629. Apparently, that’s what privacy, as a commodity, costs. Indeed, the tagline on the Blackphone site tellingly reads:

If privacy is a commodity, it is necessarily not a right. A commodity is available to some, those who can afford it; those who elect to put their resources towards it. A right, on the other hand, is a given. It is secured; it need not (or should not) be earned, bought, or benevolently granted.

ChatSecure, and applications like it, are material manifestations of privacy-as-right as opposed to privacy-as-commodity. ChatSecure is a free encryption application that allows users to communicate with increased privacy across platforms and operating systems. The application is open source and was constructed by a consortium of hackers, developers, and activists. Moreover, it is advertisement free. As the website claims: “we want your love, not your money.”

Earnst Schraube contends that technologies are materialized action. They do something, but are also, always, imbued with human value. The meaning and place of privacy is both at stake, and reflected in, data protection mechanisms. The question, is are we willing to consume privacy? And if we do so, do we forego privacy-as-right in favor of privacy-as-commodity?  And perhaps most importantly, do we, as consumers, have a real choice?

This is interesting. I would expand upon this by including a discussion of state entitlements. That is, should privacy protection be secured by means of state support or simply left to the actions of charitable others.

[…] points out that, if it costs you to keep your privacy, then it’s not a right, and if your Keurig can tell you’re using off-brand pods, you might be in too […]