The Real Victims of Journal Paywalls 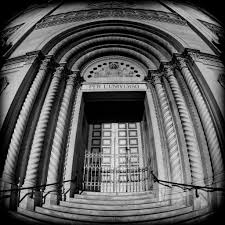 As a professional sociologist, I maintain membership in several listservs and social networking site groups centered around my areas of study. Every now and then, someone will post a request for a particular academic article to which they do not have access at their home university. Quickly, another member of the group provides the article, and we all go about our business.

Not having access to one article, for a connected professional, is no big deal. But imagine if that same professional never had access to academic articles unless they were willing to pay—exorbitantly—to get beyond publishers’ paywalls. Were that the case, it would be incredibly difficult, if not impossible, for that professional to conduct research.

Much of the debate surrounding open access contends that social research should be a “public good,” and therefore openly available. I wholeheartedly agree (in fact, that link above goes to my own post about scholarship as a public good). But today, I want to think about who is *really* harmed, or at least, harmed the most, by paywalls. The clearest victims of paywalls, I argue, are the growing number of professionally trained scholars occupying non-full-time positions within the academy, or positions outside of the academy altogether.

Yes. In an ideal world, all scholarship would be available to all interested parties. But let’s get real for second, the general  public doesn’t need (or probably want) to wade through long, dry, jargon-ridden academic journal articles, adorned with gratuitous citations and unnecessarily semi-coloned titles.  They are interested in the ideas, which are probably best conveyed in journalistic publications (i.e., newspapers and magazines), blogs, and crossover books. But what about someone who wants to do research? Someone, say, who has a PhD but no University affiliation. An “independent scholar,” if you will.

Research articles have lots of citations. They have an entire section just for a review of the literature, and the scholarly public expects more citations sprinkled throughout the methods and analysis. Quite simply, one cannot do academic research without easy, affordable access to the academic work that’s already out there. And this, I argue, primarily affects the growing number of PhD’s whose jobs reside on the margins, or entirely outside of, formal academia.

Here’s how journal access works. Some journals are open access. Not a lot, though, and not many of the “big names.” Articles from these journals can be accessed on the web, at any time, by anyone with Internet connection. Other journals—most journals—live behind paywalls.  Individual citizens can purchase access to the contents of these journals for a not unsubstantial fee. Typically it’s somewhere around $15-$20 for a single article, or several hundred dollars for a year’s subscription. To effectively conduct research, a person realistically needs access to the archived content from many, many journals, spanning multiple years. The personal cost is prohibitive, to say the least. Authors can opt to purchase open access for their own work, and universities can sponsor their faculties’ work, making it publicly available. This costs thousands of dollars, though, and again, effects only a single piece of work, while an aspiring researcher needs access to All of The Work.  Luckily for university-affiliated faculty and students, institutions’ libraries usually purchase subscriptions to a wide array of journals, and grant access to those who teach and learn at these institutions. Moreover, these institutions are interconnected through Inter Library Loan (ILL) such that missing materials can be easily supplemented by a partnering institution.  Basically, a researcher can only be a researcher if s/he maintains the right kind of institutional affiliation.

Here is what’s happening in the academy: it is getting increasingly more difficult for people with PhDs to obtain full time work within a university. Over half of all college faculty hold adjunct or non-full time positions  and the average salary of these positions is $2,000-$3,000 per class. These positions also include no benefits, no job security, and often, no offices. They currently do include, however, access to library services. So technically, if an adjunct can squeeze in time for research between their multiple classes, multitude of students, and sometimes, second jobs, they could potentially publish themselves into one of those cushy—though diminishing—full time academic positions. This is probably not going to happen—24 hours are simply not enough for someone who makes at best $30,000/year teaching five classes per semester. For now, though, it could.

For now. Non-full time faculty, like all “part-time” contract workers, are a vulnerable bunch. Not only can their jobs be cut without notice, so too can the few benefits afforded them. If universities already ask faculty to teach without basic teaching resources like offices and computers, it is not a stretch to imagine that, when the whim hits, these universities could take away library resources as well.

Moreover, $30,000/year, teaching five classes (and again, I’m being generous with these numbers), with no job security or health benefits, is pretty untenable as a long term career. Without supplemental support-say, a spouse with a full time job—it is incredibly difficult to make a living, and close to impossible to support a family. This creates a circumstance in which it is increasingly difficult for a trained professional to stay affiliated within the academy, and all but necessary that s/he seek employment in other realms.

To leave the academy, though, is to leave behind access to scholarly works. To leave behind access to scholarly works is to forgo the possibility of ever returning to the academy. One cannot conduct scholarship without access to journals; one cannot access journals without institutional affiliation and inclusion as a beneficiary of library services.  In short, the relationship between hiring practices of universities, and economic practices of publishing companies, makes it such that huge numbers of professionally trained scholars are precluded—potentially, actually, technically, and practically—from engaging in scholarly work. Once this exclusion occurs, it builds on itself, further excluding the marginalized, and blocking their way back in, one paywall at a time.

I am not a PHD and this situation seems real unfortunate because when as an undergraduate I witnessed some of this in my awesome teacher facilitators.
What your writing is sort of a reason why I took the year or two off to discover new things while mostly sitting on my ass before finding a marketing analyst job 7 months after the Bachelors. This probably wouldn't have been possible just with the STS but also with extra open source computer software studying on my own time for free.

I have the interest in later scholarship where I now do personal research in the field talking with working class people and subsidiaries whom hold academic experience. While volunteering I take the keen eye and open heart approach to investigate the happenings in the liberal NGO's I am apart of in the "let's see if it will work" MA commonwealth

Without academy use of scholarly articles, I utilize the objective Boston Globe in which explains what the people want and the collective actors and reactors value.

While removing the paywalls can increase access, there is still the problem of discovering the research in the first place. I am in a full-time, tenured position at a community college. Our library, however, only has subscriptions to a handful of databases (JSTOR, EBSCO, Proquest, and a few others). By the time I completed graduate school, I was a regular user of Web of Science to search for literature. I no longer have access to that database. It was a sad day when my grad school credentials no longer gave me access to my graduate school library. I use Google Scholar as a substitute, but I still prefer Web of Science to do serious literature reviews. I've borrowed credentials from a couple of other folks whenever I've needed to do serious literature reviews to gain access to the databases, but that's imperfect.

My point is that removing the paywalls is an important step, but not enough. Removing the paywalls would make it easier for me to gain access to the articles I already know about, but it doesn't really help me gain access to the articles I don't know about. I do use Interlibrary Loan quite freqently, but this too has its own quirks that I'll leave for discussion on another day.

[…] The Real Victims of Journal Paywalls on Cyborgology […]

Thank you for your article Jenny. I actually am in one of the positions mentioned above: I consider myself an independent, non-trained (autodidact) professionnel, teaching classins outside University and sometimes a few hours at University.

I spend about 2 000 € per year on the purchase of books, to constitute a library around my subjects, and am not eager to add quite high costs on academic journals and libraries to that amount. Add to this the quite expensive books in some 'niche' sujects, like anthropology/tourism studies, and yes, I feel frustrated. MOOCS and other online training courses, give you access to scientific approaches, studying online (blogs, articles, debates) can do some of the rest - the missing part of journals becomes more and more evident when you advance in your research.

With the changes in formal training programs and education ideology, brought about by technology and changing ideas about access to information and training opportunities, access to these resources is going to be an important part for disclosure without constraint. The scientific community will probably discover more and more professionals capable of adding insights and analysis to their practices.