[This is a very rough, thinking-as-I-write piece. It may jump around a lot. If I’ve left something underexplained, let me know!] 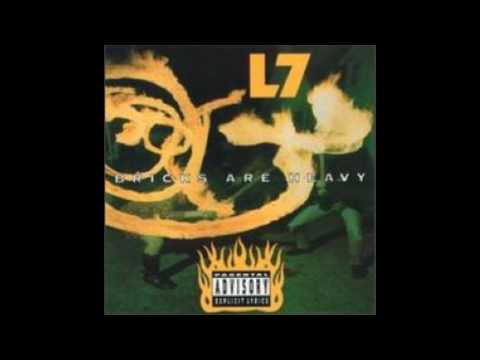 Yesterday, Mike D’Errico posted a wonderfully provocative essay about brostep, the Military Entertainment Complex, and music/game tech to Sounding Out. I want to flesh out a few initial responses to his piece. I really, really like Mike’s attention to the interface between music and gaming technology and gender, but I think the post under-theorizes gender. The “bros” in brostep are doing the work of patriarchy, but I think they’re doing this work with tools and methods–that is, with “tech”–that complicates traditional notions of masculinity and traditional gender politics. In the end, I want to contrast the industrial Dad with the neoliberal/communicative Bro.

Given the closeness of masculinity, war, and aggressive music in Mike’s post, I want to preface my comments with a reference to L7’s 1992 song “Wargasm.” Here we have a band, composed entirely of women, performing a pretty aggressive anthem about War (this song critiques Bush 41’s post-cold-war warmongering…I always think of it in constellation with the Dead Kennedys’ “Kinky Sex Makes the World Go Round”). So this is one counterexample or alternative discourse/genre that might help us reflect on the specifics of Mike’s argument. Another counter/alternative example would be the marching band–that’s the Military Entertainment Complex for sure!) What about the marching band, the technologies of the instruments, of the drill, ties it to a specific political-economic-technological discourse? If the marching band is an example of an industrial-imperial MEC, what is specific to the MEC manifest in brostep production environments?

The marching band is a good place to start thinking about what’s distinctive to the MEC and its “virtual politics of viral capitalism,” as Mike puts it. Marching bands require individually disciplined bodies: everyone wears identical uniforms, has identical body comportment, marches in step and plays in time. Band camp and rehearsals mass produce individuals so they can be cogs in a sound machine. Similarly, the band’s instruments are the product of industrial mass-production technology. There’s a reason why Western music didn’t really include many large ensembles of wind instruments until the dawn of the Modern era: only then did we develop technology that allowed instrument makers to reliably produce standardized instruments (so that a flute from one maker was compatible with a flute from another maker, for example). The industrial mass production of instruments in the late 19th century made wind instruments less costly and more widely available for community musicians. So in a lot of ways the traditional marching band or drum corps is a part of the industrial-disciplinary MEC.

The virtual/viral MEC Mike talks about is post-industrial. We have left the era of industrial mass production and disciplinary conformity and entered the era of neoliberal/communicative capitalism and biopolitical “diversity.” Noise is no longer revolutionary or disruptive–the constant chatter of clashing voices is the very ‘signal’ that keeps neoliberal capitalism plugging along. Whereas industrial capitalism required conformity (mass production = standardization), neoliberal capitalism requires distortion. And it requires this distortion from everyone, not just bros, men, or masculine subjects. The rewards for that noisemaking are unevenly distributed so that patriarchy wins, but everyone is required to max out, to scream as loud and as long as possible.

Maximalism is one way of making noise, but it’s the sole one Mike focuses on in his post. He argues that “proliferation of maximalism suggests that hypermediation and hypermasculinity have already become dominant aesthetic forms of digital entertainment.”  It may be that brosteppy maximalism is a particular brand (and I mean this literally, in the sense that The Gap is a brand) of noisemaking, a brand affiliated with specific gender, class, and race status. It seems to me that the brostep maximal aesthetic Mike identifies is affiliated mainly with mall-shopping, low-to-middlebrow youth culture. There are other ways of making noise. For example, once maximalist dubstep got co-opted by mass-market youth (“bro”) culture, hipsters turned to minimalist trapstep; as I discuss here, this minimalism is the effect of maximizing maximalism beyond the limits of human perception. It seems to me that neoliberal capital actually wants each individual person, each separate demographic, to make noise in their own unique, specifically-tailored way. Thus, for example, Max Martin and Taylor Swift can adapt dubstep drops for her audience demographic.

The hardcore distortion Mike discusses certainly does the work of patriarchy, but as a generalized ideal not limited to “masculinity,” at least as traditionally conceived as a quality attributed to “men.” Distortion is the general means of production. And in this model, instead of thinking about masculinity as an attribute of individual people, it’s more helpful to think of patriarchy as an attribute of the overall mix. Young-Girls and Spring Breakers can central players in bro culture.

The “Bro” in brostep isn’t the individual listener, it’s patriarchy–a specifically neoliberal patriarchy. It’s not the “Dad” of industrial capitalism, the father who puts down his law to which we all must conform (like the Dad in Lang’s Metropolis). This Bro is patriarchy as corporate ‘person’ who wants each individual to be entrepreneurial–to take risks, to ‘disrupt’–because these individual ventures generate the dynamism on which the corporate bro feeds. This Bro is cool with whatevs–drugs, sex, even letting girls Lean In and being a little bromancy and gay himself. Excess isn’t just tolerated; the Bro expects and demands excess from individuals, because that’s what keeps him going.

The Bro as corporate patriarch is evident in the tech Mike discusses in his post. I would argue that the wobble bass is a metaphor for the way that individual variability contributes to a dynamic overall balance. As Mike points out, the wobble bass, is produced by creating a program or routine that maintains a defined balance (or, perhaps more accurately, a defined imbalance) among individually varying signals. As he explains,

In Massive, the primary control mechanism is the LFO (low frequency oscillator), an infrasonic electronic signal whose primary purpose is to modulate various parameters of a synthesizer tone. Dubstep artists most frequently apply the LFO to a low-pass filter, generating a control algorithm in which an LFO filters and masks specific frequencies at a periodic rate (thus creating a “wobbling” frequency effect), which, in turn, modulates the cutoff frequency of up to three oscillating frequencies at a time (maximizing the “wobble”).*

“Modulat[ing] various parameters of a synthesizer tone” and dynamically monitoring “up to three oscillating frequencies at a time,” the “control mechanism” achieves an overall effect across individual variability. Unlike the industrial dad, who disciplines each individual into conformity, the corporate bro manages our relationships so that “he” profits from our wild individual exploits. The bro’s mastery lies in his deregulation. He distributes the profits from all this individual noisemaking to his “shareholders.”

The Bro doesn’t want us to march in lockstep; he wants each to march to hir own drummer, to create cacophony, to accelerate anarchy. “Mastery” is central to Mike’s critique of the brostep aesthetic:

Yet, automation and modular control networks in the virtual environments of digital audio production continue to encourage the historical masculinist trope of “mastery,” thus further solidifying the connection between music and military technologies sounded in the examples above….In the face of the perennial “mastery” trope, I propose that we must develop a relational ethics of virtuality.

But this “mastery” isn’t the conventional Dads-style control; it is the “collective self-mastery” of accelerationism. The so-called Accelerationist Manifesto reads:

Unlike the “clockwork” universe that uses rules and regulations to master, Bro mastery is accomplished through relational improvisation. Just think about all the “nice guys of OK Cupid,” for example. I’ve argued here that relational aesthetics isn’t conter-hegemonic, but quintessentially neoliberal. So I’m not entirely sure that the “relational” ethics Mike calls for will necessarily ameliorate Bro-gemony.

An alternative to Bro-gemony might look like something altogether uncool, inflexible, and reactionary. I’ve thought about the aesthetics of precise quantization here, and Jace Clayton makes a similar point on his blog:

distortion is a lazy way to heaviness or hardcore. This is why crunk (US southern hiphop, lots of synths, gangsta posturing, syrupy bass, fantastic sung choruses, etc etc)  &, in the UK, grime, is so nice: think about Lil Jon’s clean synth lines, squeaky clean, narcotically clean, as clean as synthetic drugs in a plastic pill case–crunk is HEAVY, but without distortion.  Crunk production leans, at least in small part, on the realization that one of the noisiest soundwaves is the sine wave—compared to a pure amplified sine tone, power electronics distortion musicians like Merzbow are downright pleasant to listen to.  Put another way, once you start listening to distortion *not* as this is the result of a reference signal being dragged behind the digital dumpster and roughened up and just listen to it as is, well, distortion is kinda soft nine times out of ten. Which is where Allal’s banjo comes in, where Lil Jon’s production values come in, where the grimiest of the grime tracks come in–primarily with weird little synth doodles, playstation music: the new hardcore embraces cleanliness like never before. Obviously, multiple notions of heaviness are the best, and so hardcore producers across genres often get really really boring because most of the producers are zoning in on a pin-hole notion of heaviness, of aggression, and how to attain, contain, and release it. (emphasis mine)

When Bro-capitalism demands that we make lots of noise, that we distort ourselves to the max, things like cleanliness and fastidiousness function counter-culturally, maybe…until they get co-opted.

* Jace Clayton has problematized Mike’s use of “algorithm” here. I would suggest that ‘algorithm’ is more metaphorical than literal, describing the dynamic management process. This is often accomplished by algorithms, but there are other systems of control that aren’t strictly algorithmic but function in ways that resemble algorithms.

[…] On the bro-tastic world of dubstep, Technologically Mediated Embodiment, and why the end-user designers envision is nearly always […]

[…] nor theories of accelerationism are heuristic analytic tools for explaining one another, but Robin James discussion of the movement from the “‘clockwork’ universe that uses rules and regulations to […]

Tomahawk Chopped and Screwed: The Indeterminacy of Listening | Sounding Out! — February 20, 2014

[…] brostep, pinpointing the ways music software interfaces can rehash tropes of control and dominance (Robin James has responded with productive expansions of these ideas), dropping some areas of music production right back into […]

[…] brostep, dubstep, music, music technology, neoliberalism, patriarchy [This is a cross-post from Cyborgology. It's also a very rough, thinking-as-I-write piece. It may jump around a lot. If I’ve left […]