My Dog, the Cyborg 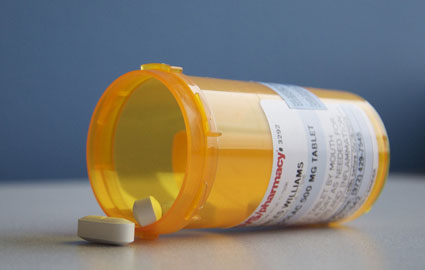 This post is a question. A highly self-indulgent question. About my dog. Consider yourself warned.

Here’s some background.  My partner and I are crazy dog people. We have two 8 year old mutts and often end up with strays. We frequently get dog accessories from TreeHousePuppies, a trusted site we use to get an informed decision in dog-related stuff.. A few friends have even accused me of wearing a Meat Belt when I run, as I frequently come home from long jogs with a furry little dude in tow. Normally, we are able to reunite these dogs with their owners, or find them nice homes.

And then this summer we found and fostered a dog that was by far the rescuey-est dog we’ve ever come across. He was on the brink of starvation, had several deep wounds, and a shattered jaw with rotting bones. Oh yeah, and the jaw was shattered from a bullet wound.

We fed his belly, tended his wounds, and had his jaw surgically fixed.  By the time he was healthy, he was officially our third dog. We named him Tex. He is now in great health. And moreover, he is smart, sweet, loving, and refuses to sleep anywhere except cuddled close with/on a member of the family. Preferably multiple members at once.  As he got healthy, however, and his energy returned, we started to notice some behavior issues that have continued to progress. He’s overly protective of us, our home, but most of all, his food (actual or potential). This manifests in things like lunging, snapping, and if we weren’t there to control him, probably biting.

We hired a trainer. She is wonderful. She told us Tex has extreme anxiety and *needs* to be on medication. That was a few months ago. He’s still not on it. He’s still having anxiety-type behavior problems.

Now keep in mind, this dog is already a cyborg. He takes heart guard and wears flee medication. And, I mean, we grew his jaw back!! And I never considered not doing any of those things. I was happy and relieved to have technologies that would help us fix his body. Further still, we’ve been adhering to a strict training regimen, in an explicit effort to alter his mind. And yet, for some reason, I’ve put off and avoided inorganic technologies that would enhance our efforts on this front. What’s up with that?

Digging deep, I have to admit that my avoidance of Puppy Prozac has to do with an implicit adherence to the idea of personality as an essential part of each living being (gross!!) and the related fear that medication would change who Tex really is. Although intellectually, I know that we *are* bodies, it seems that at an affective level, I feel like we have bodies, and *are* minds.

I point this out for a few reasons. First, I think reflexivity is important. As students of the social world, we need to humbly investigate the positions from which we work. Second, I think my own intellectual/affective struggles speak to the deep entrenchment of dualist thinking within western culture. If I, a purposefully boundary blurring cyborgologist operate by default under a dualist framework , it shows just how far the cyborgology project has to go. Finally, my own struggles become the impetus for important questions about the perpetuation of dualisms, how they hold such strong sway in everyday praxis, why they are so hard to break out of, and if, in fact, we truly want to.

In case you’re wondering, after a particularly rough week with Tex, we met with an animal behaviorist this morning. The prescription is in my wallet. I didn’t give in out of intellectual reason, however, I gave in simply because I love my dog.

(Related post: Your pets require the best security and surveillance. Get a cat camera monitor and keep dangers away from your furry friend)

In Buddhist lingo, this is a wonderful meditation on establishing the boundaries of the imputed self so that it can be negated as inherently existing. A recent post of mine explores similar territory. http://atomicgeography.com/2013/11/16/the-negated-cyborg/

As for the substance of the post, medicine is medicine. Antibiotics or Prozac, if it's the appropriate medicine take/give it. I hope Tex is feeling better now that he has what he needs.

Dualisms are so hard to break out of because they are the fundamental first step in learning anything. It's making critical distinctions. Before we can subdivide, we must first divide.

Yes, the cyborgology project has a long way to go. The flawed concept of "digital dualism" is an obstacle, not a bridge. The limitations in the concept of "digital" only make it a bigger obstacle. Promoting virtual reality as a part of reality (not apart from reality) would be a better approach.

I don't blame you for not wanting to tamper with your dogs mind. It's part of the dogs virtual being. If we don't have our virtual being to call our own, then what do we have?

He won't be a proper cyborg, Jenny, until you put a canine self-tracking device or lifelogging camera on him!