A Culture of Moderation: or, no more messages from Satan

This post is gonna wind its way through the last 30 years of pop culture on its way to saying something about Jenny’s recent post on “The ‘ought’ of Technology.” I want to broaden the lens from technology in particular to pop culture in general, because I think the “ought” Jenny identifies isn’t limited to tech use. The imperative to be moderate is a more generalized cultural norm. This concept of moderation may help us think about how norms and conventions about tech use are integrated in and impact other, less explicitly techy phenomena. It may also explain why nobody cares anymore about kids hearing hidden messages–e.g., from Satan–on records, but worries more about their BMI and their diet.

I grew up in the 80s and 90s. I actually remember buying CDs with “Parental Advisory” stickers on them. I remember Tipper Gore’s Parents’ Music Research Center (PMRC). I remember the media being saturated with stories about “hidden messages” in music. The sampled dialogue at the beginning of 1000 Homo DJs 1990 cover of Black Sabbath’s “Supernaut” takes one expression of this anxiety and repeats it in an ironic, mocking way.

Practically every one of the top 40 records being played on every radio station in the United States is a communication to the children to take a trip, to drop out, to groove; the psychedelic jackets on the record albums have their own hidden symbols and messages as well as all the lyrics of all the top rock songs, and they all sing the same refrain: it’s fun to take a trip, put acid in your veins 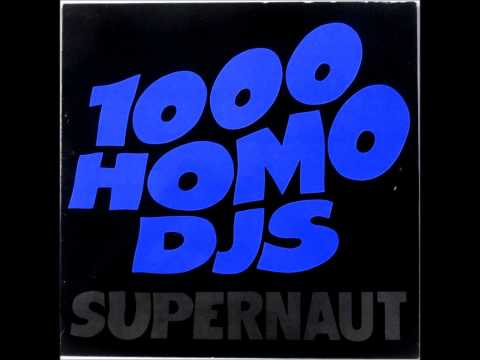 While the sample Al Jourgensen used on this track is primarily concerned with hidden drug and racial messages (tripping, grooving), by the 80s the concern was less with drugs and more with hidden Satanic messages. This “hidden messages from Satan” trope has a long history–there’s an urban legend that certain Beatles records, when played backwards, contain demonic messages. KMFDM’s “Sucks” parodies this trope. KMFDM explicitly states their song has “a message from Satan if you turn it around”…but it’s an answering machine message to Satan, from bandmember En Esch: 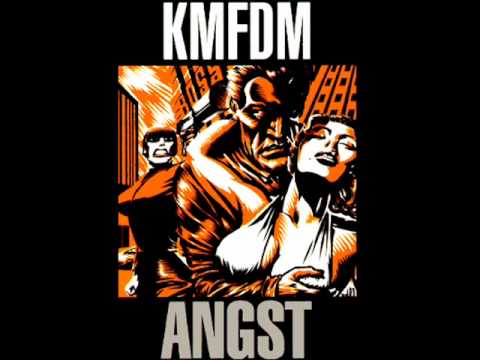 You might think of this concern with hidden Satanism as the inverse or negative of the similarly widespread concern over explicit sex and violence in the then increasingly popular genre of hip hop (e.g. 2 Live Crew). The PMRC was a response to widespread white middle-class anxieties about hidden and explicit influences on kids and teens. This anxiety was seen as uncontroversial and politically neutral (i.e., neither a Democratic nor a Republican issue) enough for the Vice-President’s wife to champion as her pet cause.

Fast forward to today. Michelle Obama, the President’s wife, isn’t championing a project to protect our kids from hidden or explicit messages; instead, her pet project, “Let’s Move,” is about fitness and diet. We’re now concerned that our kids are too fat and unhealthy, not that they’re Satanist junkies. Fitness and diet are now seen as relatively commonsense, uncontroversial, and politically neutral enough for the President’s wife to champion as her pet issue.

Personal and group fitness training gives people a source of accountability and therefore the opportunity to accurately measure their progress. Experiencing real fitness progress increases our feeling of motivation and this successively leads to our adherence to regular exercise. Most folk struggle to stick to their good intentions when going solo hence the importance of a private trainer.

Personal training also will provide you with a fitness program designed only for you, as a trainer can evaluate your fitness level and tell you exactly what aspects need improved, and what you’ll do to enhance . Also, if you would like to try to to something specific, like train for a run event, a private trainer who focuses on that field are going to be ready to provide you with a workout tailored to your specific needs.

So, we used to be concerned about the content our kids consumed–what meanings they were interpreting in the cultural products they consumed. Now we’re concerned about the rate of their consumption: quality and quantity of input (diet) as tracked to quality and quantity of output (fitness). We try to teach our children: “Eat enough (but not too much or too little), exercise enough (but not too much or too little). You can have a little junk, but not too much. Be neither anorexic nor bulimic–don’t deny yourself, but don’t binge either.”

This imperative to “be healthy” sounds a lot like the “ought” Jenny identifies:

The ought rests between the two extremes described above. The ought, I argue, is a carefully curated relationship with technology, one in which the social actor has access, know how, and above all, control…Pathology here, of course, is a loss of control, a domination by the technology rather than domination of the technology.

So we’re worried that kids aren’t able to control themselves–or perhaps, rather, that (certain kinds of) parents aren’t able to exercise proper/sufficient control over their kids diets and routines. If we can’t teach our kids to moderate their own bodies, we can’t expect them to moderate their tech use.* Moderation is a broad-based and far-reaching social norm–it applies not just to tech use, but to everything, really.** In this light, anti-obesity projects like “Let’s Move” look like programs to train children in the practices and norms required of good, trustworthy citizens.

All this is to say that we’ve moved from a culture of interpretation to a culture of moderation.*** Interpretive techniques used to be popular–psychoanalysis, for example, is an interpretive technique (finding the ‘hidden’ meanings of dreams and slips of the tongue); deconstruction is also an interpretive technique (finding the ‘hidden’ meaning in a text, what it ‘does’ as opposed to what it ‘says’). Now, tracking techniques are popular–we’ve got the Quantified Self/quantified self instead of psychoanalysis, and digital humanities approaches to literature/data visualization instead of deconstruction. To assess our (im)moderation, we have to track ourselves and each other (to riff a bit on Jerry Springer).

Some remaining questions: How might moderation–as an ideal, a value, a set of norms and practices–be embedded in the design of new and emerging technologies? How does new/emerging tech help us moderate ourselves (and each other)? How might tech literacy make us more capably “moderate”? What skills and practices of moderation transfer across media/realms of experience (e.g., does the ability to maintain a thin, healthy body require skills that you can apply to moderate tech use?) When, say, employers look at social media profiles of employment candidates, are they really judging the candidates’ ability to be moderate? Or, how do specific technologies and practices reveal our competency as moderate (or incompetency as immoderate) to others? And, finally, whatever happened to Satan? Where is Satan appearing, if at all, in pop culture nowadays?

*  We use body size as a sign of one’s ability to practice moderation/self-control.Thin people are thus seen as trustworthy; obese people are seen as untrustworthy.

** Jenny uses the language of self-control, and I’m using the language of moderation. I see the two as basically identical concepts because, in ancient Greek philosophy, moderation (sophrosyne) meant self-mastery. For those of you who know your Foucault, yes, there’s a whole undercurrent of History of Sexuality v 2 running throughout my thinking here (which is also to say there’s a lot of ancient Greek philosophy in play, too). I’m actually working on a conference paper on this topic–I’ll share it when it’s ready.

*** Ben Gabriel’s “I Have No Mouth But I Must Scream” suggests another way that we’ve moved away from a culture of interpretation and meaning.

Robin is on twitter as @doctaj, but the messages are only from her, not Satan.

In relation to this, I remember reading an article about moderation in relation to sexuality; how contemporary sexual norms don't judge promiscuity or abstinence but rather one's ability to regulate access to oneself. But now I can't find that article anywhere.

This part of culture (mental and spiritual) is primarily driven by content. Technology is a secondary influence. It's not the amount of time you spend playing games or watching movies. It's what the games or movies are about, the content. But mistakenly, technology is given way more attention than content just because technology is changing so rapidly. The medium gets more respect and attention than the message. Hardware has gone way ahead of software, and software has gone way ahead of content.

It's easier to assess ability to be moderate when it comes to physical matters such as physical appearance and use of technology to improve health, despite the luck factor of being dealt what most would consider to be healthy "good" genes. What's far more difficult is assessing ability to be moderate when it comes to virtual matters such as mental health and use of healthy content, "good" memes. There isn't as much consensus on mental "oughts" as there is are physical "oughts." There's far more competing versions of what is mentally healthy compared to what is physically healthy.

The natural manifestation of this imbalance is more employment solving physical problems than mental problems because physical achievement is easier to recognize, measure, and reward than mental achievement. Good engineers are more easily recognized than good artists. Satan is free to deliver evil content when everyone else is distracted by the technology. When the medium is considered more important than the message, more mental junk food and poison will be sold in the messages most people consume.

Your claim that "we've moved from a culture of interpretation to a culture of moderation," does ring true with me to an extent. However, I feel that "gaming" is now where Satan lives in the minds of many. Many parents become worried about their kids playing video games because major news outlets tend to claim that violent games make violent people. If you ask any gamer, though, they find this to be a wild claim that has no bearing in any data or analysis. To me, this would be the one area that still falls under the "interpretation" category.

I'm a little confused as to whether you are saying this change from interpretation to moderation is a good or bad thing. Or are you simply just stating the change itself?

All this considered, what do you think the cause or reason for this shift in thinking is? Is it simply a generational change, or a response to the rise of digital technology? It seems to me that this is a response to the previous "interpretation" culture that has sprung from the growth of the youth being poisoned by music. Now those youth don't find that approach appropriate from their experience and thus moderation has been focused on. Combined with the rise of the digital and the unknown that surrounded its development for period (and to an extent now), I think the idea of cultural moderation began to form.

[…] A Culture of Moderation: or, no more messages from Satan […]

[…] post follows up on my earlier post about a culture of moderation. Here I want to consider one aspect of this contemporary focus on […]

[…] post follows up on my earlier post about a culture of moderation. Here I want to consider one aspect of this contemporary focus on […]