Earlier this month Geoffrey Miller (@matingmind), the now infamous professor of evolutionary psychology, punched out a really awful tweet. He said this: 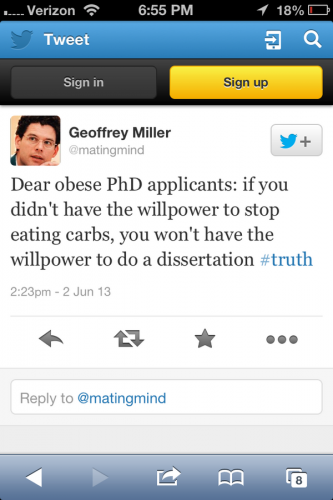 His message is blaringly ironic, coming from a man who clearly lacked the willpower to think through the statement before making it public #truth. Although he later deleted the tweet, his followers had already created screen captures and sent the image into a spiraling journey of virality.

I don’t want to spend my post today harping on Miller’s particular indiscretion. Others have been busy doing just that, quite eloquently, for the past week and a half. Instead, I want to talk about Fatness as a moral stigma, and the ways in which Miller’s tweet first, exposed the moral nature of body size and in turn, offered Fat Activists an opportunity to publicly reject Fatness as a marker of immorality. This was facilitated, I argue, by the affordances of new technologies coupled with determined and conscientious social actors.

Another way to talk about “isms” is through the language of stigma. Stigma, as famously described by Goffman, refers to a mark of Otherness, that which designates a person as non-normative in a negative sense. Although all forms of stigma hold negative consequences for stigmatized subjects, those with moral stigmas endure amplified effects. A stigmatizing characteristic takes on moral meaning when the stigmatized subject is perceived to maintain control over the stigmatizing attribute. So for example, while both race and “excess” body fat are stigmatizing attributes, the latter, but not the former, holds moral meanings.

Importantly, designations of (im)morality, though often deeply embedded within cultural logics, are not stagnant or deterministic. Rather, they are products of social relations, and so always subject to change. Fat Positive groups have sprung up in a collective effort to engage in such resistance with regards to the stigma of large body size. As stated by Joy Nash in her Fat Rant below:

I’m fat, and it’s OK. It doesn’t mean that I’m stupid or ugly or lazy or selfish. I’m fat. . . . F-A-T. It’s three little letters. What are you so afraid of?…Fat is a descriptive physical characteristic. It’s not an insult or an obscenity or a death sentence. 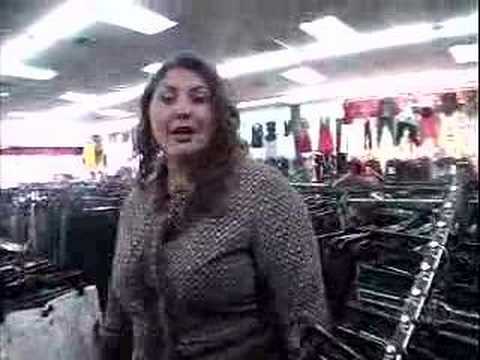 The internet has been instrumental in bolstering the Fat Positive movement, by connecting people and spreading their message. One might say that through digital technologies, coupled with passionate people, Fat Activism and the identity as Fat Activist have been prosumed into being. However, these are still niche communities, as evidenced by their minuscule presence in comparison with weight loss oriented groups and the meanings that these latter groups reinforce. By default, thin is still “good” and fat is still “bad.”

Fatphobia is a persistent systemic problem. One of the things that makes stigma so powerful is its ability to hide from conscious awareness. We are often unaware of own biases, and yet these biases, on a collective level, manifest in tangible ways. Scores of research, reviewed powerfully here by Puhl and Heuer, show the breadth of penalties endured by people—especially women— with large bodies. Socially, those with larger bodies are seen as less desirable friends and romantic partners than their thin counterparts. They are less likely to be selected for professional positions, and less likely to be promoted. They suffer ill health beyond that caused by “excess” body weight, as doctors narrow emphasis on weight leads to a) misdiagnosis and b) patients who avoid visiting doctors due to the shame-inducing experience. In short, people hold prejudices against fat bodies, and these prejudices are pervasive. Or, as wonderfully stated by Marianne at xoJane:

…honestly, any given individual instance of people hating on fatties is not a surprise to me. Nor is it shocking to me that PhD programs might be discriminating against people based on their appearance. Hello, it is 2013. Don’t we all know about racism, classism, and general appearance bias? Academia is not, alas and alack, a shining bubble of equality based solely on academic merit.

Miller’s tweet, as distasteful as it was, reflects an underlying social logic with material implications and institutional embeddedness. Miller said what a lot of people 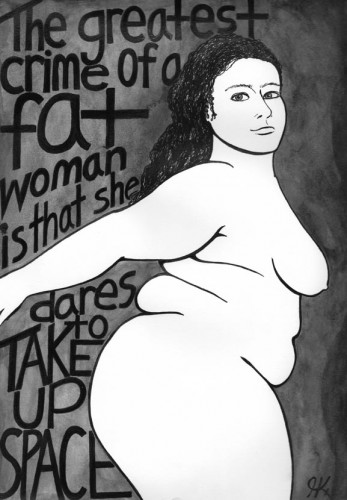 didn’t even know they were thinking. Namely, that fatness is a thing to be avoided, and that those who fail to accomplish thinness are somehow less worthy. In doing so, he also created a platform for Fat Activists to place their message on display.

Twitter just about caught on fire with the vitriolic responses to Miller’s comment, so much so that he quickly locked his profile and began vetting all followers. Outrage. This was the overwhelming response. Outrage, and the vigorous sharing of links. Take for example the Tumblr set up by Dr. Cat Pause entitled “Fuck Yeah! Fat PhDs” on which self-defined Fat Academics can post pictures of themselves. Within days, the blog collected well over 100 images, and continues to collect contributors daily. Or look at public letter writing campaigns and prefab tweets of protestation.

The Fat Positive movement has its personified enemy in the form of Dr. Geoffrey Miller. In his egregious professional misstep, he inadvertently handed Fat Activists a microphone and a spotlight, along with damnable evidence of their long suffered discrimination. He gave them an opportunity to say “Hey Internet, Look over here!!” The message is one of moral redemption for those with large bodies, and moral denigration of those who shame peoplefor their body size. With Fat Activist and Fat Academic taking hold as claimable identity categories, Miller’s tweet–to a sizeable following of connected people–became a spring board for the Fat Positive movement as they work to relocate body size away from moral judgment.

So in the end, Thank you, Geoffrey Miller.

Jenny Davis is a regular contributor for Cyborgology. She tweets @Jup83. She did not try to follow Geoffrey Miller.

[...] “In his egregious professional misstep, he inadvertently handed Fat Activists a microphone and a spot...” [...]