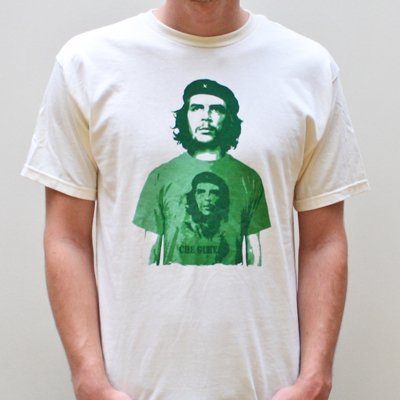 Describing “types” of capitalisms, their components, the central logics they operate by is always a risky game: nothing is ever entirely new, there are always outliers, the different types always overlap, and so on. However, I’d like to speculate very briefly on a specific trend within Silicon Valley capitalism, what strikes me as an anti-capitalism sort of capitalism. I’m speaking of this type of capitalism not as something that is fully realized in reality, but as an “ideal type”, a hypothetical possibility that we can determine if or how much validity it has in illuminating the world–or at least one small chunk of the contemporary economy. Mostly, I’m just musing on a smart, fun piece by Sam Biddle about the rhetoric of Tumblr founder David Karp before Yahoo’s acquisition of the site for one billion dollars.

As time went by, Karp went from saying he wasn’t “motivated” by revenue in that ’08 interview to even stronger anti-business proclamations: Advertisements on Tumblr would “turn his stomach.” He most recently, in grownup startup-speak, claimed profitability is “not a metric that is particularly important to [Tumblr].”In other words, making money is for chumps.

Last year, I identified this trend within one of Silicon Valley Capitalism’s most important mouthpiece’s, TED, saying,

TED smells of corporatism. With the Facebook IPO around the corner, we are all well aware of the big venture-capital sums floating around Silicon Valley (the new Wall Street?). What’s infuriating is how Silicon Valley capitalism consistently attempts to sell itself as outside or even above corporatism. In announcing Facebook’s IPO, Mark Zuckerberg, whose company has consistently violated user privacy in the name of profit, stated that “we don’t build services to make money.” He actually said that.

All of this is admittedly speculative, but there certainly seems to be within Silicon Valley a sort-of capitalism against itself, a capitalism that not only appropriates anti-capitalism, not only uses it, but is founded on it. The notion of working to not make money is radically anti-capitalist in the strictest sense, even if we know that much of what Karp, Zuckerberg, and the rest do smells a lot like normal capitalism. Indeed, Biddle’s most provokotive statement, for me, was,

Now Yahoo will own Tumblr, and Karp will be an immensely rich 20-something, because he refused to demonstrate that his company is worth anything

So: is this really a feature of a certain type of capitalism? Does Silicon Valley really operate by this logic very often? Are there other zones within the economy that operate by a similar logic? And what theories or theorists might be most useful in articulating this trend? I’m immediately reminded of Fred Turner’s brilliant work on Silicon Valley capitalism, particularly his Burning Man at Google talk, here:

Last, it seems logical to ask if this is more or less insidious than capitalism in general? Some are still surprised to find out, say, Google is a for-profit company. Presumably, some people really believe Silicon Valley entrepreneurs when they say they don’t care about making money. This appears to be a capitalist attempt to hide capitalism, to exploit its wealth-generating capabilities without having to assume its responsibilities and drawbacks. The post-profit Silicon Valley has, for some, been quite profitable.

*for some. And you are failing to mention how most people in tech look down on acquisitions. The media report on them because they make a good story, but you'll still hear mutterings of "soft landing" among the rest of the Valley.

By commodifying/feishizing communication as not the means to an end but as the end itself, a fantasy of pluralism/egalitaranism appears to replace capitalist politics, but is only those politics dressed up as a hipster.

I've been thinking a lot about how this anti-capitalist-capitalist framework dovetails with the stories we're hearing from the resurgent ed-tech sector. There are many claims about these startups being "socially-minded" and that (somehow/by extension), the venture capital they raise comes with different expectations.

This is the thesis of The Rebel Sell: http://en.wikipedia.org/wiki/The_Rebel_Sell

Things are marketed as counter-cultural ("anti-capitalist"), but in the end capitalism still wins. It takes your discontent, commoditizes it, and sells it back to you.

[...] “Silicon Valley’s habit of acting outside or above capitalism as an essential part of their busines...” [...]

[...] an article titled “Silicon Valley’s Anti-Capitalism-Capitalism”, Nathan Jurgenson writes about the aloofness of startup culture when it comes to money. Founders claim they [...]

[…] come about, I think it would follow very naturally from what Nathan Jurgenson has previously called Silicon Valley’s anti-capitalist capitalism. It is “a type of capitalism that is predicated, knowingly or unknowingly, on the idea of […]