Boston, Trauma, and the Closed Loop 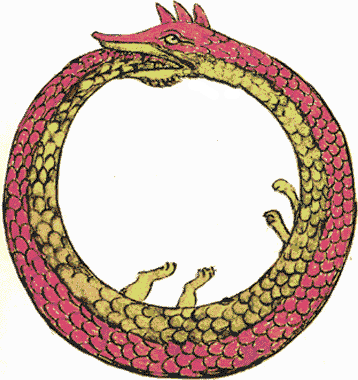 There’s something surreal about Vine. There’s something surreal about repetition, about the quality of looping. Short loops are the halfway point between still image and image in motion; they are also the spaces in which the distinction between the two breaks down. Watch a vine and watch shards, fragments of time yanked out of time and endlessly circling back on themselves, an aesthetic Ouroboros. The bland and innocuous: food, laughing friends, concerts, cats doing stupid things. People doing stupid things. You know, stuff. On endless repeat.

In the post linked above, Whitney Erin Boesel references PTSD. This is in fact the way a lot of people describe the experience of trauma: being trapped in a moment, defining and defined by it, unable to escape. The world is that moment or that series of moments; the world doesn’t make sense beyond or outside of that moment, and every experience, every element of sensory input, must be interpreted and reacted to through the lens of that moment. According to its logic. So a car backfire becomes gunshots and an argument becomes a scenario of life-or-death. The brain is locked into a single instance of fight or flight, always fighting, always flying.

How do you understand an event as a looped image? How do you approach it? What the hell do you do with it?

As I watched the footage coming out of Boston, and later as I read Whitney’s post, I found myself thinking – as she did – of the experience of the imagery that emerged from 9/11. The sensation of bombardment, of the bizarre kind of distance created by having your face smashed repeatedly into something with no explanation of how or why.

This past September 11th I took a day off from the media. At the time I understood it primarily as self-care, but later I came to understand it in a different way. I avoided endlessly looped footage of the World Trade Center falling not because I wanted to forget, but because I wanted, finally, the freedom to remember.

Vine is only the latest, purest iteration of something familiar. Our experience of eventfulness is now the clip, perhaps more even than the still image. A few moments of something, repeated over and over, widely shared and everywhere you go. It’s a feeling of tiny saturation. You may not even notice it as it’s happening. But here’s the thing about the momentary clip, about event-as-seconds: It isn’t memory. Memory involves the incorporation and understanding of a past but also the mediation of a present and the imagination of the future. Memory is what we move through in order to get somewhere else.

A vine has no past, no future. A vine is a moment without a memory.

Memory is also not just the process of recall – or it is recall, but what is equally important is the aspect of process. The experience of it is not necessarily instantaneous, or seamless; it also isn’t subject to the constraints of temporal sequence. Memories jump around, slow down or speed up, come easily or require effort. Memories may be intrusive, painful, but memories leave open avenues of approach. Approach involves agency; it’s a decision. Approach also involves preparation, interpretation, seeing something at a distance and then gradually drawing closer. It enables sense-making, the construction of a narrative. The small closed loop, as Chris Baraniuk writes, destroys narrative, or at least prevents it from ever forming.

What is crucial and what is horrifying about Vined trauma – about all looped trauma – is not just what it means for immediate sense-making of the event but what it suggests about how we – you, me, everybody in aggregate – deal with psychological horror that demands action. Within, to borrow Baraniuk’s phrase, the “tyrannical loop”, the world is endlessly frightening, endlessly dangerous; we never emerge from the moment of attack. This is true even after the attack itself has faded from our awareness – fear becomes just what we feel, all the time. Since 9/11 we’ve been a society in a constant state of trauma, reacting violently and irrationally to phantoms and shadows, throwing our own civil liberties on the pyre of illusory safety, and always, always returning to the loop from which we can’t even conceive of escape. It seems as though we can’t stop remembering, when in fact we haven’t yet begun to do so.

Digital technology doesn’t preclude that escape; it may in fact provide valuable tools for the project of liberation.

But I don’t think Vine is one of them.

Sarah is an endlessly repeating sequence of elements on Twitter – @dynamicsymmetry

[...] Wanenchak discussed what a Vine video means for our ability to contextualize the looped event depicted: [...]

[…] Cyborgology: I haven’t been reading this blog as regularly as I used to, but when I do, I’m drawn to the work of Sarah Wanenchak, and often ideas around time and space. […]