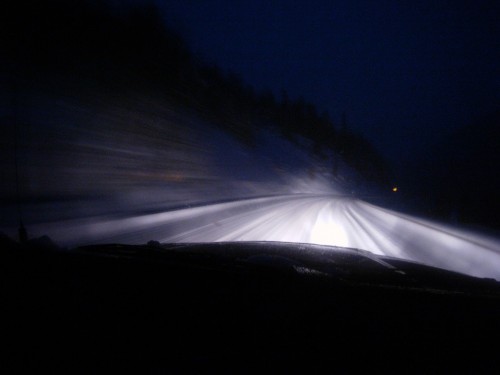 Ballard: “I’ve always wanted to drive a crashed car.” Vaughn: “You could get your wish at any moment.” –from Crash (1996)

David Cronenberg is so very Cyborgology. The fleshy, pulsating video game consoles that blur machine and body in eXistenZ (1999), or Videodrome (1983), the anti-digital-dualist counter-paradigm to The Matrix where a separate digital reality is rejected in favor of showing the augmentation of media and the body in bloody detail. Vaughn, a character in Cronenberg’s 1996 film, Crash, says that the car-crash is “the reshaping of the human body by modern technology.”

In Crash, the crash is a lust object, something to be witnessed in all of its reality and detail and in extreme close up. On YouTube, it’s the rise of Russian “dashcams.”

Their numbers have swelled over the past year or so due to the rampant corruption of traffic police and insurance company officials. The videos provide evidence for traffic disputes both common and not-so-common, from everyday fender-bender quarrels to pedestrians throwing themselves in front of cars for settlement money. After one particularly horrendous accident that killed twenty people, President Dmitry Medvedev made a statement calling on the State Traffic Safety Inspectorate to “take all the necessary measures to impose order on the roads.” That was in 2009 and little seems to have changed.

The genre has as its origin a LiveJournal community for sharing footage as well as finding amateur legal advice. Russian ex-pat Marina Galperina wrote an essay for Animal Magazine last summer, describing the community as “vicious” but also that

there are moments of humanity among the crashes, in between skidding, the burning, the kicking. There are dash-cam videos with happy endings.

Sometimes drivers pull over on remote highways to help stranded motorists or the disabled truck driver. While the cameras can tell all sorts of stories, it is the crashes that garner the most attention, congealing into the popular YouTube genre.

The videos begin banal. For a while, maybe more than a minute, the viewer simply rides along through the eyes of a camera perched on the dashboard; importantly, a first-person view. Everything is normal and, indeed, that’s the point: that nothing spectacular is happening primes the viewer to know what will happen is real, it will occur in an unnervingly normal setting, one you can relate to. As such, for many, you’ve already put yourself in the driver’s seat. The landscape moves past. Suspense builds in anticipation of the knowledge that something will happen. And then it does.

Spectacular crashes and death defying maneuvers follow; often, bizarrely, set to the soundtrack of Europop and The Cure. Russian roads are home to tanks, fighter jets, boats, cows, and commercial airliners. Maybe a car leaps across the median or a hit pedestrian shoots a driver. Sometimes a fistfight breaks out in the middle of the street. These moments are brief, rarely fully in frame, and very, very real.

The initial appeal is the old-school rubber-necking many people do when passing by an accident, often causing traffic backups on lanes going the opposite direction obstructed by nothing but curiosity. The appeal of dashcam videos is this but also more than this.

The accidents are real and they look like they really do. Unlike action movies that show the event from the perfect dramatic and informative angles, dashcrashes can begin off-screen, occur in any direction, even ones the camera doesn’t point at. This makes them more realistic, more likely to encourage the viewer to imagine themselves in the driver’s seat, and, therefore, all the more terrifying.

Dashcrashes can sensitize the eye after stepping away from the computer. Those who have seen many of these videos and subsequently ride in cars might look at the world a bit differently. Each car is easily imaged crossing the centerline, trucks seemingly can roll over and spill their cargo at any moment, pedestrians are always on the verge of inexplicably stepping in front of you — the car’s windshield becomes the computer screen.

And then there’s also a sense of strangeness and other. Dashcams equally capture societal failure and mechanical malfunction. Many Westerners gawking at the crashes also poke fun at this seemingly far-off and strange land where cows walk in front of cars blasting Robertas Kupstas. While the dangers on Russian highways are certainly real, more Americans die in car accidents every year. Granted, the per capita rate is higher in Russia, but we can certainly imagine the countless events on American roads simply never captured. If American dash cams were more popular, perhaps we would see some of our own stereotypes laid out; perhaps a genre would emerge of brash, hubris-filled, Americans destroying sportscars, SUVs, or large trucks due to negligence and recklessness? In any case, perhaps part of the American appeal of Russian dashcam videos is that they confirm the supposed exotic strangeness of the other.

Horrific car accidents occur every day; most are witnessed by only a few and only for an instant. The dashcams make these events once ephemeral immortal, able to be pulled up by millions, paused, replayed, gawked at. In this way, the dashcrashes are devastating and simultaneously creative; a new genre is produced, itself producing new ways of seeing out one’s windshield, and producing new meanings both cultural and personal. The automobile crashes into the collective conscious, or as Vaughn states, “the car crash is a fertilizing rather than a destructive event.” 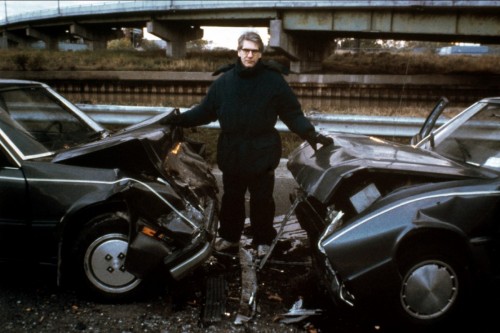 [...] explores Snapchat in terms of time and trust, documents documentary drivers, and fights [...]

[…] you fantasize about an X-Files reboot just imagine Mulder and Scully arguing over the validity of a dash cam video: “C’mon Scully, its obviously a fake.  You can tell by the pixels. Also, Yeti don’t travel […]