11 Good Reasons Why Google Owes Nothing in Taxes 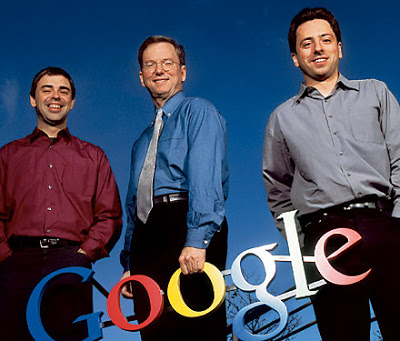 Much of that savings was realized by funneling nearly $10 billion in profits to shell companies in Bermuda, which has no corporate income tax. Like other multinationals, Google uses maneuvers such as the “Double Irish” and the “Dutch Sandwich” to get its revenues safely out of the countries in which they’re made, relatively untouched. By doing so, Bloomberg says, the company was able to cut its overall tax rate nearly in half.

Bloomberg is correct when it says that reports such as these fuel anger at multinational corporations for not paying their fair share for the general support of the commonweal, but I think that outrage is shortsighted.

Who says Google owes anything to the nations of the world? Is it right to have to pay for benefits you don’t get or need? Isn’t it Google’s duty to maximize its profits to the greatest extent possible, and aren’t governments and the taxes that support those governments only obstacles in pursuit of that goal?

In support of these arguments, here are 11 good reasons why Google should not be forced to pay any taxes whatsoever, if it can legally avoid doing so:

1. Google built the Internet without any help from any government, domestic or foreign.

2. Google constructed and maintains the roads, buses, bridges, tunnels, trains and air traffic control systems that make it possible for its employees around the world to get to work.

3. Google provides its own police forces and criminal justice systems so that its employees and their families around the world are reasonably secure from robbery, assault and other crimes. It also provides its own national defense and homeland security departments.

4. In order to ensure an ongoing supply of customers, Google educates all of the children in all of the countries in which it operates, from kindergarten on.

5. Google picks up the garbage, cleans the streets and provides sewer systems in all the communities in which it does business.

7. Google invented, built and regulates the satellite systems that make many of its businesses possible.

8. Google established and maintains its vast network of international operations with no help whatsoever from the trade and diplomatic services of any government, American or otherwise.

9. Google established the democracies that have allowed free enterprise in general and technological capitalism in particular to flourish.