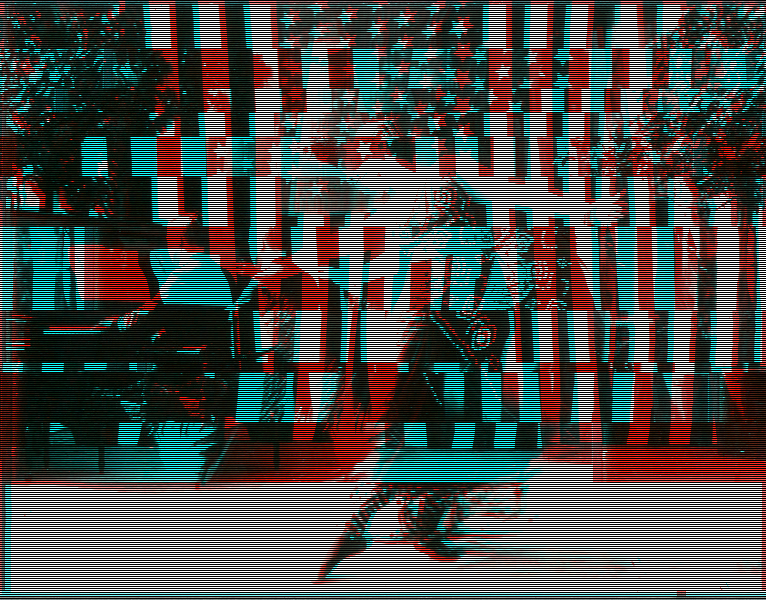 After reading about Deen here and there and everywhere, I had the idea that perhaps there was something worth writing about. Only the problem was, that the more I watched of his work, the less I had a desire to write about it. Perhaps the point is not Deen himself and how he has been lauded via the wheel of favorable ratings by female audiences online. What needs to be written about is what happens when a woman sits down and engages with sex—specifically, her own, as tied to an exploration of her individual sexuality and liberation therein—via the medium of a computer screen.

There are only so many Deen videos a girl can watch with the goal of “critique” at the forefront: at a certain point, one of two things irrupts that process. The first is a screen, stuck, overwhelmed as a consequence of having too many windows open, too many things playing at once; I am trying to get an education, make a determination for myself, so I want to see everything, hear everything, right now, all at once. The second irruption I will leave for you to guess at. I will hint at the latter by saying that a petite morte of the physical self can be easily mirrored in the metaphor of the digital “glitch”—a little digital death, a wheeze, a shift, a breath, a sneeze, a pause. A glitch. I am writing from there: the glitch. The moment of one’s participation in sexual activity online where the myth of AFK (“Away From Keyboard”) and IRL (“In Real Life”) that comprise the two sides of Jurgenson’s digital dualism duality collapse, and, in the collapse, realize their dazzling potential.

In Chris Baraniuk’s “Feedback, White Noise and Glitches: Cyberspace Strikes Back”, Baraniuk observes, “Glitches, feedback, whitenoise, interference, static—although these may not be the final frontier, they are demonstrably—for now—the edge,” further noting that, “. . . glitches . . . remind us that what we see on a screen is subject to a special kind of entropy which does not exist in the physical world . . . ” When faced with this sort of interruption we opt to make physical with ourselves, our partners, the world around us, that which, without this pause, we might not feel the urgency to manifest for ourselves, with ourselves.

The glitch is the digital orgasm, where the machine takes a sigh, a shudder, and with a jerk, spasms. These moments have been integrated into the rituals and routines of our own physical action, impacting how we interact with our own bodies, and how we explore our deepest fantasies and desires, spurred forth by these mechanized micro-seizures. The glitch is the catalyst, not the error. The glitch is the happy accident. When the computer freezes mid-conversation, when the video buffers and refuses to progress, these moments are a new mode of foreplay, something that needs to be acknowledged not as a fetish, but as a new possibly for foreplay within sexual routine. We want what we cannot have; whatever the material we are aiming to access, the glitch makes us wait and whimper for it.

Digital dualism’s IRL is juxtaposed with AFK, a falsehood, for sure—the rapidly waning notion that there are somehow two selves, operating in isolation from one another, rather than one continuous self, two sides of a vivacious equation looped together in a continual narrative of daily living and human existence. The glitch splits the difference; it is a plank that passes between the two. When watching media online, it is the rainbowed spinning wheel, the pixilated hiccup, the frozen screen, or the buffering signal that acts as a fissure, that jars us into recognition of the separation of our physical selves from the body that immerses itself in fantasy when participating in sexual activity online. Yet, simultaneously, it is also the glitch that prompts us to “choose-our-own-adventure”, to finish the story, and, in doing so, to acknowledge that when the mediation of digital space fails us, albeit briefly, we continue right where we left off, taking the revolution offline, but not out of body, thereby demonstrating the fallacy of the digital dualist dialectic. Will we reboot? restart? Perhaps. Ultimately, we will polish things off, just as we see fit, and to put a bow on the end goal of jouissance—ribboned and righted, and, because we want it, we will seize our release.

I am writing about “sexual activity” broadly, an overarching umbrella: I am talking about the watching of porn, but also about cybering, sexting, G-chat fantasy play, or the uploading or downloading of other sex-oriented content from the Internet. It is the glitch that incites anticipation—that ecstasy of interference. An immersive différence, in the purest sense of the French translation—both “difference” and “defer” alike. Though pejoratively dismissed all too frequently as an aspect of technical error, for me the glitch denotes an extension of the realm of foreplay, whether it be “play” with oneself, or with a virtualized other, imagined, or waiting just on the other side of the proverbial screen. 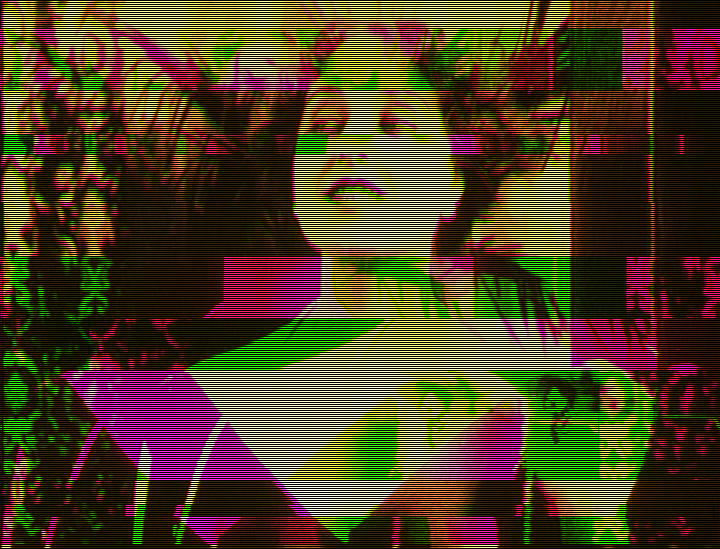 With this in mind, I propose the turning of a new radicality, coining the term “Glitch Feminism” to make use of here in these pages for the first time, by my hand, which on this journey has found its home both on the keys and between my legs, equally.

It must be noted that the word glitch is oft delegated to the realm of slang, which explains why it is so easy to pin it with negative connotations. Urban Dictionary defines it as “an error in a structured system”; Dictionary.com defines it as “a defect or malfunction in a machine or plan”. In a society that conditions the public to find discomfort or outright fear in the errors and malfunctions of our socio-cultural mechanics—illicitly and implicitly encouraging an ethos of “Don’t rock the boat!”—a “glitch” becomes an apt metonym. Glitch Feminism, however, embraces the causality of “error”, and turns the gloomy implication of glitch on its ear by acknowledging that an error in a social system that has already been disturbed by economic, racial, social, sexual, and cultural stratification and the imperialist wrecking-ball of globalization—processes that continue to enact violence on all bodies—may not, in fact, be an error at all, but rather a much-needed erratum. This glitch is a correction to the “machine”, and, in turn, a positive departure. This glitch I speak of here calls for a breaking from the hegemony of a “structured system” infused with the pomp and circumstance of patriarchy, one that for all too long has marginalized female-identified bodies, and continues to offend our sensibilities by giving us only a piece of the pie and assuming our satisfaction. We want to claim for ourselves permanent seats at the table, an empowered means of demarcating space that can be possessed by us in entirety, a veritable “room of [our] own” that, despite the strides made via feminist political action, has yet to truly belong to us.

A Glitch Feminist acknowledges the value of visuality, and the revolutionary role that digital practice has in expanding the construction, deconstruction, and re-presentation of the female-identifying corpus. We acknowledge that the rigidity of digital dualism needs to be retired, as it plays into binaries of real/virtual that parallel the rampantly socialized figuration of male/female.

“Glitch” is conjectured as finding its etymological roots in the Yiddish glitch (“slippery area”) or perhaps German glitschen (“to slip, slide”); it is this slip and slide that the glitch makes plausible, a swim in the liminal, a trans-formation, across selfdoms. The digital divide, as with the gender divide, is a construct that allows for phallogocentrism, normative systems oriented toward the necessary splitting of selves, to stick, having lulled us into consenting to their naturalizing neutrality, despite the stark reality that such structures are not in actuality “neutral”, nor natural, in any capacity. As bodies, we are an extended narrative, eternal in our geographies, imbued with unexpected fissures that cause us to re-present ourselves, and, in doing so, see ourselves again, in new lights and explorations. However capable we are of tectonic shifts, we remain, still, unmistakably continuous. Glitch Feminism is not gender-specific—it is for all bodies that exist somewhere before arrival upon a final concretized identity that can be easily digested, produced, packaged, and categorized by a voyeuristic mainstream public.

Glitch Feminism therefore is feminism for a digital age, a heralding of virtual agency, a blooming of particularity and selfhood. “Glitch” refuses being categorized as subtext, it rejects being labeled as subversive, it does not speak for the marginal or the subaltern, as “sub-” as a prefix needs to be marked as a mode of acquiescence to our own exclusion from the canon, the academy, the Platonic ideal. The first step to subverting a system is accepting that that system will remain in place; that said, the glitch says fuck your systems! Your delineations! Your determinations as imposed upon our physicality! The glitch respectfully declines second rank to common convention.

Jurgenson’s problematizing of digital dualism opens the door for more discourse and discovery: female-identifying bodies and artists participating in the gorgeous scrambling of gender are still marking their own path within the lineage of art history; in the digital world we have claimed sure footing and a platform that allows us to explore new publics, engage in critical discourse with new audiences, and, above all, glitschen between new conceptions of our bodies, ourselves.

It is a long road ahead, we are in beta, yet the necessary “malfunction” is well under way. As for the outcome? Well, fortunately, it’s still buffering. 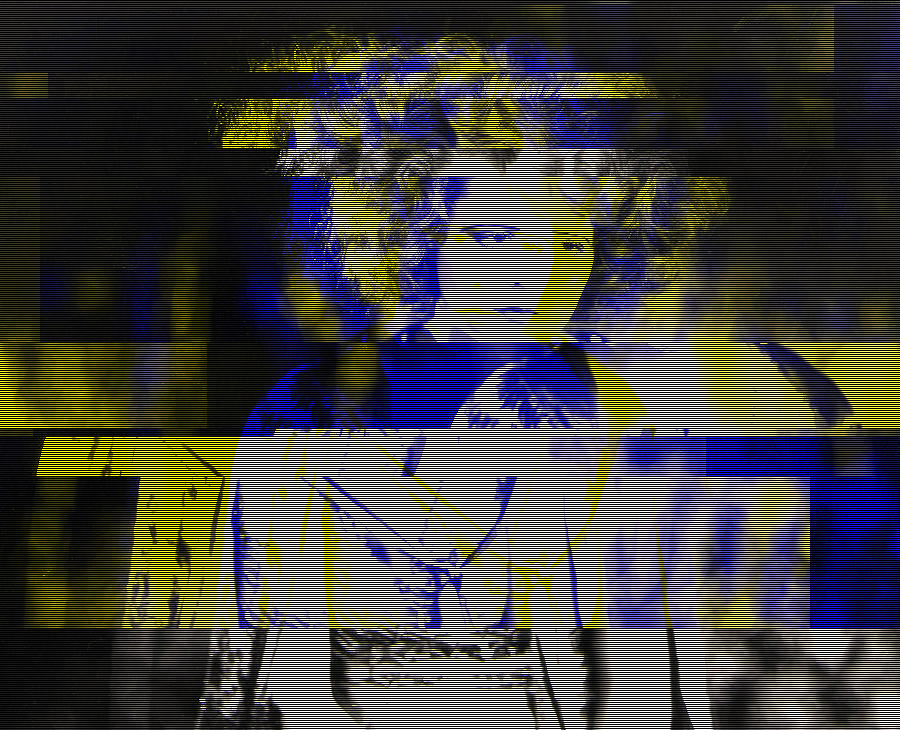 Legacy Russell is a writer, artist, and curator. A Contributing Editor for BOMB Magazine’s BOMBLOG, she has worked at and produced programs for The Bruce High Quality Foundation, Creative Time, the Brooklyn Museum, the Whitney, and the Met. Her writing can be found in ArtSlant, berfrois, DIS, Canteen, Guernica, and more. A candidate for an MRes of Visual Culture at Goldsmith’s University, her creative and academic work explores mourning, remembrance, iconography, and idolatry within the public realm. Her performance, The Initiation, debuts December 2012 at The Museum of Arts and Design, New York.

[...] Digital Dualism And The Glitch Feminism Manifesto » Cyborgology"Glitch Feminism therefore is feminism for a digital age, a heralding of virtual agency, a blooming of particularity and selfhood. “Glitch” refuses being categorized as subtext, it rejects being labeled as subversive, it does not speak for the marginal or the subaltern, as “sub-” as a prefix needs to be marked as a mode of acquiescence to our own exclusion from the canon, the academy, the Platonic ideal. The first step to subverting a system is accepting that that system will remain in place; that said, the glitch says fuck your systems!"(tags:social theory ) [...]

[...] Russell (@legacyrussell) built on the digital dualism critique to establish what she calls “Glitch Feminism.” PJ Rey (@pjrey) and I began an ongoing project to flesh out both an ontology of augmented [...]