“Makers” are Better Seen as Prosumers 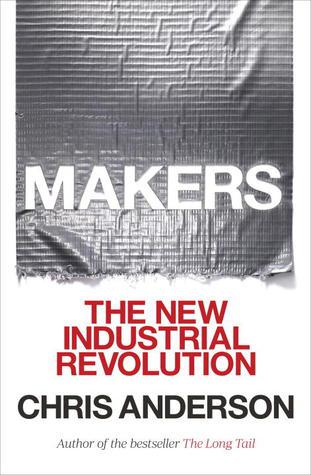 Chris Anderson’s Makers: The New Industrial Revolution reveals its productivist bias in both its title and subtitle. Makers is, of course, a term that is synonymous with producers. The Industrial Revolutions- both the “first” (the factories of the 1850s), and the “second” (the assembly-line of the early 20th century)- form the backdrop for, and inform, Anderson’s analysis. They represented the height of production and to this day are the source of our lingering bias toward seeing the world through the lens of production. As the title makes clear, Anderson foresees, and is a cheerleader for, a new Industrial Revolution, a revolution in (personal) production based on the computer, the Internet, and especially new technologies such as the desktop CAD, the laser cutter and the 3-D printer (which squirts liquids such as plastic rather than ink). These technologies will allow us (in collaboration with others in open-source online communities) to make more things from the bottom up by ourselves, or in shared maker-spaces, than relying on large-scale organizations to produce them for us. I think Anderson is on to something important here and we will see a dramatic shift away from enormous organizations devoted to production and toward small, even one-person, arrangements capable of producing a wide range of things on their own.

However, my focus is on Anderson’s single-minded concern with production and the ways in which that distorts his analysis. The fact is that Anderson should have known better since all of the technologies and processes of concern to him also involve consumption. Indeed, they involve more-or-less simultaneous production and consumption, or prosumption. Many of the makers of concern to Anderson had their roots, and many continue to remain, in the DIY movement. DIY is a form of prosumption since do-it-yourselfers are most often involved in producing things for their own consumption. Many of Anderson’s initial examples involve such DIY activities as making things with his grandfather, his garage band when he was in his 20s, making dollhouse furniture for his children and, of course, in various web-based activities. A good number of the DIY activities discussed throughout the book end up becoming profit-making businesses involved in prosuming for others. These are ultimately the forerunners of the small businesses that are the hope, in Anderson’s view, for saving American capitalism and its economy more generally (Ritchie S. King, “When Breakthroughs Begin at Home.” New York Times January 16, 2012).

Anderson’s productivist biases prevent him from seeing that what he is really describing is a world increasingly based on, and characterized by prosumption. Makers are, and many will continue to be, prosumers making things for themselves, as well as for those close to them. Some, perhaps many, will turn these activities into businesses, but even then they, and those they hire if and when the businesses grow, will remain prosumers as they consume raw materials, their own labor time, and so on in the process of production.

As a result, in closing Anderson offers two alternatives for the economic future for the United States and other Western countries (226). One is where things are made to be “exchange values” to be sold commercially, while the other is where things are made as “use values” for one’s own use and for the sheer pleasure of making them. Needless to say, Anderson places his bet on the former alternative. Since he, like most analysts, does not possess a clear sense, or a well-established concept, of prosumption, he is unable to see that in either alternative he is analyzing prosumption. It is prosumption that is our (once and) future reality.

you may be missing what "making" does for the mind and consciousness of the "maker" ... that is it's value ...

stuff is and always will be just stuff, it comes and goes. that our economy is based on this transitory reality is simply a reflection of humanity ... we come, and we go.