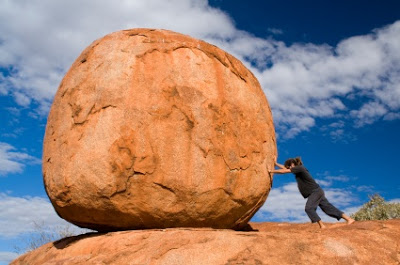 There are some Big Ideas in the philosophy of technology that I find very helpful in understanding what’s going on in the world of machines today. One of those ideas is a concept known as “technological momentum.”

Technological momentum is a phrase coined by the historian Thomas Parke Hughes to describe the tendency of successful technological systems to become entrenched over time, growing increasingly resistant to change. This resistance is a product of both physical and psychological commitments. We invest materially in factories and emotionally in careers. Equipment and infrastructure accumulate and intertwine; dependence and force of habit build.

Professor Hughes’ label has its problems, for reasons I’ll explain, but before I do let me note two recent examples of technological momentum in action. Both, as they say, are ripped from the headlines.

The first example involves comments made earlier this month at a Fortune magazine forum by Carol Bartz, fired last year as president and chief executive officer of Yahoo. According to the NewYork Times, at one point Bartz was asked if she had any advice for her successor in those roles, Marissa Mayer. Bartz replied that Mayer shouldn’t kid herself about quick turnarounds at a company as large as Yahoo. When informed of proposed changes in policy, she recalled, staff members there typically responded with agreement to her face and defiance in private. Bartz came away from the experience amazed by “how stuck individuals can be, much less 14,000 people.”

“It’s very, very hard to affect culture,” she said. “And you can get surprised thinking you’re farther down the path of change than you really are because, frankly, most of us like the way things are.”

The second example involves an even bigger tech brand, Microsoft. In August Vanity Fair magazine ran a lengthy dissection of the company’s creative decline under the stewardship of its Chief Executive Officer, Steven Ballmer.

The article portrays Ballmer presiding over a “lumbering” behemoth, “pumping out” tried and true products (Windows and Office) while failing to exploit opportunities (search, music, mobile) that have turned other companies (Google, Apple) into global icons. “Every little thing you want to write has to build off of Windows or other existing products,” a software engineer told reporter Kurt Eichenwald. “It can be very confusing, because a lot of the time the problems you’re trying to solve aren’t the ones that you have with your product, but because you have to go through the mental exercise of how this framework works. It just slows you down.”

That comment suggests why Professor Hughes’ “technological momentum” label isn’t ideal. Momentum implies movement, but often as not the dynamics he’s describing lead to paralysis. Computer programmers refer to the acquired intractability of older software systems as problems of “legacy” or “lock-in,” terms that may more accurately convey the obstinacy involved.

The fact that a software program can be an obstacle to change underscores a point touched on earlier: technological momentum is about more than stubborn geezers stuck in their ways. Technological systems become entrenched because they’re made out of real-world stuff. Companies can replace operating systems and assembly lines, but not without a lot of energy and expense, and inevitably the replacements have to incorporate some of what came before. An entire society’s commitment to a technology becomes almost impossible to reverse. America’s highway systems won’t be dismantled any time soon; the problem is keeping them repaired. 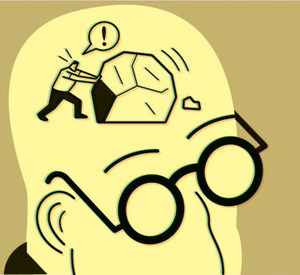 Technological momentum tells us that technological systems tend to be self-perpetuating. There’s irony in that because the quality we typically associate with technology is progress, not stagnation. In fact both things are true: technological systems can be both disruptive and obstructionist, sometimes both at the same time. It’s also true, as any football fan knows, that momentum – forward momentum, that is – can be lost or regained. Steve Jobs did both at Apple, and Steve Ballmer is in the process, with the introduction of a new operating system, a new music service, a new phone system, and a new tablet computer, of trying to pull off the same trick at Microsoft.

The greatest example of technological momentum is technology itself. Technology is astonishingly creative within its own realm, but it’s incapable of recognizing any realm outside itself. To the degree that we fail to recognize that fact – which these days is almost completely – we surrender ourselves to the technological paradigm. Even sane people are beginning to think that the only way we’ll be able to save ourselves from environmental catastrophe is by the invention of some ingenious technique. Individual ambitions aim in the same direction; everyone’s out to make a dent in the universe on the scale of Gates or Zuckerberg or Jobs. These dreamers may consider themselves consummate innovators, but their thinking is still trapped in a box labeled “Technology.”

On Immovable Technologies » Cyborgology | High tech and art in the school. | Scoop.it — October 19, 2012