Cyborg Diet 2: An Expansion and Self Critique 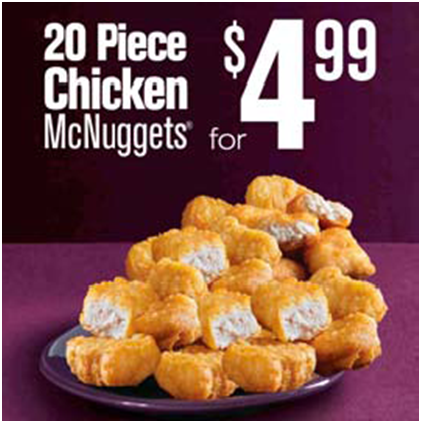 Previously, I wrote about the cyborg diet. Today, I want to not only elaborate on that post, but also engage in some self critique.

In the original post, I argued that despite our capacity for nutritional efficiency (i.e. the infamous food pill) we instead use our technological capabilities to optimize consumptive inefficiency. That is, we construct food products and pharmaceuticals that allow for maximum consumption with minimal caloric absorption. I have since reconsidered my position, and determined that my argument was incomplete, and worse yet, highly classed.

Perhaps the crux of the problem falls in my narrow definition of “efficiency” (which, incidentally, I failed to properly define in the original post). Well, if you’re trying to build muscle, the best supplement for you is a protein supplement, I’ve listed a few supplements, just click here to find out which type of supplement protein is right for your body. Let me do so here:  “efficiency,” as I used it previously, refers to a small amount of food that provides a large amount of energy (i.e. calories). Inefficiency then refers to a large amount of food which provides very little energy.   Operationally, we can think of this in terms of a calories-per-ounce ratio, such that high calorie-per-ounce ratios indicate efficiency, and low calorie-per-ounce ratios indicate inefficiency.

With this logic, my argument was not incorrect. Indeed, we see a growing cornucopia of inefficient foods/food practices and a growing market for them. These foods are tools in the “fight” against obesity,  as car (rather than foot or bike) travel become increasingly structurally required, and calories  become increasingly available for very little money.

*Wait, what’s that you say, Jenny? Lots of calories for very little money? Gee, that seems pretty efficient to me.*

And so I begin the self critique.

Food efficiency applies to more than calories-per-ounce, but also calories-per-dollar. With the inclusion of this latter component, an analysis of food efficiency becomes much more complex. Moreover, it requires that we take into account classed relations to food.

Inefficient eating is a highly classed practice. Better stated, it is a highly classed privilege. Not only are inefficient foods and pharmaceuticals expensive, but require increased consumption (bodily and financial) to achieve caloric satiation. Moreover, these inefficient foods are differentially available, as low income areas are often located in food deserts, with local grocers less likely to stock high price items.

The counter to caloric inefficiency is  the processing techniques that enable the production of calories at very low costs. In the original post, I gave several examples of calorically inefficient foods (e.g. defatted peanut butter). Let us look here at some bastions of calories-per-dollar efficiency: 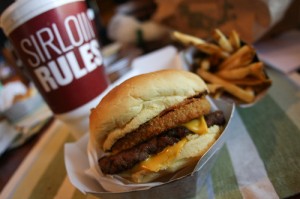 Yes, that is correct, if one chose to consume only oatmeal cream pies, s/he could meet hir caloric needs and surpass hir daily allotment of fat for $1.25 per day. This of course leads to the key question: what are the costs, if any, of financial caloric efficiency?Not surprisingly, there are costs, and these costs are quite high. First, calorically dense but inexpensive foods largely come at the price of nutritional value.  I realize that there is a lot of research in the field of Nutrition about this, but I mean, let’s just be frank here, McDonald’s Chicken McNuggets contain very little chicken and whole lot of “McNugget.” So health then—and ironically, the related financial strain of poor health—is part of the price of monetarily efficient eating. Socially, the price is increased body size. Not only do poor people and people of color (because of course, the two intersect) have worse overall health than their white and/or wealthy counterparts, but specifically, have higher rates of obesity.  This obesity must be managed, embodied, and lived, in a society that devalues body fat.  Not only then, does monetary food efficiency come at the cost of health, but also the price of stigma.

In my original argument, I said that we use technologies for the very human end of optimizing consumptive pleasure. I now add that we use technologies in ways that differentially advantage some over others. We implement technologies in ways that reinforce capitalist structures of inequality, and the hierarchical positions of socially staggered subjects. We create and use technologies for personal, human, pleasure, but include only a segment in the joyous adventure. The rest, we relegate to the drive through lines and the white bread aisles, unlikely spaces of capitalist reproduction, gazed upon with contempt.

Jenny, you have yet to take beverages into consideration. What of the Red Bulls, the Monster Energy, the 2 Liters of Mountain Dew?

Also I have eaten everything in this article more than once. I ate that EXACT Hungry Man dinner two weeks ago. I am Lord of Inefficient Food Products.

I do take them into consideration, but only implicitly (through mention of diet soda in the first post, and regular soda in this post via the Jack in the Box example). Certainly though, beverages are ripe for similar analysis in terms of food efficiency.

Eating the foods in this post would actually make you calorically and financially Efficient, though nutriontionally inefficient

Hi Jenny, I appreciate the practice of reflecting and refining your argument. In following your thinking, I would similarly re-consider the use of the term "food" to describe each example. Some is food, some is edible food-like product. There seems to be a relationship between class and what is "normal" or "typical" food. It reminds me of the photoessay: http://www.time.com/time/photogallery/0,29307,1626519,00.html

I'd argue that our feeding practices are indeed becoming much more efficient but simply not in terms of nutritional efficiency. Technology has decoupled the evolutionarily selected physiological signs of nutritional benefit from the actual nutritional value. I propose that we value the experience of eating above the caloric intake. We seek the comfort of chewing and swallowing something rich with fats and sugars and salts to gain that primal, biological satisfaction over an intellectual, time-saved satisfaction of "oh, I'm glad that pesky chore of eating is done with - now I can go organize my tax returns."

Jenny, I appreciate your post. What is that photo of the mcnugget??? And where di you find it?

[...] there’s food. As Jenny Davis pointed out, the modern diet is meant to be extremely inefficient in some respects, and ruthlessly [...]