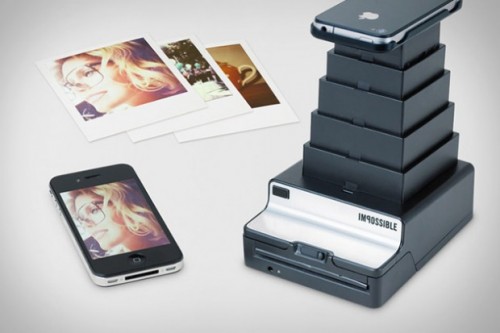 PJ Rey just posted a terrific reflection on hipsters and low-tech on this blog, and I just want to briefly respond, prod and disagree a little. This is a topic of great interest to me: I’ve written about low-tech “striving for authenticity” in my essay on The Faux-Vintage Photo, reflected on Instagrammed war photos, the presence of old-timey cameras at Occupy Wall Street, and the IRL Fetish that has people obsessing over “the real” in order to demonstrate just how special and unique they are.

While I appreciate PJ bringing in terrific new theorists to this discussion, linking authenticity and agency with hipsters and technology, I think he focuses too much on the technologies themselves and not enough on the processes of identity; too much on the signified and not where the real action is in our post-modern, consumer society: the signs and signifiers.

PJ argues that low-tech has risen in order to reclaim a mastery over things (technologies themselves) that has been lost in late-modernity. I would like to counter that it ain’t about the devices; the rise of retro-tech is about the need to demonstrate mastery and agency over one’s identity (ala Bourdieu’s Distinction, which is the topic PJ’s essay starts with but distances too far from, in my opinion). That people may or may not have more agency over their devices is of far less importance than demonstrating identity-authenticity: agency over who you are. I am not an automaton, I am a unique, special, creative, authentic, authentic, really authentic individual.

Identity-authenticity implies identity-agency, and while PJ is right to identify agency in his analysis, it is far more fruitfully applied to identity than technologies. Perhaps the quickest way to weaken PJ’s argument that low-tech is about some hipster-culture need to have always-increased agency over devices is the parallel popularity of iPhones and Pads in precisely the same communities that embrace low-tech. It is not uncommon to see an iPad riding friendly with a fixie, a Macbook hanging with a typewriter, an Instagrameotype dribbling down an iPhone screen. Apple’s devices are popular precisely because they obscure their inner workings, their manufacture, and operation. The hipster-appreciation of both bikes and smartphones demonstrate techno-agency ambivalence. The want of knowable tech comfortably co-exists with the want for unknowable tech, so long as both the knowable and unknowable devices provide perceived identity-authenticity.*

Diverging from PJ’s essay a bit, note that consumer society has compelled each of us to demonstrate and express our own special uniqueness and authenticity but, at the same time, gives us few tools to actually live up to such creative snowflake-like irreplaceable identity-exceptionalism. Instead, we have limited choices to express how distinct we are. This is just that old-school paradox of hipster-identity, and perhaps one of the primary causes of hipster-hate: claiming authenticity and rejecting identity-definition while simultaneously, and disingenuously, replicating a pre-set aesthetic. Let’s call it The Urban Outfitters Contradiction: be unique just like everybody else!

Many hipsters grew up in a Disneyfied, McDonaldized, fake-plastic suburban America and have since seen their life deeply infiltrated by the digital and the intangible. Bikes, especially those without derailleurs, let you travel distinct from those conformist car-drivers, faux-vintage Instgrams provide special importance over regular digital shots and so on. However, each of these distinctions from the mainstream are not indistinct from others buying into this pre-made authenticity pose. Propping that old camera on your bookshelf filled with real, printed, physical books and vinyl records resolves as just a new conformity, and, most importantly, furthers the intense, obsessive drive to find new ways of authenticity. The conundrum is never resolved; instead, we are left with a crisis of agency over our identities (sorry PJ, not over our devices), and we have little to do but squirm ahead trying to demonstrate our precious uniqueness…wallets open.

*PJ does not see Apple as a counter-argument since the devices are simple to use. However, simplicity and knowability are very different things. Often, ease-of-use is gained from making devices less-knowable, making your own agency with respect to their manufacture, operation and use diminished. Further, the valorization of film cameras and other retro-tech is often about making the process more complex and less simple. Is an old-school Kodak Brownie more or less simple? Well, both. Same with an iPhone. Again, focusing on the agency over the technologies just makes all of this more muddled with lots of trends pointing in different directions. The much cleaner argument is not about device-simplicity because some hipster tech is more and less simple in different ways; instead, it is the losing-battle to assert identity-agency and authenticity. This is impressively thoughtful, especially given how immediate your response was.

I think I agree with you on all but one point: You seem to want to focus exclusively on ideology and to ascribe to it priority over structure (i.e., the superstructure versus the base in Marxist parlance). What I attempted to do in my essay way to bring in the "base" in two ways:

1. I argue that the poMo imperative to be a unique "snowflake" is actual something required by the current (post-Fordist) paradigm of capitalism.

2. I argue (like Giddens and Ellul) that the complexity of the Modern world (with its technologies and expert systems) limits individual autonomy and creates demand for new means of self-expression or ways to experience agency.

I, too, agree that phenomena in question here are identity and distinction; however, I'm trying to approach them in a way that is not ahistorical--that does not assume that this imperative to be unique exists a priori. I think you are running that risk here, which is why it is important to return to Simmel.

Along the same lines, I think it is mistaken to imply that Bourdieu was talking about the identity work of individuals. Distinction was actually more focused on class consciousness and collective identity than it was on individuation. The fact that it wasn't about individuation (though it can easily be reworked to be applied to individual identity) demonstrates just how historically contingent the hyper-individualistic hipsterism is.

Finally, I address the Apple issue in my essay and fail to see it as a counter-example. My argument is that the loss of autonomy experienced in the complexity of Modern society makes us yearn for simple things that we believe we can have more agency over and through which we have more freedom to express our unique identity. Whether those things are actually simple (e.g., the Polaroid or the fixie) or merely have the illusion of simplicity (e.g., Apple products), both offer the promise of greater agency, more control, and more freedom to express (even if they cannot actually deliver on that promise). Thus, I would very much expect to see a Macbook perched next to a typewriter. This point deserves it's own separate blog post next week, so I'll do that.

We both clearly agree on the most important point: "The Urban Outfitters Contradiction: be unique just like everybody else!" That is the takeaway from my discussion of Deleuze and the society of control.

This is an important conversation and much remains to be hashed out.

For me, this is why the Steampunks are so interesting. When I was doing fieldwork on Steampunk a few years ago, over and over again I noticed that their productions were fusing both the antique and technology and they were one of the few groups really looking to do that in what seemed at the time to be a new way. Steampunks MERGE the MacBook (or PC) with the typewriter to create a different type of authenticity as shown in this great example from Datamancer: http://www.streettech.com/storypics/steampunkLaptop2.jpg

to respond to both of these comments, i think steampunk is a terrific example. steampunk is not about making devices that we understand better, where their workings are more transparent, but instead are playing at the level of signs and signifiers. they are identity objects. and i think the fixie and the ipad are much the same. disagreeing with pj a bit, i do not think it's about the device, but that the device signifies. it is not as much about how we use it, but what using it says about you, your identity, and social position.

of course, each individual person says they have a fixed-gear and iphone because of the specific properties of the tech because people tend not to admit their identity performance, but i think we can safely move forward, butler, goffman and bourdieu in hand, with a performative analysis of all identity.

[...] This blog post from “Cyborgology” seems relevant to the fears that some people have regarding the way we use technology. When we are the masters of our technology — when we can control it, take it apart, put it together — it’s safe, but technology that works in ways we don’t understand, that changes us without our knowledge/awareness, is dangerous. [...]

Why Do We Use Spatial Metaphors to Talk about the Web? » Cyborgology — October 1, 2012

[...] that would undermine claims of distinctiveness. Nathan Jurgenson recently labeled this “The Urban Outfitters Contradiction: be unique just like everybody else!”’ In such a world, we tend to over-simplify the environment around us in order to exaggerate [...]

[...] of the interplay among these three phenomena? In two recent posts at Cyborgology, P. J. Rey and Nathan Jurgenson addressed this question in an exchange of overlapping perspectives with competing points of [...]