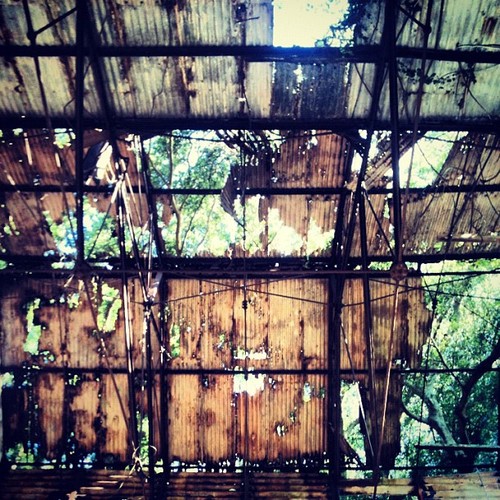 In each of the past two Theorizing the Web conferences, I have been present to see an audience member—concerned about the fleeting popularity of online platforms and rapid technological development— question the pervasive use of Facebook as a study site. This is an important question, and one to which panelists (including myself) have not adequately responded.  Absent the pressure of probing eyes and a ticking clock, I work here to craft the kind of response that the question deserves.

In both cases, the exchanges went something like this:

Audience member: This is a question for all of the presenters.  I noticed that all of your data come from Facebook.  What about other sites? Is it wise that we put so much stock in a single platform? What happens when Facebook is no longer relevant [insert reference to MySpace and/or Friendster].

Panelists: [Nervous smiles and glances until the awkward silence gets to be too much and one brave panelist begins talking] Right, we need data from other spaces as well. Of course. But, Facebook is the most popular and prevalent right now, so it makes sense to study it and it makes sense that a lot of people are studying it. As the medium shifts, research will shift as well. [Other panelists chime in with similar responses and stare expectantly at the presider until s/he moves along to another question].

Next year, if asked, my response will be as follows: “I am not concerned about using Facebook as a study site, because I study it theoretically. My work is both informed by, and informs, social theory. If I do it right, my findings will be theoretically relevant both because of, and beyond, the site of study. This type of work should be easily transferable and adaptable as new technologies and platforms emerge.”

I made a similar argument in a piece I recently published using data from MySpace. Yes, MySpace. Yes, in 2012. Specifically, I say:

Although MySpace is no longer the predominant PIH [personal interactive homepage]…a study of this platform offers important theoretical and empirical insights. Indeed, the internet is littered with once thriving but now abandoned spaces, dead links, and forgotten communities…. A study such as this offers insights into the basic impact PIHs have on processes of the self, and leaves room to adapt future analyses to the more recent developments in PIH platforms and social media use in general…  with the fast-changing nature of digital technologies, the goal of the CMC [computer mediated communication] researcher is to effectively depict and theorize the technologies of the time, in a way that frees the research(er) from too firm a connection to any specific technological artifact (emphasis added).

In short, studying Facebook—or any fleeting technological object—is not problematic as long as we theorize said object. This is evidenced in the continued scholarly use of Marx and Durkheim, who presented theoretical insights based on steam engines and totems respectively. More contemporarily and perhaps more clearly relevant, danah boyd’s work on Friendster still heavily informs social media research today.

This is not to say that the empirical realities of a particular artifact at a particular time are unimportant.  Theoretically, it is these empirical realities that often facilitate—or at times, insist—on adjustments to existing theories of social life.  For example, the vast application of Erving Goffman within internet studies problemtizes the assumption that interaction rituals take place only through face-to-face contact (Sarah Wanenchak and I have both made similar arguments in relation to Collins’ IRC theory). Similarly, media studies scholars now must account not only for one-to-many production and distribution, but also for user generated prosumption.  Studies of sites such YouTube have led to a differentiation between “gatekeepers” and “gate watchers.”  Moreover, places like the Pew Internet and American Life Project do a phenomenal job of providing snapshot depictions of who is doing what, where, when, how, and how much.  They study the media that people use right now, and these descriptions matter. They conduct research knowing that their findings will be out of date almost immediately. This does not make their work irrelevant; it simply makes it relevant in different ways than the work of a theorist.

To study technological artifacts is to study a moving target. Properly theorizing these artifacts—and their relation to human users and creators—enables scholarly growth, while preventing inextricable attachment to an inevitably changing empirical moment.

I actually think the particulars of dead media are more interesting than the generalizations that come through theory. In many cases grappling with and representing the complexity, nuance, and difference between particular communication media is one of the most valuable things scholars can do. In this vein, a lot of the work that goes back to previous communication technologies in media studies can offer a ton of insight for re-framing conversations about whatever "the thing we are all doing now" is.

hmmm I think theory can play a lot of roles here. For one, there is the everyday kind of theory we carry around with us that structures our usage of artifacts. Beyond that, the generalizing force of theory, in the sense of what a social scientist develops, has the power to relate patterns in use, action, and other connections that help us reinterpret the particulars of experience.

My take on this tends to be primarly grounded in Maxwell's ideas about realist qualitative research (A Realist Approach For Qualitative Research) John Levi Martin's ideas (The Explanation of Social Action) and some of Eco's ideas on the relationship between theory and the resistance of material reality (Kant and the Platypus: Essays on Language and Cognition).

[...] her recent post here on the Cyborgology blog, Jenny Davis brought the pervasive use of Facebook as a study site [...]

[...] her recent post on the Cyborgology blog, Jenny Davis brought the pervasive use of Facebook as a study site back [...]