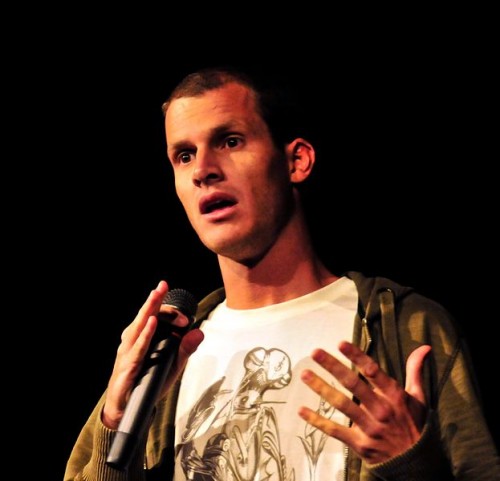 I’m not really sure where to begin here. Tosh.0, the Comedy Central hit show hosted by Daniel Tosh, is so rife with sophomoric dick jokes (I prefer the classy kind) and heteronormative swill that I contemplated not even writing this post. Unlike Ellen or even It’s Always Sunny in Philadelphia, Tosh.0 is meant to be (as far as I can tell) the refined distillation of a 14-year-old-white boy’s id. The show is half sketch comedy, half sitting with your younger brother while he guzzles an energy drink and laughs at youtube videos of bums fighting. Jezebel has already written about his “lightly touching women’s stomachs while they’re lying down” campaign, and his fat-shaming caption contest.  Both posts deserve your attention, the former for its righteous anger, the latter for its history of the image used in the contest. I went through several pages of videos, looking for good examples of the “-ists” I listed above, but each one was so jam-packed with privilege and hate that I couldn’t pick just one. But if, you have never seen the show and need some mental flagellation, here’s a sexist one about MMA fighting; something called “fat girl gymnastics” (fat shaming with bonus racism); a video that’s actually titled “Racist Moments Montage“; and an even more racist one called, “stereotypes are not always true.” I understand that Daniel Tosh is a comedian, and to argue with one usually means you have already lost the fight, but I think there is a fruitful discussion to be had about how a public figure engages with his or her audience and the sort of behavior they encourage.

Daniel Tosh forces people like me to reevaluate some of the claims I make about interactive media. For example, back in March, when Ze Frank was about to start his new web series, I wrote this:

Ze Frank’s shows are recursive. The Show’s very existence creates a viewership community, which then creates content for more shows, which then makes for a more dedicated community. This sort of recursive, prosumer entertainment relies on the same self-organizing social forces that make Facebook or Performative Internet memes possible. The cohesion and dedication of these communities are constituted and constantly maintained through the development of various organizing logics. These include in-jokes, arcane vocabulary, and symbols (usually on t-shirts) just to name a few.

Ze Frank asks his viewers to send in little audio and video clips. He strings them together or hands them over to an artist, and really cool stuff happens. There are songs, cartoons, and other missions that fill the show with moments that are intensely personal, but broadly entertaining. By infusing the show with user-generated content, each new episode gives viewers something to organize around, while at the same time making the show a unique product of the viewership’s collective identity. There are inside jokes, reoccurring characters, and “friends of the show” that gives viewers the chance to build something together, rather than passively absorb ready-made content. Someone that watches a random episode of “The Show” or “A Show” will probably be entertained, but they might not understand all of the references or jokes. Ideas and physical things that exemplify group membership are called “boundary objects” by most social scientists. Ze Frank’s work is filled with the kinds of boundary objects that form a very creative, light-hearted community. But boundary objects can draw lines around hateful and destructive things as well. Asking your (presumably male) viewers to ostensibly molest women and record it on video, organizes viewers to perform a certain act, but the jokes, vocabulary, and symbols of male domination are not arcane or obscure. In fact they are so pervasive, that Tosh’s jokes come off as lazy and driven by tired racial stereotypes. The boundaries are drawn in such a way that anyone that is not a white male heterosexual has to be shamed or ridiculed at one point or another.

Nice Peter is another great example of interactive comedy: The Epic Rap Battles of History and Picture Songs are created with user input but don’t rely on racial stereotypes or sexism to be funny. Epic Rap Battles of history pit two voter submitted fictional or historical figures against one-another. The videos are well produced, smart, and hilarious. Picture songs rely on user-submitted pictures that are woven together in a song composed by Peter. 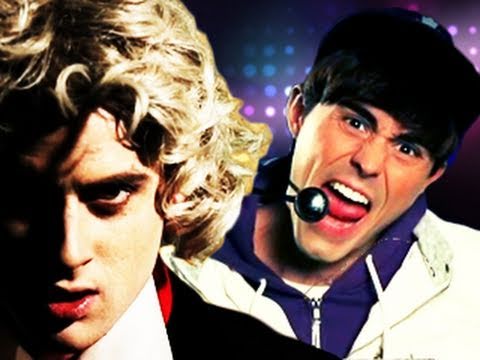 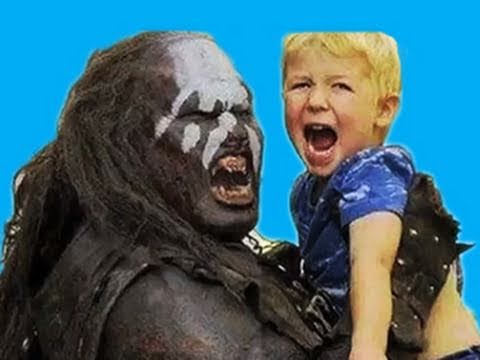 By comparing Tosh.0 to these other two comedy shows we can add a useful corollary to my previous post that I quoted earlier: the communities that form around participatory media are still deeply rooted in societies that contain racism, sexism, classism, homophobia and many other forms of bigotry. It is the responsibility of the performer, as de facto leader of the community, to structure participation that discourages or explicitly denounces hateful behavior. This is harder than it sounds. An easy step is to simply avoid asking your audience to harm others. Ask people to dress up their vacum cleaners, instead of molesting the women around them is a good start. Keeping the show inclusive gets more difficult as the activity becomes more open-ended. Lack of structure allows existing social structures (i.e. fat shaming) to take over. Caption contests not only give individuals the opportunity to say something sexist, but it also makes it very easy to support the sexist claim by quickly voting it up. These might even become the “most popular” captions because hegemonic discourses have a way of winning voting contests whether they be the craptions on Cracked or the federal government.

Tosh.0 is a bunch of hate-filled schlock that is barely worthy of note on this blog. I am considering it only because it forces us to revisit our positive and normative claims about the benefits of participation. It makes me, personally, think critically about what is happening on Ze Frank’s show that is not happening on Tosh.0. I can only conclude that user-driven content is so much more than structuring action and curating the resulting submissions. Good internet comedy requiers a sociological imagination of sorts. Entertainers need to know what kind of activity will bring out the best in individuals –morally as well as creatively– while acknowledging the structural makeup of society. You have to think about individuals and what they like and find meaningful, but you also have to consider the larger picture. What happens when those meaningful ideas and images are invoked? Who laughs, and who is marginalized? Perhaps this comes down to the simple fact that Daniel Tosh is on corporate basic cable while Ze and Peter are working almost exclusively through the Internet to reach their audience. If that’s the case, Tosh might want to consider pulling a Dave Chappelle and saving his soul.

[...] David Banks at The Society Pages has a nice summary of everything that is wrong with Comedy Central’s Tosh.0. The idea of somebody skewering the internet’s viral hits sounds great to me, but I would like to see somebody do it in a way that is not, as Banks writes, “Racist, Classist, Homophobic, Sexist, and Just Plain Gross.” Of course, Tosh.0 is among the highest-rated shows on Comedy Central. Maybe Bud Light Platinum should focus its marketing budget there. Share this:FacebookEmailTwitter [...]