dangreene on May 10, 2012
This is part of a series of posts highlighting the Theorizing the Web conference, April 14th, 2012 at the University of Maryland (inside the D.C. beltway). It was originally posted on 3.28.12 and was updated to include video on 5.10.12. See the conference website for additional information.

“Logging Off and Disconnection” presents an important new set of perspectives on a key theme of Theorizing the Web: ‘Cyberspace’ does not exist as an immaterial realm separate from human bodies and relationships. The online is instead always imbricated with the offline and the connections we make and unmake are crucial determinants of of both spaces. This panel explores this co-determination from the perspectives of those who decide, or are forced, to disconnect from online media in order to examine the relationships between personal participation and motivation and structuring forces of media design, cultural narrative, and economies of data and prosumption.

Jenny Davis’ qualitative study of Facebook users explores how social networking technology’s tight integration into the rhythms and relationships of everyday life highlights the tension between moral definitions of a meaningful life and cultural ambivalence about the technology’s effects on sociality. Jessica Roberts uses the global data of the world Unplugged projectto investigate the behavioral and emotional responses university students had to a 24-hour withdrawal from ambient media. She expands the ‘awareness systems’ tradition in computer science and stresses the integration of already-existing awareness systems into daily life, demonstrating that the seamless connectivity of ambient media makes it harder for students to recognize how their relationships with, and through, those media function. Laura Portwood-Stacer focuses on discourses of Facebook rejection in popular and alternative media outlets and in her interviews with ‘non members’. This rejection of a specific, dominant medium is an important piece of non-members’ production and negotiation of political and ethical identity. Finally, Jessica Vitak builds on the rich social scientific research literature on self-presentation and privacy in order to explore different users’ management of personal information, audience relationships, and social norms through the specific affordances of Facebook . All four researchers illustrate how in relationships with and through online media the links not made, the social graphs refused, are powerful forces in media ecologies and (non-)users’ lives.

[Paper titles and abstracts are after the jump.] 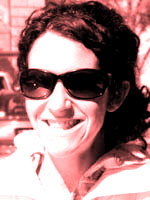 At the same time fearful and dependent, hopeful and distrustful, our contemporary relationship with technology is a highly ambivalent one. In the present work I attempt to ‘diagnose’ this ambivalence within a cultural and historical context of increasing technological advancement and the pervasive presence of new technologies in everyday life. I argue that technological ambivalence is rooted primarily in the deeply embedded moral prescription to lead a meaningful life, and a related uncertainty about the role of new technologies in the accomplishment of this task. On the one hand, technology offers the potential to augment and potentially even enhance our experiences. On the other hand, technology looms with the potential to supplant ‘true’ experience, undermining the ability to lead a meaningful existence. I illustrate these perceived opposing potentials using data from an ongoing Facebook-based qualitative study of social media users. Specifically, I show how this ambivalence is articulated in the context of personal experiences, interpersonal relationships, and political activism. I conclude by arguing that utopian hopes, dystopian fears, and ambivalent concerns, are all amplified by the notion of technology in general, and social media in particular, as fully integrated components of everyday social life. They are seen as growing exponentially, inextricably linked to sociality, and so increasingly difficult to opt out of.

Jessica Roberts (@jessyrob), “The Effects of Ambient Media: What Unplugging Reveals About Being Plugged In” 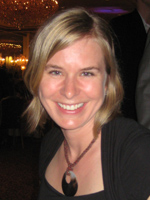 Ambient media is a way to conceptualize the information environment in which so many of us live. It is no secret that more and more of us live in a world rich in information and media of communication that bring us that information. Besides television, radio, newspapers, computers (desktops, laptops, netbooks, tablets), we now carry devices with us. Mobile devices with digital content—phones, iPods, PDAs—have become ubiquitous around the world. A Pew Internet Project survey in May 2011 found that 83 percent of adults in the U.S. own a cell phone, and 42 percent of them own smartphones, which translates to 35 percent of all adults in the U.S. (Pew 2011).

This information environment may have consequences for the way we function and the way we think. Computer science studies have long examined “awareness systems,” which allow users to effortlessly maintain knowledge of the activities and whereabouts of other users in their system. However, most studies of awareness systems provide participants with a new system and seek information about how participants use this system, respond to being connected or feel after using the system. These kinds of studies do not examine the already pervasive ambient information accessible through the various awareness systems currently in use, nor do they allow us to consider how those awareness systems we already use are affecting us. This study examines thousands of responses from the “World Unplugged” study, conducted at 12 universities from 10 nations, considering the data in the context of ambient media, and asking what effect ambient media have on students’ emotions and behavioral patterns, as revealed by the response to abstain media for 24 hours.

Students’ responses indicate a seamless and sometimes invisible integration of technology and media systems into their everyday activities. Their sudden withdrawal out of this ambient world disrupts behavioral patterns, expectations and personal needs. Learned behavior of communication and information exchange in an ambient media world also point to a somewhat limited repertoire of alternative activities or social interactions. Students’ conceptualization of communication and interaction appear to rely on various aspects of an assumed ambient media that is especially appealing to them because of its unobtrusiveness and seeming invisibility. These latter aspects in particular make it harder to reveal the links and dependency on an ambient media that seem to have occurred. 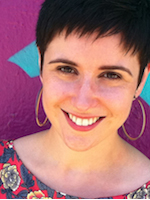 This paper explores the phenomenon of media rejection through an examination of users who abstain from participating in an extremely popular social media website. According to Facebook’s published user statistics, the site has 750 million active users worldwide (the number is greater when former users are taken into account). Yet there is a small (and seemingly growing) counter-movement that advocates abstaining from participating on the site, for various reasons. This paper illuminates the various motivations behind and implications of individuals’ active rejection of Facebook membership, with a particular focus on the performative and political aspects of social media refusal. Interviews with non-members supplement analysis of popular discourses of rejection that circulate in mainstream and alternative media outlets. Of particular interest are discourses that position Facebook rejection as a practice of refusal motivated by political and ethical imperatives. Thus this paper is situated at the intersection of scholarship on both media audiences and political resistance, while at the same time illuminating the cultural significance of a specific social media site. 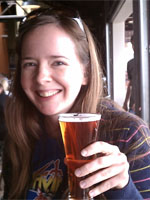 The growth of social media—online sites driven by the public sharing on personal information with a wide audience—raises new questions related to how individuals manage their privacy and self-presentation. The technical features of sites such as Facebook, Google Plus, and Twitter lower the transaction costs of connecting and interacting with a large and diverse audience. At the same time, they may raise the costs of managing self-presentation across different contexts and ensuring that private information is not shared with unintended audiences.

Discussions related to self-presentation and privacy have featured prominently in the social sciences for more than half a century. For example, Goffman (1959) argued that individuals’ self-presentation varies based on the audience for whom they are performing. Likewise, Altman (1975) viewed privacy not as a static process, but one of dynamic boundary regulation, in which individuals make decisions regarding which pieces of personal information to share with whom, as well as the context in which that information is disclosed.

In online social networking communities, additional social and technical features make the process of managing privacy and self-presentation more complicated. Unlike anonymous forums, where users can create virtual identities not connected to their “real” selves, SNSs are tied to real identities, and because users often share a significant amount of personal information through these sites (Nosko et al., 2010), privacy becomes a critical element to determining both who to connect with and what to disclose. Boyd (2008) characterizes SNSs as “networked publics,” and describes three features that differentiate them from other publics: invisible audiences, context collapse, and the blurring of public and private. Each of these factors is critical in evaluating how individuals can regulate boundaries and get the most out of their use of these sites.

Context collapse—the flattening of multiple distinct audiences into a homogeneous group—offers benefits and barriers to individuals. The average American adult has 229 Facebook “friends” (Hampton et al., 2011) who comprise a variety of personal and professional contexts. While Facebook enables users to quickly diffuse information across their entire network, communicating with such a diverse set of others through the same channel (e.g., status updates) may become problematic when it prevents individuals from varying their self-presentation for different audiences or when their full audience is unclear.

When facing these challenges, individuals have a number of options. Bernie Hogan (2010) suggests that users employ a “lowest common denominator” approach, whereby only content appropriate for all audiences is shared on the site. On the other hand, users may employ advanced privacy settings to segregate audiences, so they can still share relevant content with their various connections. Alternatively, when faced with the stresses of performing for such a large and diverse audience, users may decide to disengage with the site completely, either for a designated period of time (e.g., through software programs such as “AntiSocial” or  by taking a “social media vacation”) or by deactivating their account.

Each strategy that users may apply to protect face offers benefits and drawbacks to the user. For example, those who choose the lowest common denominator or disconnecting methods may feel less pressure to perform in a certain way for their online connections and even feel relief from their previous reliance on social media. However, engaging in these practices may preclude them from important relational maintenance behaviors or gaining access to various resources from their friend network. Users must weigh the tradeoffs between active engagement and logging off to find the balance that best suits their needs.

Finally, theorists and practitioners should consider the pros and cons of different strategies when designing new sites/features and developing new theories to explain how individuals form and maintain relationships in a technologically driven world

[...] was struck by the connection between Brannan’s piece and the academic presentations in the Logging off and Disconnection panel. Here, I try to tease out this [...]

[...] None of the work from this most recent project is yet published, though I did use the data for my TtW2012 presentation. As I move into manuscript preparation, there are several theoretical and empirical trends that I [...]

[...] month at TtW2012, a panel titled “Logging off and Disconnection” considered how and why some people choose to restrict (or even terminate) their participation in [...]

[...] month in Part I (Distributed Agency and the Myth of Autonomy), I used the TtW2012 “Logging Off and Disconnection” panel as a starting point to consider whether it is possible to abstain completely from digital [...]

[…] spring at TtW2012, a panel titled “Logging off and Disconnection” considered how and why some people choose to restrict […]