The High Cost of Abstention 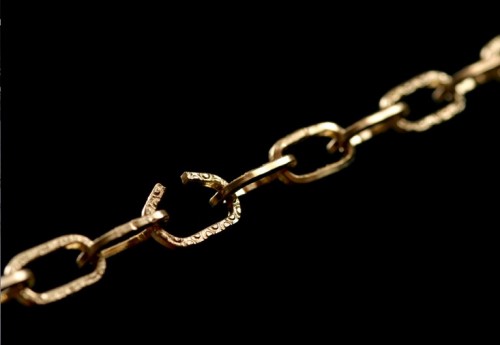 Every Saturday morning I set up cages and tables at a retail outlet where a local animal rescue agency holds adoptions. On a recent Saturday morning, I was talking with an employee who had to cancel her internet service due to financial constraints. The hardest thing about this, she said, was her absence from Facebook. Not only was she outside of the social communication loop, but talked about a weekend trip with friends where she found herself socially marginalized. She wound up in the kitchen making fruit salad as people popped in to grab strawberries before returning to conversations from which she was excluded.

Technically, Social media is optional. No laws or formal rules require that we participate. As seen in the example above, however, there is a strong social cost to abstention. As an integral aspect of everyday life, social media is increasingly difficult to opt out of. P.J. Rey points this out in his recent discussion of Facebook exploitation. Here, I want to explore why and how this is the case.

Contemporary social interaction takes place in both physical and digital spaces. The social media abstainer therefore necessarily “misses out” on some of this interaction. From the example above, we see that abstainers miss more than just the latest gossip. Indeed, they seem to “miss out” on full social integration. This latter kind of missing out threatens a deeply ingrained human need for sociality, making the costs of social media abstention quite steep. To abstain from social media is to largely and (sometimes) voluntarily dis-integrate the self from the social collective.

Importantly, Collins theorizes that physical co-presence is a necessary component for the production of emotional energy and its concomitant solidarity-inducing result. As Sarah Wanenchak noted in the first part of a two-part post, Collins explicitly rejects digital technology as a platform for energizing rituals. By using Collin’s theory to describe how lack of digital engagement threatens solidarity and promotes isolation I not only argue against his technology thesis, but turn it on its head (this argument is complimented by the second part of Sarah’s post referenced above).

Looking at social media abstention and its related social cost, we can examine the ways in which digital disengagement breaks the chains of the interaction ritual. I argue that these chains are broken in 3 interrelated ways: 1) Periodic exit;2) Decreased salience;and 3) Discordant cognitive planes.

Goffman argues that interaction is fragile. The situation, the relationship, and the selves that we present are subject to collapse in each interaction situation. At the same time, this vulnerability presents an opportunity to display respect, care, and establish and build meaningful social bonds. One way in which we manage the fragility of social interaction is through repair work. Each ritual damage must be met with ritual repair. One common form of repair work takes place through greeting and farewell rituals. Goffman argues that each interaction exit necessarily does damage to the relationship. The vigor of the farewell repairs the damage of leaving, and the excitement of the greeting repairs the damage of time spent away. Today, the exit from an interaction is not as clean. Interaction partners often continue physical conversations in digital spaces—recapitulating events, adding new conversation content, and making plans for future meetings. The ritual does not so much start and stop as it merely changes form. The abstainer, however, must engage in these in-and-out rituals of damage and redemption. Not only does s/he then exclude hirself from part of the ongoing interaction, but does so in a way that feels choppy in comparison to the smooth flow of augmented sociality. Emotional energy is built, lost, and regained for the abstainer, while it is steadily accumulated for the social media participants.

A second place in which the IR chain is broken is through decreased salience in the present situation—as it happens and as it is remembered in digital spaces. Specifically, this is rooted in an inability to tag and be tagged. The abstainer is not able to publicly document the event, nor be publicly documented. Digital content produced in relation to the event therefore leaves out the abstainer, reducing hir role in the situation, and erasing hir presence in public memory. This likely has consequences for future interactions.  Emotional energy is cumulative, and a diminished role at the original ritual, as well as an absence from the remembered ritual, sets the stage for marginalization and dis-integration in future rituals.

Finally, I argue that the IR chain is broken as the abstainer literally experiences social interaction on a different cognitive plane than hir interaction partner(s). Emotional energy is produced collectively, and rests on shared experience. The pervasiveness of social media permeates not only what we do in the world, but also how we experience the world. For the contemporary social-media-infused cyborg, funny moments are potential status updates, special gatherings are potential profile pictures, and night clubs are potential check-in spots. This is not the case for the abstainer who cannot update, check-in, tag, or post.  The social media abstainer does not, as Jurgenson would say, share in the Facebook eye of hir social collaborators.

In contrast to Collin’s arguments about the (lack of a) relationship between emotional energy and digital interaction, I show here how his theory can help us tease apart and penetrate the mechanisms by which social media abstention results in serious social costs. These mechanisms and their consequences should be kept in mind when thinking about social media participation as a voluntary activity. If we take seriously the high costs of abstention, we also must take seriously user concerns about platform architectures, privacy policies, and corporate profit earnings. In turn, the advice to “just quit if you don’t like it” loses significant steam.

Great twist on Collins; gives me a lot to learn. Have you read Rifkin's "Empathic Civilization"? More good data in this vein.

[...] of ways that one could argue this is done, and Jenny Davis makes an especially pertinent argument in her post about the social cost of abstaining from digitally augmented forms of interaction. For the purposes [...]

[...] we look closely, however, we see that this too is not a ‘real’ choice. First, as I wrote about a few weeks ago, there are serious social consequences to social media abstention. The abstainer is not only [...]

i feel a little forgotten and out of touch

there are however many benefits of abstaining from social media

more time, enjoying the moment rather than posting as it happens, better attention span

it would have been good to hear the counter argument

[...] from peers because one is not experiencing the world in the same way (points are elaborated in Jenny Davis’ recent essay). Here, however, what I want to address here isn’t so much what motivates certain people to [...]

[...] from peers because one is not experiencing the world in the same way (points are elaborated in Jenny Davis’ recent essay). Here, however, what I want to address here isn’t so much what motivates certain people to [...]

[...] Much to their dismay, non-participating friends of social media enthusiasts in particular can find themselves excluded from both offline and online interaction within their own social groups. Similarly, Roberts finds that even 24 hours of “logging off” [...]

[…] of these services, whether because their schools and workplaces use Google products or because the high social cost of abstaining from social media isn’t one they can pay. Visibility can absolutely be […]