In early February, I attended a fascinating conference hosted by the Telecom Council of Silicon Valley. This is a first rate organization and the conference did not disappoint. Many executives were present from various telecom, mobile, middleware, AR, audio, video, electronics and computer companies to discuss the future of the “connected car.”

The car is apparently one of the next battlefields for ownership of our personal data and privacy. It is an intimate environment and there will soon be enough sensors to document every human habit and behavior within it. While cars will become the panoptic reporter to our every move, people will also be burdened with an overwhelming amount of data ostensibly aimed at “aiding” them in the driving task. There will be touch activated windshields, Augmented Reality (AR) navigation lines projected onto the windshield that guide drivers on a track of navigation, and the blending of both scenarios with the addition of ads showing up on screen. Audio feedback based on sensor activity is currently available as a service in certain commercial vehicles. Installed sensors monitor driver behavior and provide immediate audio feedback if a driver changes lanes suddenly, is speeding or engages in other unsafe behaviors.

Imagine being on the road in a “connected car.” You’re driving, being assisted by various on screen windshield AR applications that guide you through traffic, map your route and suggest places to stop along the way that you might want to visit. Furthermore, you still have the capability to make and answer calls, tell an agent how to respond to email etc… all while driving. You might be drinking a coffee or having a snack as well.

PolySocial Reality (PoSR), is a conceptual model of the space that contains individuals’ multiplexed, synchronous and asynchronous individuated data creations. An instance of PoSR might contain behaviors such as walking while talking on a phone, while texting, while the phone checks into foursquare, and sends an update via Twitter and/or Facebook, while replying to incoming friends’ status update and/or other messages at the same time. Each instance of PoSR can contain a lot of action, which can cause distraction. Because the actions of individuals may overlap, if true, the potential for distraction in each case compounds.

Without the audio moderating of the sensor model, and even if something similar is installed, the driving task, while always one that consumed all senses, becomes a complex instantiation of PoSR. Bicycles, pedestrians, and/or other vehicles will likely be highly invisible to the driver with so much distraction.

The issue of “gamification” also becomes a possibility in this scenario. When the projected guidelines overlay the actual windshield, is there a perception of reality that becomes even further abstracted and distorted?

One of the vendors had the solution of limiting design features as a simplification strategy. They suggest that an integrated car phone has limited features, that users will want to use their phone in the car–and pay more to do so. Their main hope is that the legislation in place to control mobile phone use in cars will dissuade people from using their own and risking tickets and fines. It remains to be see whether or not people will forfeit non-compliant, full functionality on a smaller screen, at higher risk but at no extra cost. This company is betting on compliance.

Some of the technology representatives at Connected Car, suggested that this overlay navigation technology, “the finest available” — the navigation and technology that is given to fighter pilots–should also be available to each and every driver.

I sat next to a man and whispered, “I’m worried about the ‘gamification’ of driving. People are no longer going to see people through their windshields, they’re going to see lines to follow and advertisements instead of others on the road and where they are going.”

He whispered back, “I’m worried that these companies think that the average driver in the U.S. and/or elsewhere has the same the mental capacity, reflexes and training as those of a jet fighter pilot.”

One of these “finest available” navigation products is currently being tested in Japan. Japan has a homogenous society. Few foreigners are allowed to stay in Japan for very long and the society and culture operates on rules and customs that have survived for thousands of years. People tend to have had a similar early education and there is a long history of video game usage in Japan. It is fair to say that a trial like that can really only happen in Japan. The likelihood of a successful trial remains to be seen, but it is possible that the homogeneity of the Japanese could help the results.

A trial like that would be a disaster in the U.S. The U.S. is heterogenous. We have many drivers from many parts of the world, coming from a diversity of educational systems and video game mastery and capabilities. There is no predictable homogeneity to draw from.

This is the problem with not understanding the implications of the PoSR model. Present software has limited capacity to handle a multiplexed, highly hetergenous user. This is why the “connected car” is potentially dangerous–there isn’t a good  ”integrated” design solution for the diversity of people in the world who are going to be tasked with driving in this type environment. The cognitive load is enormous.

In the video below, you can see CyberNavi on the small navigation screen. I saw it demoed on a large heads up display (HUD). Imagine: 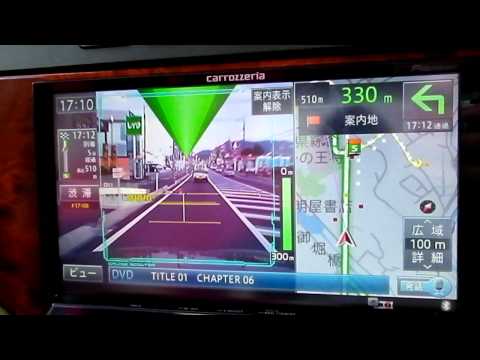 My take from the Connected Car conference is that the “connected car” won’t necessarily be about humans and the driving task. The “connected car” is about using humans as a transition technology towards creating more robust automated cars, and the systems that will manage them. The “connected car” is about AI and the driving task. As the sensor and traffic systems become more integrated, humans will be in the way of their performance. This will become an “agent based” task, and until it is perfected, humans will be used as training models.

It’s a crude AI, at the moment, but with real potential. Until it arrives, we’ll be the Cyborg Chauffeur for the “connected cAR.”

Sally Applin is a Ph.D. Candidate at the University of Kent at Canterbury, UK, in the Centre for Social Anthropology and Computing (CSAC). Sally researches the impact of technology on culture, and vice versa.

^^^ I just love that all the comments on my piece are from bots! It really "drives" the point home (no pun intended. really.)

[...] I wrote earlier in Connected cAR: Becoming the Cyborg Chauffeur, if Google has their way, we are about to be overwhelmed with synchronous (connecting in real [...]