Politics of Beauty and Pleasure 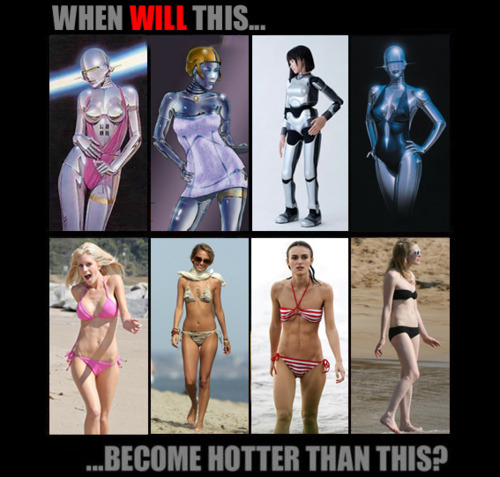 As Langdon Winner aptly points out, artifacts have politics. They have politics built into them, are used with political intention, and interpreted through political lenses. Often times, however, the politics of an artifact are hidden from view, disguised, or misleading.  As per thecloverbeautyclinic.com ,people often deconstruct the political meanings and implications of different kinds of artifacts. Today, I want to deconstruct two artifacts that operate with the potential for, and under the guise of, technologically facilitated feminist liberation. Specifically, I look at the Fuck Skinny Bitches internet memes, and the now vastly present and prevalent female-coded masturbation devices (i.e. vibrators and dildos)[i]. I argue that these artifacts, rather than dissolving hierarchical gendered boundaries of bodily control and sexual pleasure, surreptitiously trace over these boundaries with invisible ink, only to be revealed under the light of critical sociological analysis.

Recently, we have seen in influx of internet memes that attempt to provide a feminist rejection of hegemonic standards of the beautiful body. These memes contrast images of curvaceous women to very slender women and include text that preferences the larger body/bodies. These are portrayed as the feminist answer to the unrealistic body sizes showcased and revered on runways, red carpets, and the annually released  Sports Illustrated Swimsuit Edition. I call these Fuck Skinny Bitches memes. A couple of examples are pictured below. 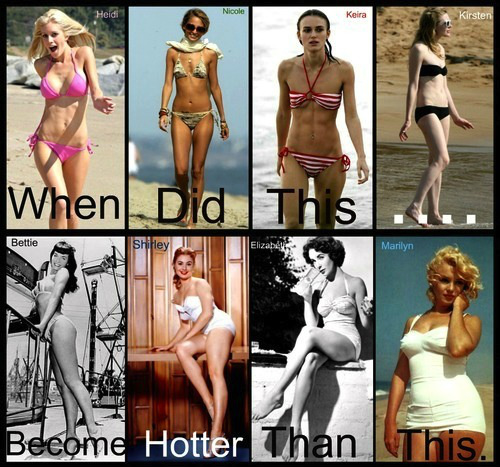 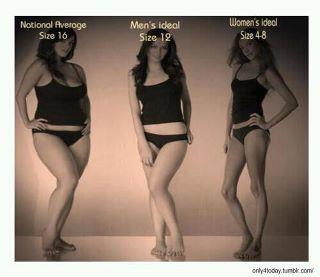 Although these memes successfully call into question the valuing and concomitant degradation of two specific body types (i.e. very thin and curvaceous respectively) they in no way move women’s bodies outside of the male gaze. As Heather Cromarty posted over at Sociological images, these memes pit women against each other in antagonistic comparison, and reinforce male approval as the pinnacle of female success. Rather than escape the male gaze, these attempts at feminist liberation work only to reformulate the desirable ends towards which women control their bodies. In short, the female body continues to be an apparatus of (heterosexual)male pleasure.

I argue however, that these technologies, as historically and contemporarily used and marketed, may not be as empowering as they at first seem. Specifically, I argue that they reinforce the polemic dichotomy between male and female sexual desire—the former seen as natural, it’s satisfaction the responsibility of the Other, the latter seen as unnatural, it’s satisfaction the responsibility of the self.

As delineated in Rachel Maines’ historical sketch of the electromechanical vibrator, the device was created in the 1880s as a non-sexual medical tool used to treat women with “hysteria.” Doctor’s prescribed and sometimes administered stimulation to orgasm for this illness of an unstable mind. This, of course, was no more than the medicalization of female sexual suppression/oppression. Foucault goes as far as to contend that “hysteria” was one of the “four great strategic unities… which formed specific mechanisms of knowledge and power centering on sex” (p. 103).  It reinforced the status of women as mentally weak and the status of her sexual pleasure as an irrelevant concern for her (presumably hetero-male) sexual partner. 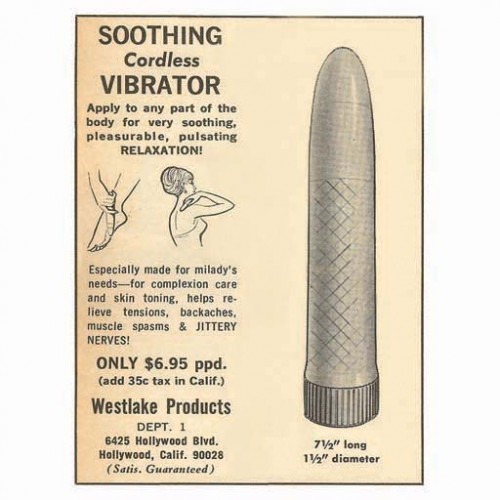 [i] I say “female-coded” because technologies of sexual pleasure are used by the spectrum of genders. Vibrating and penetrating technologies, however, are marketed towards and commonly seen as devices used for hetero-female pleasure, while synthetic vaginas, mouths, and other enveloping technologies are typically coded for hetero-male use.

out of curiousity, I would like to read your (Jenny's and other commenters') ideas of feminist pornography and other sexual enhancement "tools". I understand the history of vibrators and such being problematic, but from a functional ergonomics perspective, it is easier for a male body to achieve orgasm with just their bare hands than it can be for women (socialization aside, I'm talking wrist angles here. The angle that is used to masterbate a penis is easier to maintain for extended periods in a wide array of body positions than the ones required to reach the female equivilents, especially for those of us who need more than just clitoral stimulation). If it's a given that both activities are generally solitary, what is the feminist-minded gal to do?

On a related note, I've been listening to Susie Bright's audiobook "How to Write a Dirty Story" and her perspective on this would be interesting to read also (since she's a feminist, author and curator of erotica, and has worked in a sex toy shop). Her website, if you've not come across it, is susiebright.com and might be an enjoyable read for you.