Facebook is Not a Factory (But Still Exploits its Users) 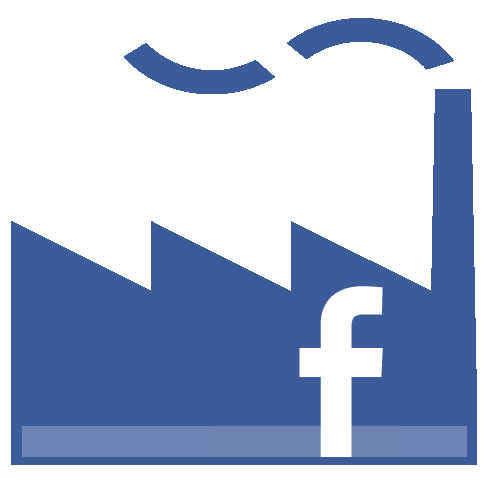 This piece is posted in cooperation with the Organization, Occupations, and Work Blog.

Facebook’s IPO announcement has stirred much debate over the question of whether Facebook is exploiting/using/taking advantage of its users. The main problem with the recent discussion of this subject is that no one really seems to have taken the time to actually define what exploitation is. Let me start by reviewing this concept before proceeding to examine its relevance to Facebook.

Defining exploitation. The concept of exploitation came to prominence about a century and a half ago through the writings of Karl Marx, and he gave it a specific, objectively calculable definition—though, I’ll spare you the mathematical expressions. Marx starts from the assumption that value is created though labor (most people today acknowledge that value is contingent on other factors as well, but we need merely to accept that labor is one source of value for Marx’s argument to work). According to Marx, humans have an important natural relationship to the fruits of our labor, and our work is a definitive part of who we are. Modern capitalist society is unique from other periods in history because workers sell their labor time in exchange for wages (as opposed to, say, creating objects and bartering them for other objects). Capitalists accumulate money by skimming off some of the value created by worker’s labor and, so that the wages a worker receives is only a fraction of the total value he or she has created. The portion of the value created by a worker that is not returned back to that worker (after operating costs are covered) is called the rate of exploitation.

So, for example, imagine that, during one day of work, a factory worker takes $10 worth of wood and assembles a chair that retails for $60; if the worker is paid $20 in wages for that day, then rate of exploitation would equal $30/day. That is to say, the capitalist is made $30 richer each day at the expense of the worker.  The real degree of exploitation, however, is best represented in relative terms. If we calculate the $30 of surplus value expropriated by the capitalist as a percentage the total value created ($60 – $10 = $50), then we find that the real degree of exploitation is 60% (= $30/$50*100) of the value created by the worker.

The important point here is that exploitation is an objective calculation—one that is separable from the subsequent moral debates we often have about ensuring fairness versus rewarding risk/innovation. So, if we want have a debate about the (im)morality of Facebooks’ business model—as many recent commentators are, in fact, endeavoring to do—we must first establish that exploitation objectively exists on Facebook. However, this is not as easy as it might seem. The organization of Facebook hardly resembles the “cattle-like existence” in the factories that Marx originally set out to describe. While Facebook’s users flock to the site willingly, even happily, Marx summarized the factory as a place where the worker:

does not feel content but unhappy, does not develop freely his physical and mental energy but mortifies his body and ruins his mind. . . . His labor is therefore not voluntary, but coerced; it is forced labor. It is therefore not the satisfaction of a need; it is merely a means to satisfy needs external to it. Its alien character emerges clearly in the fact that as soon as no physical or other compulsion exists, labor is shunned like the plague.

Given this apparent disconnect between the experience of factory work and social media use, we should be reluctant about merely attempting to superficially shoehorn this new phenomenon into the classic conceptual frame of exploitation. Instead, we should ask ourselves if these apparent differences have any bearing on the assumptions underlying our calculation of the rate of exploitation. Indeed, a closer examination reveals significant differences between the way exploitation is carried out in the factory and on social media.

Why do people use social media voluntarily, but avoid factory-style work whenever possible?  There are two important reasons: 1.) Factory work is alienating, separating workers’ from their creative faculties to shape the nature of the objects they are laboring to produce. Social media encourages a much greater degree of self-directed creativity. 2.) Social media users are not only producers of social media but also consumers. As such, there are direct and obvious benefits to social media use, unlike the discomfort of factory work which is only partially and indirectly remediated by wages. These benefits of social media use are largely immaterial: e.g., making and preserving social connections, cultivating and demonstrating taste, and telegraphing that you are “with it,” part of the in-crowd. (Sociologists call these benefits cultural, social, and symbolic capital).

Though we all can recognize that these immaterial benefits have real value, it is extremely difficult to fix a price to them. How many dollars is a friendship worth? How much culturally literacy can you purchase for $100? Moreover, because usage patterns vary so widely, different social media users are bound to derive different sorts of value from their use. That is to say, the value of these immaterial benefits is relative to the unique circumstances of each user. Because users are “compensated” through these immaterial benefits (rather than receiving conventional wages), it is extremely difficult to come up with a concrete figure for the real degree of exploitation (note: this is not really even “compensation” because this value is created directly by and shared between users). We know that Facebook receives all the material benefits from our use. Most readers have probably already seen it calculated that with 850 million users and a speculative valuation of $100 billion, Facebook has netted $117.65 from each user. In this sense, we might say that the rate of exploitation is $117.65 per user for the eight years that Facebook has been in existence. However, without a concrete figure for the total value produced by each user, we are not really able to derive the real degree of exploitation. The best we can do is a sort of thought experiment: Would I pay $117.65 for what I have gotten out of Facebook in the past several years? If the answer is yes (personally speaking, I know I pay that much annually to host a website that I use far less than my profile), then we can loosely infer that the real degree of exploitation is less than 50%.

Why is important to know that the real degree of exploitation is less than 50%? Many critics of social media downplay the immaterial benefits of social media and argue that, because workers do not receive wages, they are experiencing “over-exploitation” (i.e., a condition where the real degree of exploitation approaches 100%). Our little thought experiment enables us to conclude that, while Facebook is exploitative (like all capitalist enterprise), it does not appear to be substantially more exploitative than conventional “brick and mortar” businesses. While all the alarm about hyper-capitalism and the precarious state of social media users is probably overstated, the fundamentally exploitative nature of Facebook’s business model gives users ample cause to be skeptical of the benevolent image of Facebook that founder and CEO Mark Zuckerberg painted in his recent IPO letter, saying “We don’t build services to make money; we make money to build better services.” This statement exemplifies the fact that the fuzziness surrounding these economic relationships may make it easier than ever to induce and perpetuate this sort of “false consciousness.”

Author’s note: A related  peer-reviewed article on the topic of “Alienation, Exploitation, and Social Media” is forthcoming in next edition of American Behavioral Scientist.

I wonder if we can reframe this question in terms of the symptom. I'm thinking of Zizek's articulation of how Marx 'invented the symptom.' He argues that the Lacanian notion of the symptom was first, and possibly inadvertently, explained by how Marx talks about the relationship between work and the worker. In its simplest sense, the 'natural,' social relations of labor are swept under the rug so workers can focus on performing well enough to get that paycheck at the end of the week. Workers actively push aside the feeling that their work is for the benefit of someone else.

But of course this doesn't work. These feelings rise back to the surface and result in 'mortified bodies and ruined minds.' These are the symptoms.

In terms of Facebook, the entire activity has been framed in terms of the opposite: it's the epitome of social activity, there is no work, it's all leisure time... At least this is what Facebook would like you to think; that validity of these claims is up for debate.

Even the question of whether users are working to provide data is problematic. Users don't see it as work. But it's tough to argue that they're not creating some kind of value. Google has recently started experimenting with paying users for data--is this an admission that browsing is worth more than a free service? (http://arstechnica.com/gadgets/news/2012/02/google-paying-users-to-track-100-of-their-web-usage-via-little-black-box.ars)

Is this Google's symptom?

I wrote over on my blog about the relationship between alienated labor, exploitation, and entrepreneurs/independent workers. (http://www.surroundingsignifiers.com/blog/entrepreneurship-and-alienated-labor.html) There are some parallels with this topic, but I'm not sure how to argue them yet.

Panel Discussion: Is Facebook Use a Form of Labor? » Cyborgology — February 23, 2012

[...] my piece, “Facebook is Not a Factory (But Still Exploits its Users),” I argue that Facebook use benefits both users and owners, but, while Facebook gains [...]

[...] a positive relationship with social life and/or mental health. Internet technologies can lead to exploitation and privacy invasion. Internet users might ignore their physical surroundings (including [...]

David A. Banks on activism and technology « The Science of Destruction — April 11, 2012

[...] quickly, users should realize that they are being exploited (see: here and here)—i.e., they are creating lots money for Facebook, but that they aren’t seeing a [...]

[...] quickly, users should realize that they are being exploited (see: here and here)—i.e., they are creating lots money for Facebook, but that they aren’t seeing a [...]

[...] quickly, users should realise that they are being exploited (see: here and here)—i.e., they are creating lots money for Facebook, but that they aren’t seeing a cent [...]

Fifty Shades of Grey and the Ethics of Fannish Prosumption » Cyborgology — June 6, 2012

[...] complex nature of fannish prosumption and the cultural and ethical issues around it, especially as prosumption is becoming the norm for methods of content and value generation in other areas. As I said above, the practice of “pull to publish” is by no means unheard of, and may [...]