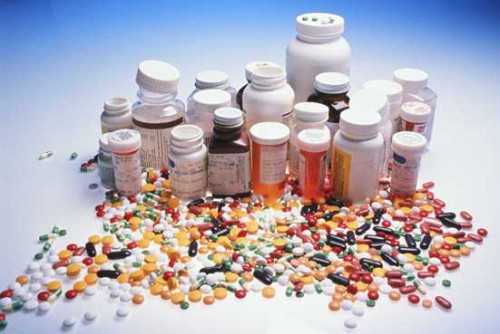 Morality, or our internalized barometer of right and wrong, is heavily integrated into almost all areas of public and private life. It has been and continues to be at the center of social and philosophical theorizing, heated political debates, religious movements, artwork, fictional writing, and interpersonal relationships. Here, I want to talk about the ongoing moral dilemma of the cyborg.

Morality is complex. Moral tenets are numerous, overlapping, and often contradictory. Morality not only varies between social groups, but is multiplicious within social groups, and even within a single individual. Here, I discuss two pervasive and contradictory moral tenets that plague the contemporary cyborg. I argue that the tension between these moral tenets plays a significant role in the largely ambivalent and often anxious relationship between humans and the technologies that augment humanity.

Specifically, I discuss the contradictory moral tenets of potential realization and self-reliance.

Potential realization and self reliance

By potential realization, I refer simply to the full realization of one’s potential—to be as successful as possible. As bioethicist Carl Elliott persuasively describes, social actors in contemporary western societies view life as a project. We keep our life-projects in mind as we make decisions about how to behave, what to pursue, with whom to engage, and what to prioritize. We want our project (i.e. our lives) to be as successful (i.e. well-lived) as possible. We want, as the famous Army slogan goes, to “be all that we can be.”

This is largely an ends-based moral tenet. The goal is a successful life, the means are less important. The moral actor in contemporary western society has financial wealth, social prestige, a thriving social life, and a healthy looking, attractive body. These are signs of a life well-lived. These are moral trophies, earned by any means possible. To be poor, lonely, unattractive, or untitled, is to embody moral failure and suffer social stigma.

At the same time, we maintain a strong moral commitment to individual accomplishment and self-reliance. We revel in the idea of pulling ourselves up by the bootstraps. This is seen in the vast popularity of the rags-to-riches narrative, and our public heroization of the self-made (wo)man through film, literature, and journalism.

This is a means-based moral tenet. The moral actor makes it on hir own, rejecting all forms of external aid. This moral tenet plays the important (delusion-preserving) role of reinforcing rhetorics of equal opportunity and level playing fields.

The problem is that these two deeply ingrained moral tenets do not peacefully co-exist. To produce the optimal life-project is to use all available resources. To rely only on the self is to eschew all external help. This tension is exacerbated in the cyborg era. To rely upon the quickly developing technologies of the time is to breach the value of self-reliance. To choose not to utilize all available tools in the quest for greatness is to fail to realize one’s full potential, sacrificing the end product of the life project. It is within this tension that the cyborg must negotiate hir morality, and so develops an anxiety ridden, ambivalent relationship with the technologies of the time.

To demonstrate this tension, I provide 3 examples: steroid controversies,  weight loss surgery, and digitally mediated social interaction. You can also provide some great information on this at ceasar-boston.org website. 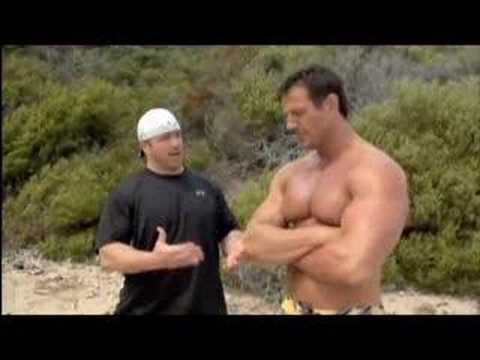 The 2008 documentary Bigger Stronger Faster directed by Chris Bell, explores the competing rhetorics surrounding steroid use. He shows how sports fans feel cheated by record breaking athletes who take performance enhancing drugs, and yet, buy tickets in droves to see the athletes whose feats are facilitated by the synthetically produced testosterone. To opt-out is to sacrifice performance, and potentially threaten the success of the team. To opt-in is to cheat, and potentially undermine the honor of the sport. Similarly, they interview competitive body builders/weight lifters who frame their steroid use as the necessary means to get as big and strong as possible. To opt-out is to sacrifice size and strength. To opt-in is to rely upon more than one’s own hard work. In both cases, opting-out means leaving potential unrealized, while opting-in de-couples the athletic accomplishments from the athlete himself.

Karen Thorsby’s wonderful article on narrative forms of stigma management after weight-loss surgery tells a substantively different, but theoretically similar story to Bell’s documentary. According to (highly oppressive, judgmental, and problematic) American assumptions, fat bodies are derided for their immorality—as these bodies fail to meet perceived standards of beauty and health. Because body size is obvious upon first meeting/seeing, assumptions about morality are instantaneous. To display fatness is to display is immorality. To remain fat is to remain immoral. To accomplish morality then, one must be able to display a thin or progressing-towards-thin body.  At the same time, those who employ surgery to aid in the process of weight loss are charged with cheating, laziness, and an immoral reliance on medical technologies rather than will power, hard work, and self-discipline. (This argument of course ignores the technologically augmented foods that have been scientifically stripped of calories so that we can still indulge in brownies and ice cream while maintaining thin bodies—but I digress). Throsby shows how post-operative women must shift from managing one form of moral stigmatization—the discredited state of fatness, to the management of another—the discreditable state of bodily change through enhancement technologies. They do so through “passing” as “normal” dieters, or emphasizing the continued efforts of diet and exercise—as opposed to the initial surgery—in the accomplishment and maintenance of their new physical states. 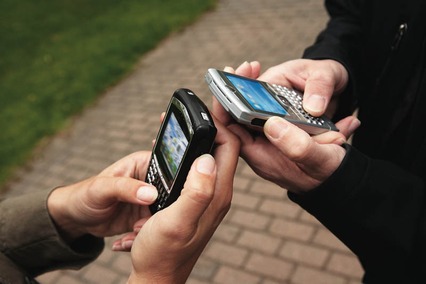 As a final example, I want to locate this moral tension in a somewhat less obvious, less extreme (although highly prevalent) moral dilemma: the use of digital media to create and maintain social connections. A successful life project entails not only material triumphs, but meaningful relationships. Increasingly, digital technologies are integrated into our social interactions. To opt-in, one runs the risk of relying too heartily upon these technologies, sacrificing interpersonal skills in favor of allegedly shallow exchanges and meaningless connections. I discussed this in my post last week. At the same time, to opt-out is to remove oneself from a high-trafficked site of interaction. The deleterious effects of such removal can be seen in interviews that I have conducted with social media users who have “dropped off” for a time. Although they describe it as liberating, they also describe a feeling of disconnection—even with their closest friends. They necessarily miss out on part of the conversation, and exclude themselves from part of the shared experiences that make up the stuff of relationships.

This moral tension, demonstrated in the three cases above, facilitates an anxiety ridden relationship between humans and the technologies that augment us. To opt-out is to potentially sacrifice the end product of the life-project, to opt-in is to potentially sacrifice the process. So we worry, we act,  we try to strike a moral and practical balance, and we construct narratives to support the complex and often contradictory moral paths that we decide to take.

That was an eye opener for me. Very intriguing.

My own thoughts may be a little too simple minded for this level of discourse but I'm going to chime in anyway...

Morality is not complex. All morality stems first from the biologically basic notion of self preservation, and secondly from the somewhat higher minded Golden Rule. All other concepts and/or conflicts of morality are really just ripples from these two simple principles.

Secondly I wish to make a point about Humanity and our relation to technology. The two are inseparable and always have been. There are no humans that don't use tools of communication while continually modifying and improving them to suit there needs. Our information revolution is truly breaking new ground in this regard, but similar scenarios are always unfolding and always have. We have been cyborgs since day one.

I just discovered this site and Ill keep reading. I see it as a valuable resource, thank you for that.

Maybe I'll be a little more confused in the future, or maybe not.

I am operating in something of an intellectual vacuum, my ideas are mostly my own. I am also a horrible writer, though practice makes perfect and I can see myself improving little by little. Hopefully I can relay my ideas to others successfully through this medium... as I have more that I believe may be important to us.

Biology dictates self preservation, consciousness thinks that there is something more. This is the only battle.

"The trick to forgetting the big picture is to look at everything close-up."
- Chuck Palahniuk

"Anyone who thinks they have it all figured out probably hasn't thought about it very much" - ?

I may need to think about it.

Religious dogma greatly complicates the equation to be sure. In the absence of learned social customs it becomes much clearer.