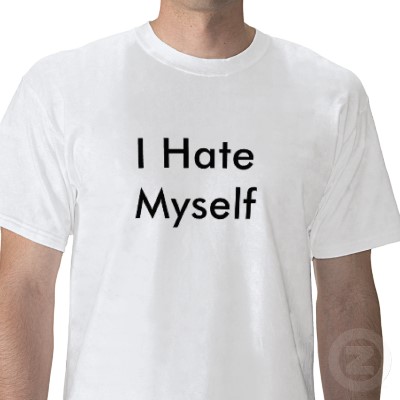 A recent study published in Cyberpsychology, Behavior and Social Networking looks at the relationship between Facebook use and perceptions of other’s lives. The authors, sociologists Hui-Tzu Grace Chou and Nicholas Edge from Utah Valley University, find that those with greater involvement in Facebook feel that others have better and happier lives than they do. This is amplified for those who have many Facebook Friends with whom they do not interact outside of the online platform. These findings have been picked up by several mainstream media outlets, and unsurprisingly, are used as evidence of the deleterious impacts of an over-digitized world. An ABC news story, for example, retrieved through Yahoo! News, concludes with the following advice:

“So if you are looking for a way to cheer yourself up…you may do well to log off Facebook. Call your best friend instead.”

The comment sections are full of vindicated technological dystopianists extoling the benefits of face-to-face (read: real) over digitally mediated interaction. To keep things consistent, I will share some of the comments from the news story linked above:

“I asked one of my 1,000 Facebook friends if anyone would drive me to the airport…I ended up taking a cab!”

“Cancel facebook and see how many of those ‘friends’ call ya.”

“Between people fooling themselves into thinking they have lots of ‘friends’ and becoming socially retarded with ‘Smart’ phone I see bad things for our future.”

“Get off Facebook and go out and make real ‘live’ friends. It’s much more fun I guarantee you.”

Admittedly, a study such as this is powerful evidence for technological naysayers. A negative relationship between Facebook usage and mental well-being indeed offers a dismal picture of a constantly connected populous. I counter this, however, by arguing that the problem rests not in the platform itself, but in the potentially unhealthy ways that some people engage with it—just as there are unhealthy ways to engage in all forms of sociality, including face-to-face interaction. In order to make this argument, I need first to clarify the social psychological process represented by the findings in this study.

A well established tenet of sociology is that we come to see ourselves as others see us. This was most famously articulated By Charles H. Cooley with his concept of the looking glass self.  One would assume, based on this tenet, that if we all see each other  as leading a happy, successful and fulfilling lives, that we would in turn come to see ourselves in this same light. The findings from the study obviously do not support this. Rather than basking in a shared aura of positive energy and self-esteem boosting reflections, we engage in evaluative practices that are somehow blocked from the targets of evaluation (i.e. our Facebook Friends). The sociological problem then becomes locating this blockage. Why does Cooley’s tenet fail to apply? Why do other’s positive evaluations fail to translate into positive self-views?

This is the case, I argue, because the looking glass self refers to an interactive relationship, and the relationships discussed here, though taking place through a potentially interactive medium, are not necessarily engaged in interactive ways. I want to draw particular attention to the finding that feelings of relative inadequacy are amplified for those with large numbers of Facebook Friends who they do not personally know. These relationships are less about interactivity and more about surveillance. They are less about mutual growth, depth, and closeness, and more about looking, judging, and comparative self-evaluation. They are about, as one particularly clever commenter from the article above points out “keeping up with the Kardashians.”  These are not augmented relationships, but wholly digital ones, where the seer and seen, though officially connected, fail to interconnect. The social psychological process at work here then is not the looking glass self, but comparison processes.

According to comparison theory, classically articulated by Leon Festinger in 1954, we utilize others as a measuring stick against which we learn about ourselves. In constructing this measuring stick, we use all available information. On Facebook, “all available information” is highly selective, and consists primarily of flattering pictures, LOLs, and status updates about happy relationships, happy hour, and happily accepted promotions. Even public self-denigration is often met with an onslaught of positive comments, revealing the self-denigrator not only to be overly modest, but surrounded by close friends who think highly of hir. If we rely on Facebook as primarily a surveillance device, unable to incorporate any information not put forth on the Facebook page, then the measuring stick against which we judge ourselves will represent an unattainably fulfilling existence—making us feel bad.

This is an unhealthy way to use Facebook. And yes, the architecture of Facebook facilitates this kind of use. This does not mean, however, that Facebook is inherently bad for mental health. The architecture of Facebook also affords highly interactive, engaging, and mutually stimulating relations. When used primarily as a platform of interaction (rather than surveillance) Facebook augments existing and potential relationships. It allows us to keep connected with people who care about us, no matter how geographically far away. Facebook allows us to share good news and receive positive feedback. Facebook allows us to share bad news and receive support. These interactive activities promote sociality, mutual support, and an outlet for venting frustrations.

The point is that all forms of interaction can be practiced in a variety of ways—some healthy and some unhealthy. This includes face-to-face interaction. Just as poring over  the carefully crafted photo albums and  strategically curated wall posts of  Facebook-only-Friends can lead to feelings of relative inadequacy, insecurity, and  self-consciousness, so too can sitting in a coffee shop for hours discussing who has the nicest house, who has gotten fat since high school, and who does (and does not) deserve professional respect.

So if you want to feel better, stop stalkernetting and write on your best friend’s wall. While you’re at it, purge those Friends who are merely targets of surveillance, they are messing with your self-evaluative measuring stick.

Good post. Conversation surrounding Facebook and mental health had me wanting to purge some of my network; however, Facebook has made "unfriending" another user so tedious I only managed to unfriend 10 people before I gave up and accepted defeat.

jenny, great post! i'm not at a uni computer so cant access the paywalled article. you say that "those with greater involvement in Facebook feel that others have better and happier lives than they do."

how did they measure "amount of involvement with facebook"?

but your solution is to spend more time on facebook?

i think we can tease this out a bit: they only measured time spent on facebook? what if they had measured amount of interaction such as likes, comments, posts, and posts from others on their wall? what this separates is *active* versus *passive* involvement with facebook.

based on your conclusion, you seem to think that the facebook users who feel inadequate are using the site * passively* and encourage them to use it more * actively*. if we had a measure of *active* uses of facebook, we could see if more *active* use mitigates feelings of inadequacy.

if we had this measure, and you are right in your assumption, this radically changes the implications of the article and how it should then be reported in the news.

That's interesting. I'd like to see more of your thoughts on "Facebook Stalking," as the kids call it, in addition to Facebook-specific Cyber Bullying.

I was one of the internet early adopters, long before Facebook was a significant entity, and thus my experiences with the internet are still moderately shaped by the concepts of a separation between a cyber-identity and the one I have "IRL." Back in those days it was all about the BBS, message boards, choosing an appropriate handle, and reveling in shared anonymity. It was freeing. I was a well-spoken 12 year old that everyone assumed was in his 20's, talking the same nerd talk that regularly caused me to be alienated and ostracized at school. When I talk to other older internet users, they often report similar feelings to my own - that it was online communities of unknown entities that eventually became the greatest support structure.

I'd be really interested to see exactly what changed over time. I know that more widespread use and availability of the internet is definitely a contributing factor. And certainly Facebook itself plays a massive role. Do you know of any literature that explores these internet shifts from a social perspective?

This blog post is a really great illustration of this phenomenon: "the problem rests not in the platform itself, but in the potentially unhealthy ways that some people engage with it."

In reading this, I thought of an interesting parallel. The practice of User-Centered Design was developed as a corrective to the tendency (but certainly not a universal one) among software developers and engineers to "blame the user" for problems caused by technology. The name "User-Centered" was chosen as a way of indicating an alternative to the traditional, system-centered practice of software development, which typically models the user as a subcomponent of the system.

In this view, the user is one of several subsystems that are coordinated together to achieve the builder's goals. This leads to the view that the user can "malfunction" just like any other part of the system, and various corrective measures to restore proper functioning are proposed, and typically these are training courses and educational materials to inform the user of their expected role, similar to what this blog post recommends. The user-centered approach thinks differently about the problem, instead trying to put the user's goals and needs at the forefront.

I hadn't made this connection before, but I think it's a very fruitful line of thinking that I am excited about continuing to explore.

Is it me or is there irony in a bunch of soapbox commenters on an online story screaming out about how people should get off Facebook and get "real" friends?

[...] interpersonal skills in favor of allegedly shallow exchanges and meaningless connections. I discussed this in my post last week. At the same time, to opt-out is to remove oneself from a high-trafficked site of interaction. The [...]

Great post! This is really very timely and interesting :)

Thanks for the informative post.keep posting!