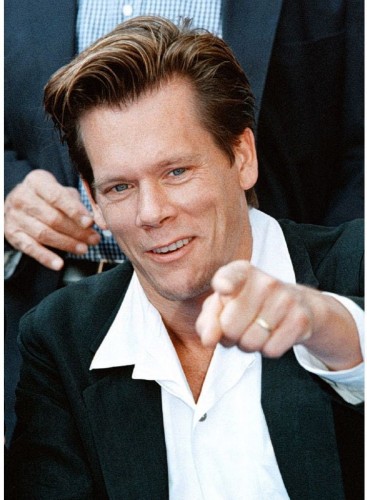 Facebook Inc. and researchers from the University of Milan recently released a study showing that Facebook users are linked by only 4.7 degrees of separation.  This is a significant decrease from the 6 degrees of separation found in Milgrim’s 1967 study, from which the common conception of our degree of networked connection (and the Kevin Bacon game) stems.

Here, I examine what these findings mean in terms of social relationships in the contemporary era.

These findings point to three main things: In the most basic sense, these findings show that Facebook is a highly pervasive and global platform through which interaction takes place. Relatedly, those who interact on Facebook connect to large and diverse networks. Finally, as we increasingly interact on a shared platform, with a wide and diverse group of others, these findings indicate that we are increasingly connected through weak ties. It is this last point that I will expand upon

This increase in weak ties can be interpreted in many ways. With Zuckerberg’s stated goal of an open and connected society, the following excerpt from the report signifies nothing less than a victory for the Facebook team:

When considering even the most distant Facebook user in the Siberian tundra or the Peruvian rainforest, a friend of your friend probably knows a friend of their friend.

The importance of these connections should not be overlooked. Indeed, weak ties are an effective vehicle for the spread of different perspectives, news, information, and opportunities. Classic studies on social networks demonstrate that weak ties grant us access to tangible and intangible resources that exist outside the awareness of our immediate and close networks. 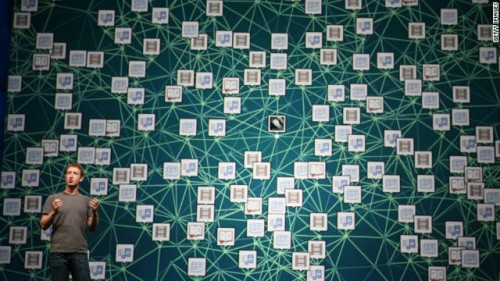 We should be careful, however, about taking this positive outlook too far. Although indirect connections do tie Facebook users around the globe, our direct networks, according to the study, are quite homogenous in terms of age and geography. In short, we interact with others similar to ourselves. Therefore, the notion of a globally connected population, sharing cultures, viewpoints, and information, is a bit unrealistically utopic.

Moreover, an increase in weak ties can (and has been) a cause for social anxiety. As I addressed last week, people fear a loss of privacy and a thinning out of meaningful relationships in light of indiscriminate social network site connections.

These conflicting interpretations leave one with the difficult task of disentangling the costs from the benefits of weak tie connections, and unpacking what it all means when these connections are rooted in a digital platform.

If we take each interpretation individually, it may seem as though instrumental access to resources (a benefit of weak ties) is paid for with the dissipation of meaningful affective connections (a benefit of strong ties).  I argue instead, as I have previously, that weak and strong ties are not mutually exclusive. An increase in weak ties does not preclude the maintenance of strong ties.

The weak ties that connect us through Facebook do not constitute increasingly meaningless friendships, but avenues through which information and resources flow. The news stories, job opportunities, bands, movies, and YouTube videos that I learn about via Facebook will likely reach me through my direct network connections, but will be sourced via indirect network connections. I may never know the source of the information (e.g. a Friend’s cousin’s boyfriend’s brother living in France) but will have access to it nonetheless.  These indirect network connections allow information and resources to be quickly and vastly dispersed, but likely do not result in the formation of new relationships. Indeed, numerous social media studies show that we primarily utilize social network sites to maintain existing relationships, or to bolster budding relationships. We rarely use these sites as a means of meeting new people.

Overall then, weak tie connections provide an expanding path through which resources and information flow in and out of wide ranging network clusters. Each cluster, however, remains tightly knit. As stated in the report:

The Facebook social network is at once both global and local. It connects people who are far apart, but also has the dense local structure we see in small communities

Facebook is neither the utopic open forum, nor the dystopic isolator. It is, instead, an increasingly pervasive communication platform that augments the ways in which social networks operate.

[...] Jenny Davis looks at social ties and Facebook, from the weak to close connections, from the global t... [...]

I find it interesting that the content I find on Facebook still tends only very rarely to be shared from someone not already in my network. This may have to do with having a fairly small network, although very heterogeneous. Overall, the vast majority of content seems to still be personally produced by my friends, rather than dispersed through their connections. Particularly as compared to platforms such as Twitter or Tumblr. It seems to me, from my imperfect vantage, that Facebook's platform is better suited to the maintenance of ties directly, than the proliferation of information beyond them. I wonder what other people's experience of it is?

Criticizing Other Things Like We Criticize the Internet » Cyborgology — December 23, 2011

[...] 100 hours a year commuting to work. Most people do this by car, and they do it alone. Talking to friends on Facebook seems a lot more social than spending over an hour a day alone in a metal box. An argument can be [...]