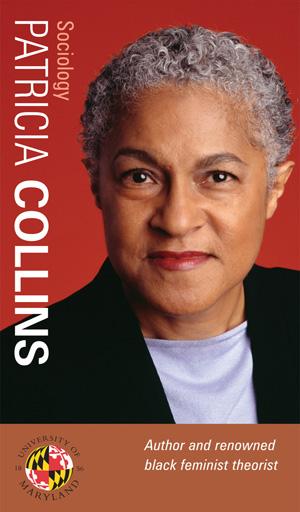 Editor’s Note from PJ Rey: Several months ago, I wrote a post called “Why Journals are the Dinosaurs of Academia,” which argued that goal of academics to circulate their ideas as widely as possible was hindered by their own backward practice of attributing excessive symbolic value to print media. In fact, the academia’s incentive structure rewards the best practices of yesteryear, while wholly ignoring modern communication. This is largely a product of the entrenched interests powerful senior scholars who seeks to consolidate their privileged position by reifying their own established habits. I concluded that, for the academy to continue to be relevant (or, rather, to start being relevant again), we must begin to reward blogging, tweeting, wiki editing, etc.

Given recent interest in the topic, I thought I would repost Patricia Hill Collins’ response.

I agree that the status of a journal should be decoupled from the fact of whether or not it exists in print. The wind is already blowing in that direction as publishers realize how expensive print really is.

I don’t think that journals are necessarily dinosaurs. A good peer reviewed journal by experts in a field can become one important location that can help us wade through seemingly endless ideas on the web with an eye toward influencing informed decisions about quality. The sheer volume of ideas that are now available on the Web means that we need some sort of system (or multiple systems) of vetting those ideas. The journal system, especially in an era of ever-more-specialized journals, can help do that. Digital journals are well-positioned to help with this task. I, for one, don’t want a “thumbs up” Facebook model of voting on intellectual quality.

In short, one good journal can help the public that is interested in a a particular field of inquiry navigate through the vast amounts of data that are now on the Web.

The issue for me is the tightly bundled nature of the current hierarchical ranking of journals with employment hierarchies within the academy. It’s as if the journal system has been hijacked by the audit culture of the academy, one that requires that we place a “value” on everything. Higher education is on a slippery slope rushing to a place of ignoring the quality of the actual ideas in a journal article, instead assuming that a particular article must be “good” because it is published in a “ranked” journal. I find this kind of Group Think distressing — it stunts creativity and privileges those who are already at the top.

So what’s the real dinosaur here and what’s likely to happen to it? Will it go away on its own, running out of food to sustain it? Will it get so large that it will collapse under its own weight, leaving the rest of us a tasty carcass? Or are we missing the current signs that point to transformation in the works, a hybrid entity that fits nicely with your cyborg sensibilities?

Not sure this idea is developed as well as it could've/maybe should've been, but I agree here: "I, for one, don’t want a “thumbs up” Facebook model of voting on intellectual quality."

[...] PJ said before, journals (especially the closed private ones) are the dinosaurs of academia and as Patricia Hill Collins later noted, The issue for me is the tightly bundled nature of the current hierarchical ranking of journals [...]

[...] articles have a continuing and important role in intellectual discussions today and moving forward (a point Patricia Hill-Collins also made in reply to PJ’s piece). Not vestigial organs, journals remind me more of the process of exaptation, referring to [...]

How Academics Can Become Relevant by Nathan Jurgenson « I M A G I N E – newsblog departmentofsociology universityofmaryland — May 18, 2012

[...] articles have a continuing and important role in intellectual discussions today and moving forward (a point Patricia Hill-Collins also made in reply to PJ’s piece). Not vestigial organs, journals remind me more of the process of exaptation, referring to the [...]