Commentary on Race Against the Machine 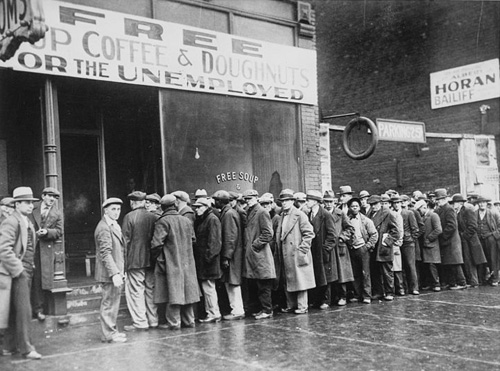 There’s a new ebook out that’s attracting some attention, in part because its conclusions are so startling, in part because its conclusions come from an unexpected quarter. The title is Race Against the Machine: How the Digital Revolution is Accelerating Innovation, Driving Productivity, and Irreversibly Transforming Employment and the Economy. Its authors, Erik Brynjolfsson and Andrew McAfee, are two professors from one of the academic epicenters of tech, MIT.

I haven’t read the book, but I have read the three excerpts (pt. 1, pt. 2, pt. 3) run on The Atlantic magazine’s web site. I would definitely recommend them, both because they’re clearly written and because they document in a dispassionate way some of more important effects of our ever-increasing social and economic commitments to technology.

Suffice it to say that their prognosis for the working man and woman isn’t pretty. According to Brynjolfsson and McAfee, losers in the war between workers and machines could ultimately constitute a majority – perhaps more than 90 percent – of the population.

One example of where we’re headed: Brynjolfsson and McAfee report that the huge Chinese electronics manufacturer, Foxconn, plans to buy a million new robots in the next three years. All will be used to perform tasks previously handled by human beings.

Two things struck me in particular about Brynjolfsson and McAfee’s predictions. One is how closely they resemble earlier warnings about the impact of automation on employment from one of their predecessors at MIT, Norman Wiener.

As the father of cybernetics, Wiener (1894-1964) played a huge role in the early development of automation technologies. He also spent a lot of time worrying about where those technologies might be taking us.

In his 1950 book The Human Use of Human Beings, Weiner described automation as “the precise economic equivalent of slave labor.” Thus, he said, any labor that competes with automation will have to accept the economic conditions of slave labor. As unpleasant as this might be for the slaves, it often serves the ambitions of their owners. “Those who suffer from a power complex,” Wiener wrote, “find the mechanization of man a simple way to realize their ambitions.”

If our only standard is profit, Wiener added, automation will lead us to levels of economic disruption that will make the Great Depression “seem a pleasant joke.”

If Wiener were alive today, he’d surely marvel at the sophistication of the automation technologies now in place. Just as surely he’d shake his head at how much closer we’ve come to the sorts of disruptions he predicted, and at how little we’ve done to prepare for them.

That’s the second thing that struck me about Brynjolfsson and McAfee’s report. The exponential advance of technology is widely recognized both by those who celebrate that advance and those who fear it. It’s a goal of those who work to develop technologies to make them ever more effective and efficient. Incremental improvements achieved day by day, together with the occasional breakthrough, drive the advance relentlessly forward.

Still, the question remains: Whose responsibility is it?

Doug Hill is a journalist and independent scholar who has studied the history and philosophy of technology for fifteen years. More of this and other technology-related topics can be found on his blog, The Question Concerning Technology, at http://thequestionconcerningtechnology.blogspot.com/

[…] had a good post recently about automation called Commentary on Race Against Machine, in which they noted that Norbert Weiner, mathematician, father of cybernetics and author of The […]

[…] to both. Wiener’s predictions that automation would be used to criticise labor are entrance true, and artistic dump is still […]

[…] to both. Wiener’s predictions that automation would be used to criticise labor are entrance true, and artistic dump is still […]

[…] to both. Wiener’s predictions that automation would be used to undermine labor are coming true, and creative destruction is […]