Why the ASA Meetings Need Wi-Fi

The annual meetings of the American Sociological Association were held this past week in Las Vegas. More than 5,000 sociologists converged from departments around the world to meet face-to-face in a massive conference hotel. Planning such an event is a massive undertaking with a vast array of logistical issues; yet, one facet of the meeting, Wi-Fi access (or, rather, its inadequacy), sparked a major debate.

First, we should mention that as conference organizers who have run up against the limits of a venue’s Wi-Fi infrastructure, we understand the difficulties in getting people reliably connected. During last Spring’s Theorizing the Web conference, the Wi-Fi crashed under such heavy pressure. However, we were working with a classroom building on a campus, not a massive conference hotel that already has Wi-Fi access built in. It is now the norm for major conference venues to have Wi-Fi available at a price. While the relatively small Theorizing the Web conference might not have a budget for universal Wi-Fi access, ASA could easily spread the cost over the massive number of those paying for registration (or even make a separate Wi-Fi registration fee).

Having Wi-Fi at the ASA meetings is important. Let’s take just Twitter for an example. As we previously noted, 559 people produced nearly 3,500 tweets with the #ASA2011 hashtag (archived here). This content is being broadcast out to all of their many followers, too (for example, Zeynep Tufekci has over 4,000 followers around the globe). We have discussed before that Twitter creates a “backchannel” to the physical conference, facilitating an “augmented conference” experience. Using Twitter allows one to

Surely there is more (also, see Jessie Daniels and Nathan’s Twitter ASA Bingo Card for more), but the general trend is that attendees can augment passively consuming the conference in physical space with actively producing digital content when given the means (“means” being adequate Wi-Fi coverage, of course).

Twitter users can make points that spread throughout attendees and are often discussed in the session’s Q&A period. The digital conversation quickly bleeds into and becomes again enmeshed with what is happening in physical space. Further, all of this content becomes a tangible and durable archive of the meetings, adding value to the conference itself. As Sociologist Daniel Morrison states, the Twitter “backchannel allows for alternative forms of participation, builds community during sessions.”

We measured the connection speed near the publishers’ exhibition room, and it clocked in at .39 megabytes per second for both upload and download. On the same day we measured the free and open Wi-Fi connection at the Cosmopolitan and it clocked in at 4.25 mb/s download and 5.28 mb/s on upload, or, roughly, 10x faster than that at ASA.  The Wi-Fi connection on PJ’s plane ride home 10,000 feet was .54mb/s, or, roughly twice that of the connection at ASA.  Given the needs of conference attendees, 10mb/s should be the gold standard, and anything below 3 mb/s should be considered inadequate.

It is time for the ASA to include “robust wireless Internet connectivity” to its “factors which weigh heavily in the Council decision” about which conference hotel to choose. 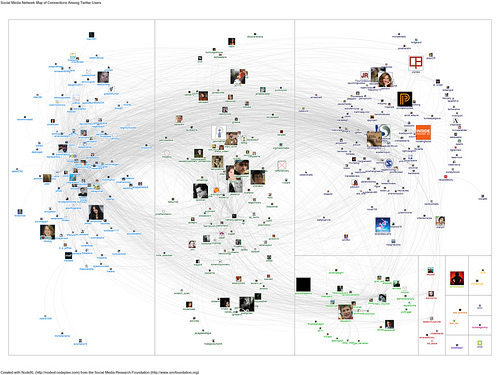 Toward A More Inclusive Backchannel: An Unusual Call To Action » Cyborgology — August 16, 2012

[...] from friends and colleagues rather than on first-hand experience. Disclosure No. 2 is that, like my Cyborgology colleagues, I’m a big fan of what we like to call augmented conferences, or conferences that make [...]