Google Bombing: That Frothy Mixture of Power and Discourse

On the February 21, 2011 edition of The Colbert Report, there was a humorous but still telling segment (watch here) about former Congressional Senator and Representative Rick Santorum (R-PA). The segment detailed the effects of Dan Savage’s appeal to readers and followers to “Google bomb” then U.S. Senator Santorum in 2003 as a response to some of Santorum’s comments about homosexuality. In April of 2003, the Senator made several controversial statements that essentially compared homosexual acts to bestiality and incest, and stated he believed such acts to be a threat to society and the institution of the family (read excerpts from the interview here). Savage, author of the sex advice column “Savage Love,” appealed to his readers to come up with a definition of “Santorum” to memorialize the Senator’s comments as an act of protest.

After settling on a definition, Savage created the website Santorum to promote the newly coined sexual neologism that meant a “frothy mixture of lube and fecal matter that is sometimes the byproduct of anal sex.” Over time, and many searches later, Savage’s website is to this day at the top of the results list when you Google “Santorum.” [In a nutshell, in order to Google bomb, or to inflate the ranking of a site under a particular query, you rely on people clicking on a specific link in the search results list and you rely upon other websites linking to a particular page using a specific anchor text. In this case, other websites linked to Savage’s site using the anchor text “Santorum” and many people clicked on his site when Googling the term.]

As funny as the story is, it raises important questions about the power over discourse given the new possibilities presented by the web. 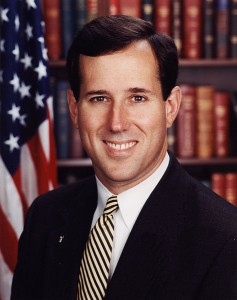 Much is to be said for a crowd-sourced means of discourse. In a very general way, it can be likened to subvertising (see AdBusters) where popular advertisements are parodied or spoofed to illustratively and critically question the meaning of the original advertisements and the discourses they are selling to the consumer. In a more specific way to Santorum’s case, using a Google bomb can be likened to muckraking. Not only did Savage make a successful attempt at a large-scale practical joke, he successfully drew attention to Santorum’s comments about homosexuality. Further, the result of the Google bomb would make it difficult for Santorum to promote his own website and the discourse he would wish to produce about himself on the web, especially should he consider running for the U.S. Presidency in 2012.

Yet, each of these strategies that combat dominant narratives are traditionally produced by the few and the privileged, and the same was true of the dominant narratives. Ultimately, what I wish to highlight with this post is that the web is fostering challenges to existing power relations over the production of discourse. The Google bomb presents an interesting case for the democratization of discourse production, and it provides evidence for possible strategies of altering what discourses become visible in the mainstream.

—William Yagatich is a PhD student in the department of Sociology at the University of Maryland.

[...] This article was originally published by Cyborgology [...]

[...] William Yagatich is a sociology graduate student at the University of Maryland. His current work focuses on the reorganization of power/knowledge relations with regard to the rise of social media. More specifically, he is focusing on how the spectacle of mediated images and discourse are becoming more adept at reshaping and co-opting traditional counter cultures and opposition groups. By implication, the current research focus is also working toward identifying the possible strategies of insurrectionary knowledge production that create space for and the possibility of emancipatory movements. His post originally appeared at Cyborgology. [...]

A Genealogy of Augmented Reality: From Design to Social Theory (Part One) » Cyborgology — January 28, 2013

[...] Once upon a time in Winchester, VA, a nurse and a psychologist wondered what to name their second child (a newborn boy). This little boy would one day grow up to be a famous politician, so it was important to give him a good name. Eventually they settled on Richard (which means “powerful leader”) for a first name, and John (which means “God is gracious”) for a middle name; they gave him his father’s last name, because that was the custom at the time. Yet today, when someone says “Santorum,” do you first think of the former U.S. Senator? Or do you maybe think of columnist and gay rights activist Dan Savage? [...]