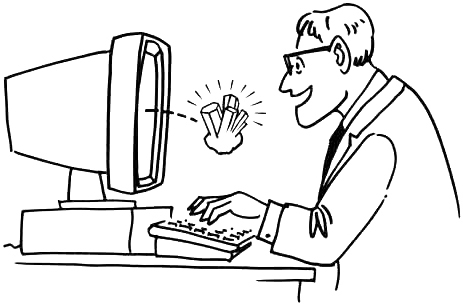 Last week, Wiley-Blackwell held an online conference, entitled: Wellbeing: A Cure-all for the Social Sciences? I was an invited respondent for a paper that might be of  interest to Cyborgology readers called, “Internet Technology and Social Capital: How the Internet Affects Seniors’ Social Capital and Wellbeing.”  Below, I have reproduced my summary and comments:

As Huang (2010) recently demonstrated, the relationship between well-being and Internet use has been widely studied, yet findings are conflicting and require further nuance. This paper makes a major contribution to literature, first and foremost, because of its sophisticated typology of both various subcategories of Internet use and various subcategories of social capital. This demonstrates that the literature has development substantially from the early, agenda-setting “Internet Paradox: A Social Technology that Reduces Social Involvement and Psychological Well-Being?” study, which examined well-being in relation to Internet adoption (Kraut et al., 1998). We learn from the authors of the present paper that the question, “How is Internet use related to well-being?”, is misleading, since there are myriad ways to use the Internet, and these various uses effect well-being differentially. It would be interesting to see if these findings can be replicated in future research for other indicators of well-being (e.g., depression, self-esteem, etc.), since well-being is also multidimensional.

The authors find that use of the Internet for entertainment and to meet new people has a negative association with personal well-being. They theorize that this might be a product of the displacement of certain well-being promoting behaviors by behaviors that are less-effective at promoting well-being. It would be interesting to consider whether causality could be operating in the opposite direction, especially considering that displacement theory has been contested (e.g., Wellman, 2001). The fact that, in the present sample, the least common use of the Internet is meeting new people implies that, insofar people are socializing on the Internet, they are augmenting their existing social ties. Additionally, while it is possible that entertainment uses are displacing more social behaviors, it is also possible that people who have less social capital – perhaps, because they are less mobile or have outlived their much of their social networks – are predisposed to spend more time pursuing entertainment (both online and offline).

This paper certainly helps to focus the discussion on (various types of) Internet use and well-being. I look forward to the discussion it precipitates.