A recent New York Times/CBS News poll finds that nearly 60% of Americans are concerned with income inequality. The overall results may be surprising, given steady economic growth over the past few years. However, sociologist Leslie McCall has an explanation for this post-recession in the New York Times:

The article highlights McCall’s research on public opinion about income inequality, specifically her analysis of the General Social Survey (GSS), a nationally representative survey conducted every two years by the National Opinion Research Center at the University of Chicago. She finds that public concern about inequality rises after recession periods, peaking several years after initial economic growth.

The Persistence of White Supremacy

In February, PBS’s Independent Lens series aired “American Denial,” a documentary examining the powerful unconscious biases around race and class that still shape racial dynamics in the United States. The film largely focuses on Swedish economist Gunnar Myrdal’s 1944 book An American Dilemma: The Negro Problem and Modern Democracy, comparing his findings about race relations in the Deep South during Jim Crow with more recent studies of racism and structural inequalities. Myrdal found that racism was not a “Negro Problem,” as his funders at the Carnegie Corporation of New York had told him, but a problem among whites perpetuating irrational fear of African Americans.

Among the many prominent scholars interviewed in the documentary is sociologist Sudhir Venkatesh, whose best-selling book Gang Leader for a Day took an in-depth look at racial inequality and poverty within Chicago’s most notorious housing projects. In the film, Venkatesh says of racism:

“It’s anything but a ‘Negro Problem.’ It’s a condition produced fundamentally by exclusion, racism, discrimination, and the unequal distribution of resources. I think it’s really hard to say we’re not actually doing much better on a lot of these questions about race, because the narrative is ‘America gets better every day.’ Well, what if it doesn’t?”

The film also recognizes earlier scholars of race including Frederick Douglass and sociologist W.E.B. Du Bois, noting that Myrdal’s work was given more recognition that Douglass and Du Bois’ because it came from a white European and was funded by the Carnegie Corporation of New York.

The documentary can be watched in its entirety here.

As the nation’s gaze is set on Baltimore, sociologists have begun to talk to the press about the massive peaceful protests, outbreaks of rioting and violence, and media depictions of the city as it mourns the death of Freddie Gray (as of today, Friday, May 1, ruled a homicide and under investigation). Much of the emerging public criticism is aimed at media sources and public officials depicting protests as nothing but violent, unfounded riots led by “thugs.” Stefanie DeLuca sees these language choices as important, telling the Washington Post,

I thought the governor calling Baltimore a “state of emergency” was a colossal fail. These framings don’t help us—they take away from the humanity of the people here who have grievances. It takes away from the incredible potential of a city that has been struggling and fighting for everything it has.

Paul Bagguley, whose work focuses on race and social movements, also spoke to the Washington Post, contributing to a piece on looting during riots. He focused specifically on how small outbreaks of crime can happen once large-scale, otherwise civil protests become riots:

During riots, the normal rules of behavior are suspended—participants often describe a sense of freedom—so that normal respect for private property is suspended. In addition, contemporary societies are consumer societies where one’s status and participation in society is defined by consumer goods, hence those excluded from consumption—the poor—are during riot conditions able to obtain valued items.

Other sociologists spoke more broadly to the systemic inequalities that have long divided Baltimore and put men like Freddie Gray in increasingly subjugated, vulnerable positions. In a recent article at Mother Jones, Peter J. Cookson explained how it’s not just physical segregation that creates and reifies inequalities in health, wealth, education, and incarceration, but also disparities in housing safety, extracurricular activities, and educational programs in schools.

In an Op-Ed for The Tennessean, Tony Brown suggests paying closer attention to the evidence of ongoing racism in everyday American life:

We must document the significance of race and racism before we can address it. Make it routine to collect evidence that allows us to address it. Otherwise, we are bound to run in circles debating whether a problem exists, while things get worse.

The Social Norms of Facial Hair

In early April, a men’s fashion article in The Guardian explored the historical significance of beards, describing, for example, how early Egyptian pharaohs wore fake beards as a symbol of power. Since then, facial hair’s place in men’s fashion has waxed and waned, at times symbolizing political power while at other times representing radical lifestyles and rejections of social norms. French sociologist Stéphane Héas explained the political and social connotations of beards.

“Being hairless and clean-shaven, or not, is far from neutral,” Héas said. “Social norms determine how far a beard should be allowed to grow, when it should be trimmed or shaved off.”

He goes on to explain how facial hair has reinforced gendered power in modern western cultures:

The patriarchal, male-dominant nature of western society in the 19th and 20th century almost certainly explains the appeal of sophisticated beards and moustaches. Policymakers made their presence felt through their discourse and facial hair.

Yet despite the power and authority associated with having facial hair, Héas notes that, “being completely hairless has become almost mandatory for western women and is spreading to men.” The beloved beard may be on its way out yet again.

Despite increasing societal acceptance of lesbian, gay, bisexual, and transgender identities, a new study reports that adolescents and young adults with shifting sexual identities are more likely to experience depression. The study, conducted by sociologist Bethany Everett, used the National Longitudinal Study of Adolescent to Adult Health to examine sexual identity, relationships, and mental health among 11,727 youth. By comparing gay, lesbian, and bisexual respondents reporting stable sexual identities with those whose sexual identities shifted or changed, Everett found that only those who changed toward same-sex-oriented identities were at increased risk of depression.

Everett explained her findings to The Economic Times, describing how negative stereotypes may weigh heavily on adolescents: “There is a certain amount of stigma attached to sexual fluidity that may impact mental health during this developmental period.” She also noted how social support might ease sexual identity transition, suggesting that, “supporting people during this time-period may be critical for improving their mental health.”

With presidential hopefuls gearing up for the 2016 election, shifting views about the relationship between the United States and Cuba could influence electoral outcomes, especially in the swing state of Florida. Sen. Ted Cruz and Sen. Marco Rubio, both Cuban Americans running on the Republican ticket and hoping to secure the Cuban-American vote, should take note. Sociologist Guillermo Grenier, who has run the Florida International University Cuba Poll for over 20 years, recently told the Washington Post:

Almost half of Cuban Americans are now U.S.-born, and they are reverting to a full spectrum of political perspectives.

The article explains how, in the 1960s and 1970s, the passion to overthrow Fidel Castro drove Cuban-American political ideology. But since then, a newer and younger generation of Cuban Americans has entered the voting booth.

“In South Florida, immigrants who arrived after 1995 now make up a third of the Cuban community, and most are not Republicans.” Grenier added,

My students think of themselves as Republicans, but they keep asking, ‘How can Rubio be against making Cubans’ lives easier by being against investing in the island?’ Republicans can’t just play the Cuba card like they did 20 years ago.

For Gay Black Men, Negative Stereotypes May Have One Positive Consequence

Sociologists are quite familiar with the combination of marginalized identities that can lead to oppression, inequalities, and “double disadvantages.” But can negative stereotypes actually have positive consequences?

Pedulla’s findings have sparked a conversation among scholars and journalists about the complexity of stereotypes surrounding black masculinities and sexualities. Organizational behavior researcher and Huffington Post contributor Jon Fitzgerald Gates also weighed in on the findings, arguing that the effeminate stereotypes of homosexuality may be counteracting the traditional stereotypes of a dangerous and threatening black heterosexual masculinity.

“Treat yo’self” to Some Sociology 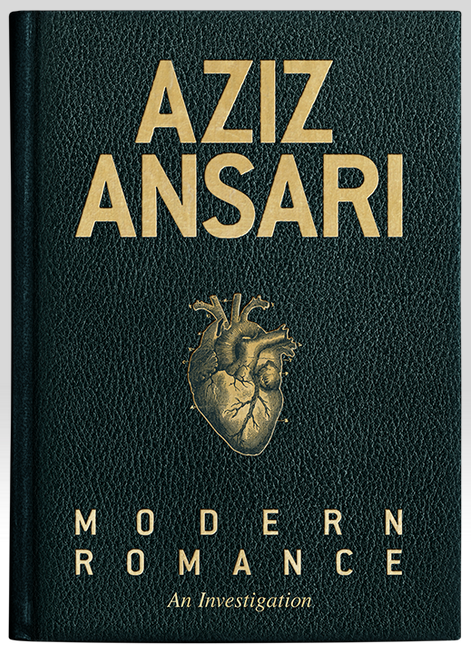 Sociology and stand-up comedy have a lot in common: both reveal deep truths about life experiences and reveal the connections and disconnections of humanity. One just has more citations.

For his upcoming book Modern Romance, stand-up comic and Parks and Rec star Aziz Ansari teams up with sociologist Eric Klinenberg to tackle modern dating in the age of technology. Klinenberg is well known for his work on culture and media, as well as his recent book Going Solo: The Extraordinary Rise and Surprising Appeal of Living Alone. Ansari’s stand-up often pokes fun at the cultural shifts in relationships, but he recently told Time that academic research, including that of MIT sociologist Sherry Turkle, inspired him to delve deeper into the science behind modern relationships:

“I thought it would be kind of interesting to take my point of view and a conversation with someone from an academic field and put that together. If I could do that as a book, I would be able to go deeper into this area than I can in my stand-up.”

For the study, Ansari and Klinenberg interviewed hundreds of people worldwide about relationships, marriage, social networks, and technology. The end result uses Ansari’s comedic spin to explore the sociology behind the changing course of modern relationships. And on stage, it means getting to see Ansari act out a line graph of relationship intensity. How could you resist?

Click here to listen to an Office Hours interview with humorist and story-teller Dylan Brody about his work as “stand-up sociology”.

The study, which surveyed the top 200 worldwide box office films and 1,105 television series in 2012 and 2013, found that racial minorities and women were substantially underrepresented in both acting and directing roles. Those films with at least 30% diversity, however, did best in the worldwide box office tallies.

Study co-author Ana-Christina Ramon believes these numbers show that, “audiences, regardless of their race, are clamoring for more diverse content.” So what’s the holdup?

“It’s a high-risk industry,” says Hunt. “People want to surround themselves with collaborators they’re comfortable with, which tends to mean people they’ve networked with—and nine times out of 10, they’ll look similar. It reproduced the same opportunities for the same kind of people: You’re surrounding yourself with a bunch of white men to feel comfortable.”

Hunt suggests that emerging digital platforms like Netflix and Amazon could create more opportunities for on-screen diversity. Still, he is hesitant to make grand claims about progress: “It’s getting better, but it’s not getting better fast enough. And it’s still a big problem.”

Workplaces May Create Inequalities at Home

“There is a lot of research showing that, in today’s economy, it is tremendously challenging for couples to strike an egalitarian division between work and family responsibilities. … Women who ‘opt out’ of full-time careers often report doing so not because it was their ideal preference, but because the inflexibility of their work hours or the high costs of childcare left them with few options. This limited set of options ends up reinforcing gender inequality, despite the fact that people are increasingly endorsing more gender-egalitarian attitudes and beliefs.”

The study is based on a 2012 survey of a representative group of 18 to 32-year-old unmarried, childless men and women in the United States.