To Keep Women in the Workforce, Men Need to Do More at Home 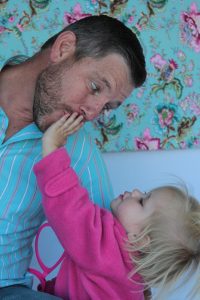 Reposted with permission from the Harvard Business Review.

The arrival of Covid-19 vaccines marks the beginning of the end of the pandemic, but it will likely be months before the risk of contracting the coronavirus subsides and society returns to some semblance of normality. The end is in sight, but in many ways, Americans find themselves right back where they started.

The pandemic has been hard on everyone, but especially on caregivers. The loss of childcare options and in-person schooling combined with a lack of adequate policies providing paid leave and job flexibility resulted in a crisis of care and unprecedented work-family conflict. The loss of these care supports has been particularly consequential for mothers’ careers.

In March 2020, unemployment rates for men and women age 16 and over were indistinguishable — 4.4% for men and 4.4% for women. By April, once shutdowns went into effect and schools and childcare centers were closed, the unemployment rate for women rose to 16.1%, while for men it increased to 13.6%. Among different-sex couples who remained employed in remote-eligible jobs, research shows that paid work hours declined particularly sharply for mothers of children under age 12. Although the gender gap in employment subsided over the summer of 2020, a large unemployment spike among women age 20 and over occurred in September, especially for those in their 30s and 40s — which was likely attributed to the start of the school year.

Many scholars and commentators have called upon fathers to increase their domestic contributions to mitigate the negative effects of the pandemic on mothers’ employment. Our new study, published in Gender, Work & Organization, confirms that in families where fathers do a greater share of childcare, mothers were far less likely to suffer negative employment outcomes in the early days of the pandemic. For the remainder of the pandemic and beyond, fathers who increase the time they spend engaging in childcare can likely alleviate mothers’ burdens and protect their careers.

How parents of young children divided care at home prior to the pandemic was a strong predictor of labor market outcomes in April. Using data collected on 989 parents in different-sex relationships in late April 2020, we found that among mothers doing nearly all (80–100%) of the care of young children prior to the pandemic, one in two (50%) voluntarily left their job or reduced hours in paid work. Increases in fathers’ shares of childcare drastically reduced the likelihood that mothers would experience negative employment outcomes. When childcare was shared equally prior to the pandemic (i.e., fathers did 40–60% of childcare), the probability that mothers voluntarily left jobs or reduced work hours decreased to 15% — a similar probability as fathers (11%). The average drop in work hours for working mothers of young children during the early pandemic was just over three hours per week. For every 20% increase in fathers’ shares of childcare, mothers’ time in paid labor increased by three hours per week.

As previously reported, U.S. fathers’ shares of childcare increased during the early days of the pandemic, and a significant number of couples moved away from conventional arrangements where mothers were responsible for the majority of childcare. Given that women in partnerships with egalitarian childcare arrangements are less likely to reduce their labor force participation, fathers’ efforts to increase their domestic contributions may have somewhat protected mothers’ jobs during the early pandemic — a sobering thought given how many mothers left or lost their jobs. Still, increases in fathers’ domestic contributions were incredibly modest — the prevalence of egalitarian arrangements increased by less than 10 percentage points according to mothers’ reports — indicating that many more men can step up and alleviate some of the burdens on their partners.

Asking mothers and fathers to solve the problem of the pandemic on their own by reordering their divisions of labor will not solve the problem of work schedules that are incompatible with children’s school schedules and care needs. A poll sponsored by the American Psychological Association found that parents reported significantly higher levels of stress during the early days of the pandemic than non-parents. Much of this stress appears to have stemmed from the loss of care supports and inadequate policy responses to parents’ work-family conflict. Our research shows that more than half of parents were using nonparental care (daycare centers, home-based care, grandparents, etc.) prior to the pandemic, but only 3% had their children in the care of others by the end of April.

Our findings confirm that the loss of care supports — in-person schooling most especially — was associated with negative employment outcomes for mothers during the early days of the pandemic. We found that among families using full-time daycare prior to the pandemic or who bore responsibility for creating or sourcing homeschool learning content early in the pandemic, mothers were at significant risk of dropping out of the labor force or reducing work hours. A large proportion of parents (at least half) reported assisting their children with homeschooling in the spring of 2020, and parents agree it was mothers who were doing the vast majority of this new domestic task.

The Solution Must Be Structural

This crisis of care requires structural solutions that go beyond the household. Opening schools and daycares safely is ideal but still not feasible in many places. Structural solutions to facilitate fathers’ domestic labor appears to be the path forward, but these solutions must be supported by business and government.

Increases in father engagement appear to be driven by the ability to be home during the pandemic. Extending work-family policies that facilitate men’s time at home — including telecommuting, schedule flexibility, and paid leave — is key to fathers alleviating some of the burdens on their partners. Though many jobs have become remote positions during the pandemic, it is important to note that telecommuting alone will not facilitate greater involvement among fathers.

The number of fathers working remotely during the pandemic has increased dramatically; our estimates show that the number of partnered fathers working exclusively from home increased from 9% to 41% from March to April 2020. Nevertheless, the increase in fathers’ domestic contributions have lagged because remote work is not necessarily flexible work. Indeed, pre-pandemic data shows that when working from home is mandated by employers, fathers actually do less housework than those who do not work from home or those who work from home for personal reasons. To facilitate fathers’ domestic engagement moving forward, businesses must offer employees as much schedule flexibility as possible.

Paid time off is also important. For too long, American workers have been overworked. Compared with parents in other countries, U.S. parents work many more hours with far less support. Among 38 OECD countries, U.S. workers rank 10th highest in annual paid work hours but last in paid time off. Though the CARES Act provided paid leave for primary caregivers, the new round of stimulus passed by Congress in December did not. Not only must new legislation provide leave, but provisions must explicitly include fathers. Using the general language of “primary caregiver” by default implies that only one parent will be responsible for caregiving and increases the likelihood that mothers will be the ones pushed to take the leave.

Ensuring that the remainder of the pandemic does not further erode the well-being of mothers and other primary caregivers means getting men to do more. Moms have borne the brunt of this pandemic. Dads, it’s your turn to step up.

Daniel L. Carlson is Associate Professor of Family and Consumer Studies at the University of Utah. He studies the causes and consequences of couples’ divisions of labor. He is Deputy Editor of the Journal of Marriage and Family and member of the board of directors for the Council of Contemporary Families. Richard J. Petts is a Professor of Sociology at Ball State University. His research focuses on family inequalities, with a specific emphasis on parental leave, father involvement, and workplace flexibility as policies and practices that can reduce gender inequality, promote greater work-family balance, and improve family well-being (www.richardpetts.com). Joanna Pepin is an Assistant Professor in the Department of Sociology at the University at Buffalo. She studies inequality as it is woven through couple and family relations. Her research focuses on the social paradox in which gains in women’s financial resources are often ineffective at reducing gender inequality within families.