Why we won’t call 911: Too often, police officers’ response to mental illness is deadly 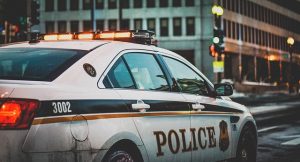 The recent shooting death of Miles Hall, a 23-year-old African-American man in Walnut Creek who struggled with mental illness, reminded me of why I didn’t call an ambulance during my sister, Erica’s, psychotic break.

Mr. Hall’s family called 911 for help, as he ran around with a pointed metal object. The family described it as a garden tool and police called it an iron bar. The day before, his mother,

Taun Hall, notified the police department about their son’s worsening schizoaffective disorder, which can cause delusions, hallucinations, or disorganized speech. Police advised the family to call the police in an emergency.

Despite the family’s outreach, something still went horribly wrong.

Two officers trained in crisis intervention, Tasers on hand, arrived on scene first and fired bean bag rounds to get Mr. Hall to drop the object. When he ran in their direction, which the family explains as an attempt to “run past” officers and toward home, they used a gun, instead of a Taser.

The family filed a civil claim in June and a federal wrongful death lawsuit in September. Mr. Hall’s survivors and their attorney John Burris, said they want this case to serve as an example to California law enforcement of how not to respond to a mental health crisis.

“We are betrayed by a system that failed us, that we had no other option (but) to use,” Taun Hall said as quoted by KPIX in San Francisco. “What else are we supposed to do? We have no other options but to call the police.”

These dangers have dissuaded my family from feeling comfortable calling an ambulance if Erica has another psychotic break.

Eight years ago a security guard at my family’s housing complex in New York City found my sister, Erica, wandering in a daze. She rambled about witchcraft and vampires and said she was going to Alaska.

My sister had no known history of mental illness, but I knew she needed psychiatric help. I called the nearest hospital’s mobile crisis team and asked how quickly help could arrive. The dispatcher said someone would arrive within 48 hours. What kind of crisis intervention can wait two days for a response?

I asked about an ambulance. She warned me that if I called 911, the police would attend.

“Something to keep in mind,” she said.

Erica had never shown aggression before, but that morning, overcome by fear and her delusions, she hit my father and threw objects at me.

She wanted to leave the apartment, and my father and I tried to prevent her from going outside again in her confused state. I pictured a struggle with police, given her uncooperativeness and desire to flee.

She angrily told me there was nothing wrong with her.

At 304 pounds, her size coupled with her agitation made her especially imposing that day. Instead of calling 911, I spent hours cajoling Erica to seek medical help before we finally managed to get into a cab to the hospital.

We’re lucky no police showed up that morning, since Erica’s out-of-character behavior the next day suggests she might have presented in a way that would have caused a police officer to use force in subduing her.

She fought with hospital staff when people there to help tried to prevent her from leaving the ER. They tied her down in restraints and drugged her so heavily that she slept through the weekend.

“I don’t remember anything,” Erica says, of the events from that morning and the days afterward.

Erica spent three months involuntarily committed in a psychiatric unit, followed by years of treatment. Eventually she was diagnosed with schizophrenia and schizoaffective disorder.

Thankfully her medication has controlled the psychotic symptoms. Her own efforts and family and program support has helped Erica avoid inpatient psychiatric re-hospitalization.

She attends a psychosocial clubhouse in New York City, which provides volunteer, work, and educational opportunities and social activities, along with low-cost nutritious meals and caseworkers. Fountain House has given Erica continued support to weather the bumps.

Charleena Lyles, a pregnant African-American mother of four in Seattle, wasn’t so lucky. Neither was Deborah Danner, a 66-year-old black woman in New York. Both women had a history of mental illness and died in officer-inflicted shootings within minutes of police arrival.

Last year, officers armed with Tasers killed three unarmed people with a diagnosed mental illness in a 10-month period in San Mateo County. These represent just a handful of deaths of people with mental illness or disability by police within the last few years.

Attributing these tragedies, whether gun or Taser-inflicted, to human error ignores systemic problems with how we address mental illness in the community. We’ve failed as a society when police are the primary responders to mental health crises.

This shift in care for citizens with a mental illness, with the criminal justice system taking over mental health services, dates to the failures of the 1970s and 80s when people were moved from confinement in large public hospitals and released without adequate healthcare, social services and supportive housing.

Today, jails and prisons provide much of the inpatient psychiatric care in the United States.

Absent a major overhaul in psychiatric services, police will continue to play a frontline role in mental health emergencies. Police departments need to ensure officers can recognize a mental health crisis, receive adequate training in de-escalation techniques, and assess behavior that seems threatening with informed evaluation and not fear.

But the efforts are uneven and inadequate. While increasing, only about half of the San Francisco Police Department’s 1,869 full duty officers have completed the program.

All Los Angeles police officers receive 15 hours of mental health training, which is a good start but far fewer hours than a full CIT course.

Given the vast needs of diverse urban populations across the state, every officer needs CIT. But the programs remain underfunded and understaffed, as a recent Los Angeles County Sheriff Department report outlined.

And even that may not be enough, as the presence of CIT-certified officers has not prevented some of these recent shootings.

In the case of officer-involved deaths, the question of whether officers should have used Tasers instead of guns isn’t the main discussion we should be having. Weapons shouldn’t be the first method of addressing a health crisis. And Tasers kill, too. They can cause cardiac arrest and death even when used “properly.”

With Taser-related deaths on the rise, communities across the United States have begun to reconsider their usage.

Given the unpredictability of interactions with someone in a psychotic state, police departments need to implement better safeguards to avoid heat-of-the-moment breaking of police procedure. Emergency 911 calls with any hint of emotionally disturbed behavior should require the presence of medical personnel from the beginning, with emergency service units arriving first and patrol officers as back-up.

Calls from households with a record of prior police contact for emotionally disturbed behavior should be rigorously tracked and flagged, with CIT-trained officers required to respond.

Officers need to focus on slowing down the interaction and buying time to ensure everyone’s safety, the hallmark of CIT training for encounters with emotionally disturbed people.

Developing listening skills and empathy will lower the odds of violent outcomes to mental health emergencies and benefit all communities when emphasis shifts from aggression to de-escalation.

The bigger challenge is helping officers not to presume people with mental illness are a threat or problem. Stigma is powerful, and psychosis is frightening for everyone involved.

Continued anti-bias efforts, coupled with crisis intervention training, is crucial, considering that many of these deaths involved members of racial and ethnic minority groups. Until we have a more humane, medically-informed system of police response, we will do whatever we can to avoid calling 911 for Erica in a crisis.

Stacy Torres is an assistant professor of sociology at UC San Francisco, Stacy.Torres@ucsf.edu. Her sister, Erica Torres, contributed to this commentary. She wrote this commentary for CalMatters.