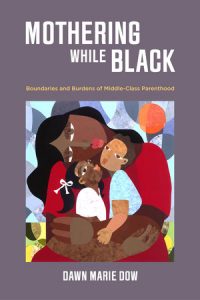 It is common for observers to talk about a “stalled revolution” in family life. Most American mothers raising small children now work outside of the home, but the “ideal worker” remains a man who has no obligations at home because he has a wife to take care of them; and many Americans believe that the “ideal parent” is a mother who takes primary responsibility for the home. Much has been written about the guilt and conflict that mothers feel when they work for pay outside of the home. But for some mothers in America, working outside the home was not a revolution but a long-standing norm. Whereas significant numbers of middle-class white mothers joined the workforce only during World War II and again in the early 1960s, African-American mothers, including middle-class ones, have always worked for pay or as enslaved people. Thus, statements such as “mothers think,” “mothers feel,” or “mothers are seen” might be appropriate for racially, ethnically, or economically homogeneous nations, but not in the United States. Here, the impact of race and class on mothers’ experiences and perspectives makes such claims suspect.

For my new book, Mothering While Black: Boundaries and Burdens of Middle-Class Parenthood, I interviewed 60 African-American middle-class mothers about their work, family, and parenting experiences. They talk very differently than white mothers about what it means to be a good mother. Although caregiving was an essential part of these mothers’ identities, they and their communities often assumed they would work outside of the home. Although balancing the demands of paid employment and raising children did not become easier, this did mean that these mothers often viewed working outside of the home and economically providing for their families as part of the duties of motherhood, rather than as a detraction from them. Indeed, contrary to research and popular discourse that depicts working mothers as feeling compelled to justify their employment, these mothers generally did not do so. In fact, African-American middle-class stay-at-home mothers often felt as though they had to justify their decision not to work.

Patricia Hill Collins and Bart Landry have described how African-American women were historically not able or encouraged to reduce or eliminate their paid employment. In response, African-American women produced their own distinct and positive visions of womanhood and motherhood that incorporated the needs of their communities and supported their work outside of the home. Landry describes how, long before Betty Friedan and the Women’s Rights Movement of the 1960s and 1970s, African-American female activists from the 19th and 20th centuries, such as Ida B. Wells, Mary Church Terrell, and Anna Cooper, were proponents of an ideal of womanhood that combined family, career, and community and, in part, explained why African-American women’s rates of employment were higher than those of white women.

Indeed, the majority of African-American middle- and upper-middle-class mothers I talked to, either employed or stay-at-home, did not feel isolated in their mothering. Instead they experienced motherhood within a community they were already connected to or worked to create. Many of the mothers I interviewed expected support from extended family and community members when raising their children. They felt secure having kin and community members care for their children, and that assistance facilitated their paid employment. Although these networks of care were not available to all mothers, those who had them generally used them. Research on middle-class families often focuses on self-sufficient traditional heterosexual nuclear families consisting of a mom, dad, and children, with extended kin called on only in emergencies. In my interviews, informants described extended family and community networks as sources of assistance that were valued for their own benefit, not merely used as backup. Such networks play an essential role in helping these women balance the competing demands of paid employment and raising children.

The middle- and upper-middle-class African-American mothers I studied made decisions about work and family against a familial and community backdrop that presumed working for pay was one aspect of mothering. They often grew up in households in which two or more incomes were necessary to counter racial discrimination in the labor force. They were connected to  communities where being a strong independent woman is seen as a virtue. Their families and communities generally view positively their decision to engage in paid labor, and provide emotional and instrumental support by helping with child care. Indeed, instead of expressing guilt or ambivalence about their work, African-American mothers employed in middle-class professional careers described themselves as role models of female independence and self-reliance for both their sons and daughters. The positive expectation that mothering responsibilities include breadwinning supports their comfort with paid employment. Ironically, such expectations can also lead stay-at-home others to feel the need to explain their choice.

Of course, structural shifts such as changes in workplace functioning and new family-friendly laws and policies are necessary to reduce the challenges all parents face in the workplace. But my research with African-American middle-class mothers shows that it is also important to encourage cultural expectations and community supports that validate women’s need and desire to combine paid work and caretaking.

Dawn Marie Dow is an Assistant Professor of Sociology at the University of Maryland, College Park, a Faculty Associate in the Maryland Population Research Center, and the Director of the Critical Race Initiative, dmdow@umd.edu. She is the author of Mothering While Black: Boundaries and Burdens of Middle-Class Parenthood, published by the University of California Press, which examines African-American middle- and upper-middle-class mothers’ approaches to parenting their children and their views and decision making about work, family, and child care.