On Prince Harry and Meghan Markle: Interracial Couples and Their Multiracial Children Will Not Save Us 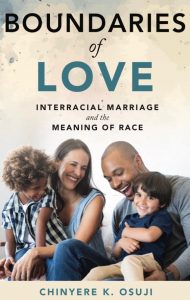 Last year, people all around the world tuned in to watch the royal wedding of Prince Harry and Meghan Markle, an American actress, and this year the couple welcomed their first child. With a black mother and a white father, Markle identifies as biracial and is one of the first Americans to marry into the British Royal family. Black women have been excluded from Western princess imagery until recently with the Disney Princess Tiana, who spent most of the movie as an animal. Yet, with Prince Harry and Meghan Markle, for the first time in living memory, an Afrodescendant woman was the star who ends the movie as a princess in a real life royal wedding.

2017 was not only the year that Prince Harry proposed to Markle, it also marked the 50th anniversary of the landmark 1967 Loving v. Virginia Supreme Court decision outlawing state anti-miscegenation laws. To celebrate interracial love, The New York Times ran an editorial titled “How Interracial Love Is Saving America” by Sheryll Cashin. The author cited research by the Pew Research Center on how 17% of newlyweds and 20% of cohabiting relationships are either interracial or interethnic, many times higher than in 1967. Cashin saw the enlightened whites who had married across color lines as being at the forefront of a New Reconstruction in the Trump Era. Many people think that as an important symbol of racial harmony, Prince Harry and Ms. Markle will change the world. Like these U.S. newlyweds, their love will be the acid melting the boundaries separating blacks and whites.

Unfortunately, it is not true.

Between 2008 and 2012, I interviewed dozens of husbands and wives in black-white marriages in Los Angeles and Rio de Janeiro. I expected them to reveal how they have been able to break down or blur racial and ethnic boundaries in their own lives. Instead, I was surprised to often find the exact opposite. Couples told me how their mere presence could be a spark triggering harassment from strangers in public. Los Angeles couples revealed that they saw individuals perpetrating hostility towards them; blacks, particularly black women, were very overt in their displeasure with interracial couples. For example, Stella was a white woman in her mid-twenties and lived in a predominantly white neighborhood with her black husband, Edward. They went with another black-white couple to a restaurant in Los Angeles. Stella said, “[W]e walked by a group of black girls, and…these two girls were looking right at us and the one girl goes, “That’s such a shame.”

This was different from the reactions Angelino couples received from whites. Mark is a white man married to Kelly, a black woman. He knew white man who had used racial epithets to describe blacks in the past. When he encountered the man again at a family gathering some time later, Mark explained encountering him once more.

And I’m sitting there talking to him, and [Kelly] walked up, and he said, ‘I got to go.’ And he walked away.  Turned around and walked away. And of course, I knew why.

White hostility to his relationship, as it was for other couples I interviewed, was subtle but also a reality. This was true even in Brazil, a society known for its large mixed-race population. Survey research has shown that most Brazilians, whether they identify as black, brown, or white can point to ancestors of different races in their backgrounds. Still, in Rio de Janeiro, the couples I interviewed talked about avoiding the famous South Zone areas of Copacabana and Ipanema because they were predominantly white and very wealthy. It was in these spaces that black women and their white husbands were mistaken for being a prostitute with her pimp. It was also in these neighborhoods that black men were unwelcome, whether with a white wife or not. Far from changing hearts and minds of locals, for the couples that I interviewed, being in an interracial marriage opened up new ways to be antagonistic towards people of color and the people who love them.

The same has been true for the Royal Couple. The Daily Mail tweeted a story of Meghan Markle moving “(Almost) Straight Outta Compton.”  Markle received a racist letter filled with a white powder, emulating Anthrax terrorist threats. These were just two of the many hate mail letters that the couple has received. Given the backlash that these couples endure, it is naïve to pretend that their interracial marriage will be a nail in the coffin of racism.

Many of us forget about Queen Charlotte, Prince Harry’s ancestor, who gave her name to that city in North Carolina. Wife of King George III, Charlotte was a descendant of the black branch of the Portuguese royal family. Yet, her reign did nothing to better the lives of the millions of blacks under her rule, including slaves in the US South or British holdings in the Caribbean.

Perhaps this new royal marriage is a nice symbol of racial harmony. However, it will take much more than a fairytale romance to minimized racial inequality whether in the United Kingdom or the United States.

In the twenty-first century, no one ever says that a man marrying a woman should bring about gender equality. In fact, whether in terms of working couples’ unequal distribution of domestic chores or the wage penalty for motherhood versus the wage bump for fatherhood, marriage and the family can be an institution that reproduced gender inequality. Similarly, we should not expect interracial marriage should lead to greater racial equality. While interracial couples can serve as important symbols, their existence does not reduce inequality.

Rather than waiting on interracial couples and their multiracial offspring to magically end racism, we everyday people need to be involved in anti-racist activism. This can mean checking out the efforts of a local YWCA; joining and funding protests and organizing efforts for black lives; getting involved in local efforts to end mass incarceration; funding nonprofits that support undocumented immigrants. It could also start off by forming reading groups for books like Racism without Racists by Eduardo Bonilla Silva to understand how 21st century colorblind racism has replaced Jim Crow. Those steps are far better than taking the easy route of false claims of colorblindness and waiting for a never-coming miracle of race mixture. Interracial love, like all forms of love, is something to be celebrated. But as we watch the royal nuptials, let us remember that they cannot save us from our racism. Only we can do that.

Chinyere Osuji is Assistant Professor of Sociology at Rutgers University at  Camden. In her book, Boundaries of Love: Interracial Marriage and the Meaning of Race (2019, NYU Press), Osuji compares how interracial couples in Brazil and the United States challenge, reproduce, and negotiate the “us” versus “them” mentality of ethnoracial boundaries. Boundaries of Love is based on over 100 interviews with black-white couples to reveal the family as a primary site for understanding the social construction of race.