Sharenting can be controversial, but are we sure parents don’t care about their children’s social media presence? 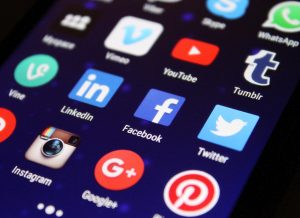 American actress Gwyneth Paltrow has been in the spotlight recently because of an online quarrel with her adolescent daughter, Apple, after the celebrity posted a photo of the two on Instagram without her child’s consent. In April 2019, pop star Pink announced she won’t post pictures of her children on social media anymore, after receiving criticism for an Instagram photo of her two-year-old son looking tired. Some praised the singer’s choice, stressing the perils of leaving children’s digital bread crumbs behind. While these examples concern cases of famous people putting the offspring in the spotlight, they also implement the debate surrounding children’s privacy in the social media age.

In the past few years, the term “sharenting” has gained popularity in the media press and among academics, indicating the act of parents posting pictures, videos, and stories about the offspring on social media. The expression is so widespread that has been added to dictionary.

Several pieces have been published on media outlets discussing the topic and taking a moral stance, suggesting what a “good enough parent” should or should not be doing. One of the main concerns associated with this practice is children’s privacy and their possible lack of agency in the process if they are too young to give their consent. Some wondered whether parents are clueless about data breach risks, with media outlets inviting them to “think twice” before posting.

But what about research? Instead of framing the discussion in terms of what parents are doing right or wrong, let’s take a look at what data say about this trend.

Some numbers. Sharenting seems to be a common trend in the global North, with 85% of mothers in the United States, Europe, Australia, Canada, New Zealand and Japan reporting to have shared pictures of their children under two on social media. Both mothers and fathers have been found to upload photos of the offspring on a monthly basis, in the United States, the UK, and Italy.

But what’s new about sharenting?  The family photo has actually long historical roots, and taking pictures of children is nothing new. What is new is that by posting online we are now crossing conventional time and space boundaries of communication, and our social media pages can get more views than a photo hung on the domestic walls where traditionally family snaps have been shown.

And what is parents’ stance? While parents are sometimes portrayed as naïve and narcissistic, empirical data tell a different story. Many parents do, in fact, think twice before posting, and try to control their children’s social media presence by setting rules with family and friends on whether and what to share about them online. We have been investigating the topic as well, and our preliminary findings (coming soon!) support that if sharenting starts well before the child is born with ultrasound postings, so do the dilemmas parents experience about not only their photo-sharing behavior but also of other people surrounding the child who share about him/her (such as relatives, teachers, etc.).

What about… the children? Few children have been interviewed so far. However, data support they have mixed feelings about it. A study with children aged 10-17 found that some of them are frustrated with the idea that their parents can share details of their lives online, stressing some discrepancies between parents’ own use of technology and rules set in the household. Other data from adolescents (12-14) suggest that most of the time they are okay with the practice as long as it doesn’t compromise the online image they are trying to construct for themselves.

Ultimately, what is at stake here? Of course, there are new privacy concerns, mostly because even when children give their consent their privacy expectations may change over time. Also, many children are too young to consent themselves, leaving adults the responsibility of the choice. As early childhood is a critical site for children’s datafication, and sharenting tend to decrease as a child grows into adolescence, it’s important to focus on the life stage where parents (and adults in general) are more likely to act as guardians of their children’s privacy.

Matters of privacy and agency are intertwined, as the focus is not only on limiting but also on being in control of one’s digital footprints. Children’s social media presence has been normalized, with adults even external to the nuclear family posting about kids. As our data suggest, this creates new opportunities for privacy predicaments as not only children, but also their parents may lose control of the process.

Framing all parents as inattentive and clueless about their children’s datafication means embracing a new moral panic, while telling a different story compared to what data support. However, in an era where social media sharing is part of our daily lives, being an active agent of one’s digital footprints becomes pivotal. As children grow, their ability to govern their data online, and even changing their mind about what was once shared, should be safeguarded. Some have argued that as parents in the United States have a right to share about their children online, Europe’s right to be forgotten can represent an interesting framework to embrace. We contend that, as a society, all adults involved with children to different degrees –and not only parents– can engage in a more extensive reflection on how we think of children as autonomous citizens who step into online arenas in their own terms.

Authors’ information: You can contact the authors to know more about their ongoing project on children’s social media presence at d.cino1@campus.unimib.it and ellen-wartella@northwestern.edu

Davide Cino is a PhD Student at the University of Milan-Bicocca, Department of Human Sciences for Education, and a member of the Center on Media and Human Development at Northwestern University. He studies children’s social media presence and privacy boundaries employing different methodologies and through an interdisciplinary lens.