The Real Mommy War Is Against the State 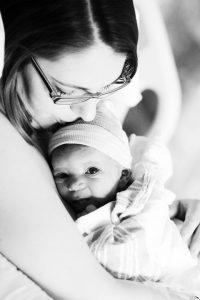 Since 2011, I’ve interviewed 135 middle-class employed mothers in Sweden, Germany, Italy and the United States to understand their work-family conflict. I spoke to mothers specifically because in wealthy nations, mothers have historically been the focus of work-family policies and they’re still responsible for most housework and child care. They report greater work-family conflict and they use work-family policies more often than men. I had a personal interest: I’d watched my own mother struggle to navigate her work and family obligations — a decade-long juggling act that involved occasionally toting my sister and me to boardroom meetings to nap in sleeping bags when babysitters fell ill or schools closed. Years later, it seemed as though the conflict hadn’t eased for many of my peers.

In the United States, almost every woman I interviewed had reached the same conclusion: It was her — or her and her partner’s — responsibility to figure out child care, cobble together a leave of absence (often unpaid), get on a preschool waiting list, find a babysitter, seek advice from friends and acquaintances, and engineer any number of other highly improvised coping techniques. In the lawyer’s case, this meant, among other things, joining a less-prestigious firm that demanded fewer hours and finding the right hands-free breast pump to multitask in her cubicle. The common thread in every conversation was that the parents had to solve their problem themselves, no matter how piecemeal the solutions.

That all makes perfect, if outrageous, sense: The United States has the least generous benefits, the lowest public commitment to caregiving, one of the highest wage gaps between employed men and women, and among the highest maternal and child poverty rates of any Western industrialized nation.

In my interviews I discovered that American working mothers generally blame themselves for how hard their lives are. They take personal responsibility for problems that European mothers recognize as having external causes. The lesson here isn’t for overwhelmed American parents to look longingly across the Atlantic; it’s to emulate the Swedes, Germans and Italians by harboring the reasonable expectation that the state will help.

All the American mothers I interviewed said they felt enormous guilt and tension between their work and family commitments. So did the Italians. But Italian women tended to blame the government for their problems: “Social benefits? Zero. Less than zero. Nobody helps me,” laughed one woman I met, a single mother working at a hospital in Rome. “Does the government help me? No,” she said, “but they should think about helping you a little bit.”

In Sweden, working mothers I spoke with wanted full gender equality and expected to seamlessly combine paid work and child rearing. Mothers there also anticipated that the government would support them in these endeavors — and that’s exactly what the Swedish state, its work-family policy, and the country’s cultural ideals about work and motherhood do. When Swedish mothers feel stressed, they tend to blame the country’s lofty expectations of what parenting should be. German mothers ascribed their work-family juggling act, with its emphasis on traditional home life, to outdated cultural ideals.

American women who worked for companies that provided flexible schedules and paid maternity leave described themselves as “being very lucky” or “feeling privileged.” This privatized approach taken by the United States government and employers exacerbates inequalities among workers. Some elite employers elect to offer helpful work-family policies, meaning only certain workers — typically highly educated, salaried employees — receive these supports. The employees most in need of support, however — vulnerable hourly-wage workers — are the ones least likely to enjoy any work-family benefits. The highest-income earners in the United States are 3.5 times as likely to have access to paid family leave as those at the bottom of the pay scale.

After three months of interviews with mothers in Sweden, I was heartened to discover that the country in many ways lives up to its image as the place where women come closest to having successful careers and fulfilling family lives. But consider the national policy focus responsible for that lifestyle: Sweden prizes gender equality, universal child care and a “dual earner-carer” model that features women and men sharing breadwinning and child-rearing roles.

Women in Stockholm seemed confused or laughed out loud when I used the term “working mother.” “I don’t think that expression exists in Swedish,” an urban planner and mother of two told me. “It’s not like there’s a ‘nonworking mother,’” she said. “I mean, what else would she do?”

We can’t simply import social policies and hope they’ll have the same effect in a different context. For instance, American parents tend to marvel at Germany’s comparatively luxurious-sounding three-year parental leave, which was available to new parents for decades. So, I was taken aback when many working mothers in Germany told me they despised the policy because of the cultural stigma it heaped on their shoulders to not return to work until they absolutely had to. A teacher who went back to work before the end of the allowable parental leave described people telling her: “You cannot do this. You are selfish, you’re a career whore.” 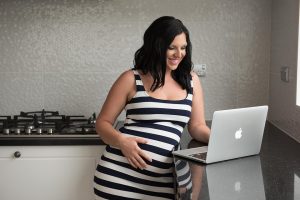 “Balance” is a term that came up relentlessly in my conversations with women in the United States. But framing work-family conflict as a problem of imbalance is merely an individualized way to justify a nation of mothers engulfed in stress. It fails to recognize how institutions contribute to this anxiety.

The stress that American parents feel is an urgent political issue, so the solution must be political as well. We have a social responsibility to solve work-family conflict. Let’s start with paid parental leave and high-quality, affordable child care as national priorities.

Women — again, on this side of the Atlantic — routinely assume it’s their duty to stitch together time off after childbirth. Those fortunate to qualify for parental-leave benefits — even two months at full pay, or six weeks at partial pay — feel real gratitude for such slim provisions. And in a country where most women (too often the poor and racial-ethnic minorities) receive no paid leave at all, that gratitude makes sense. But being able to work and raise the next generation of taxpayers and employees should never be deemed a matter of mere “luck.”

Everyone should feel entitled to more.

Dr. Collins, an assistant professor in the Department of Sociology at Washington University in St. Louis,  is the author of “Making Motherhood Work: How Women Manage Careers and Caregiving.”