When we began the research for our article on divorced coparenting and parent-youth relationships (to be published in the Journal of Family Issues), our expectation was the common sense notion that children will experience fewer negative effects when their parents can cooperatively share parenting responsibilities following divorce. That was not what we found, however.

In our survey of almost 400 divorced individuals with at least one child between the ages of 10 and 18, we asked about their current coparenting experiences with former spouses and their relationships with one of their children (a so-called “target” child). 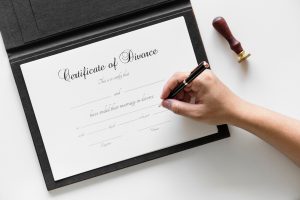 We expected that positive and cooperative coparental relationships would result in more positive parent-child relationships. Clustering coparenting participants into distinct groups based on their communication, cooperation, and conflict, we identified three types of coparenting: (1) Cooperative, (2) Moderately Engaged, and (3) Conflictual and Disengaged. Cooperative parents (41% of the parents in our sample) had the highest scores on communication and cooperation and the lowest scores on conflict. The Conflictual and Disengaged (16% of parents) had the lowest communication and cooperation scores and the highest levels of conflict. Moderately Engaged (43% of parents) were in the middle. These groups were similar to groups of parents identified in other studies (for example, Amato and colleagues, 2011; Beckmeyer and colleagues, 2014). 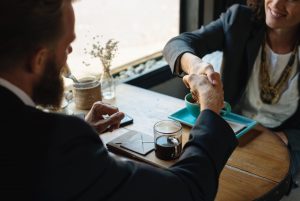 Most states require divorcing parents to attend divorce education programs. The content, length, and delivery of these programs can vastly differ from state-to-state, but these programs are often based on the same assumption as our study; that cooperative coparenting between former spouses will support positive outcomes in the children. Others, though, provide some evidence that cooperation is difficult to sustain among divorced parents. Our results provide some support that children may not be impacted by disengaged or conflictual coparenting and call for a deeper look into how different types of coparenting (i.e., cooperative, parallel) may be beneficial. Divorce education programs should also ensure that they are addressing contact between parents and children.

Obviously, more research is needed on the effects of coparenting “styles” and children’s wellbeing. We call for researchers and parent educators to explore how angry and uncooperative parents manage to raise children as effectively as coparents who seem to be working together well. Maybe it is the quality of the coparents’ relationships with their children that matters the most after divorce, and not their relationships with each other.

Troilo, J. (2016). Conceptualizations of divorced fathers and interventions to support involvement. Journal of Divorce and Remarriage, 5, 299 – 316.