Per Coontz, Equality is Agenda for All Working People Not Just Feminists 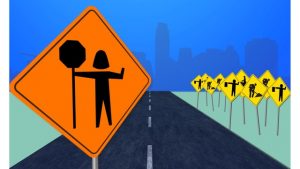 VR: You edited Jill Yavorsky’s brief on hiring-related discrimination, where she reports that both men and women are stereotyped in hiring decisions–and men suffer from this, though women suffer more. How does history play a role in this?

SC: It wasn’t until 1972 that The Equal Employment Opportunity Act prohibited job discrimination on the basis of sex, and not until 1973 did the Supreme Court definitively rule that newspapers could not sort job ads, as had been done for decades, into “Help Wanted: Male” and “Help Wanted: Female.” I studied New York Times ads from the 1960s where employers openly stipulated that applicants must be “pretty-looking, cheerful,” “poised, attractive,” “perky,” and even “really beautiful.” No ads for females stressed analytical abilities—only ads for males did. Many employers clearly agreed with the psychiatrist who argued in a 1962 Yale Review article that most young women “are incapable of future long-range intellectual interests” before they had married and raised their children – if then.

The fact that women are now considered equally capable of handling jobs that require education, analysis, and reason is a step forward. But as Yavorsky shows, employers still tend to believe that men are best suited for challenging jobs that require physical or mental prowess. Her findings likely underestimate the full extent of discrimination because many studies find that when jobs are described as requiring stereotypically male attributes, or the majority of workers pictured in the ads are male, women are discouraged from applying in the first place.

VR: What is your view of Yavorsky’s finding that women applying to men’s middle-class jobs experience fewer barriers in getting in the door–but they appear to face significant barriers once they are at work?

SC: This seems to be especially true in elite professions. As I point out elsewhere, the greatest wage discrimination by gender used to be in working-class and lower middle-class jobs, partly because of men’s greater rates of unionization. But as wage rates and job security in many traditional blue-collar jobs have fallen, we now see the opposite. Many women have established a firm foothold in mid-level middle-class jobs, and their wages have risen significantly. In the most elite professions, however, men’s wages have risen exponentially more, so that the biggest gender wage gaps are now at the top of the occupational ladder rather than at the bottom or middle.

Once women (and minorities) do get hired in traditionally male blue-collar jobs, they tend to be paid similar wages to men, accounting for seniority. But professional jobs where raises, promotions, and incentives rest on more subjective standards allow more free rein to sexist and racist biases.

VR: Men who apply for women-dominated working-class jobs appear to be subject to hiring discrimination, and Yavorsky suggests that as jobs shift to more service sector jobs, this could become a growing problem. Do you agree?

SC: On average, women’s wages still lag behind those of men with comparable education and experience. But more women than men have been upwardly mobile over the past 40 years, because working women have made slow but significant gains from a very low base, while men have lost many of the secure, well-paying blue-collar jobs once open to men without a college education. Between 1979 and 2007, the percentage of workers in middle-skill occupations fell, but for women the vast majority of this shift was due to their moving into higher-skill jobs as they got more experience and education. By contrast, a full half of the shift for men was into lower-skill jobs. Ironically, then, women’s historical disadvantages have incentivized many to seek more education to make a secure living, but men’s historical advantages have slowed their response to the changing job market. Many still believe they can earn a living wage without a college degree, or they assume that all female-dominated jobs will pay less and have less opportunity for advancement. As Yavorsky shows, employers exhibit the same stereotypes in reverse, discriminating against men even in – especially in — the mid-status, middle-class jobs that are expanding much more quickly than other sectors of the economy and that now pay more than many traditionally male-dominated blue-collar jobs. With most families requiring two incomes to get by, gender equality in hiring and promotion ought to be on the agenda of all people who make their living through wages, not just feminists.

Stephanie Coontz is author of Marriage, A History: How Love Conquered Marriage. Follow her at @StephanieCoontz. Virginia Rutter is co-editor of Families as They Really Are. Follow her at @VirginiaRutter.